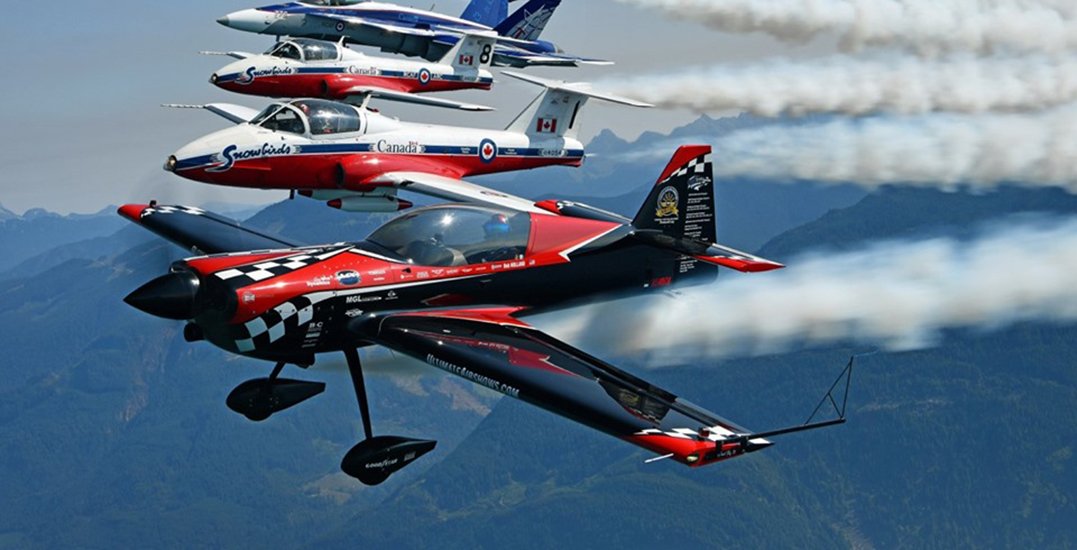 The Abbotsford International Airshow, one of Canada’s premier aviation events, has announced its return to the Lower Mainland later this summer.

The aviation spectacle first began as a community fundraiser but has since grown to attract massive crowds and phenomenal performances.

This year, Abbotsford International Airshow will return as SkyDrive, a drive-in airshow experience that will bring back all of the aerial excitement of the popular event.

Attendees will still be able to enjoy spectacular aerobatics, intricate routines, jaw-dropping formations, and fantastic parachute work — but from the comfort of their own 400-square-foot spot on the airfield, right beside their vehicle.

Organizers add that the new drive-in event plan was made necessary due to the ongoing health precautions and has seen success based on other drive-in air shows held in both Canada and the United States.

Performers already confirmed to appear at SkyDrive include the Canadian Forces Snowbirds (who will be celebrating their 50th season), the United States Air Force F-22 Raptor, and Royal Canadian Air Force CF-18, with many more to come. Twilight evening performances with fireworks will also take place during the first two days of the airshow.

The three-day event is hosted at the Abbotsford International Airport and runs from Friday, August 6 to Sunday, August 8, 2021.

Organizers say that tickets will be made available for purchase soon, with additional information about this year’s event online.