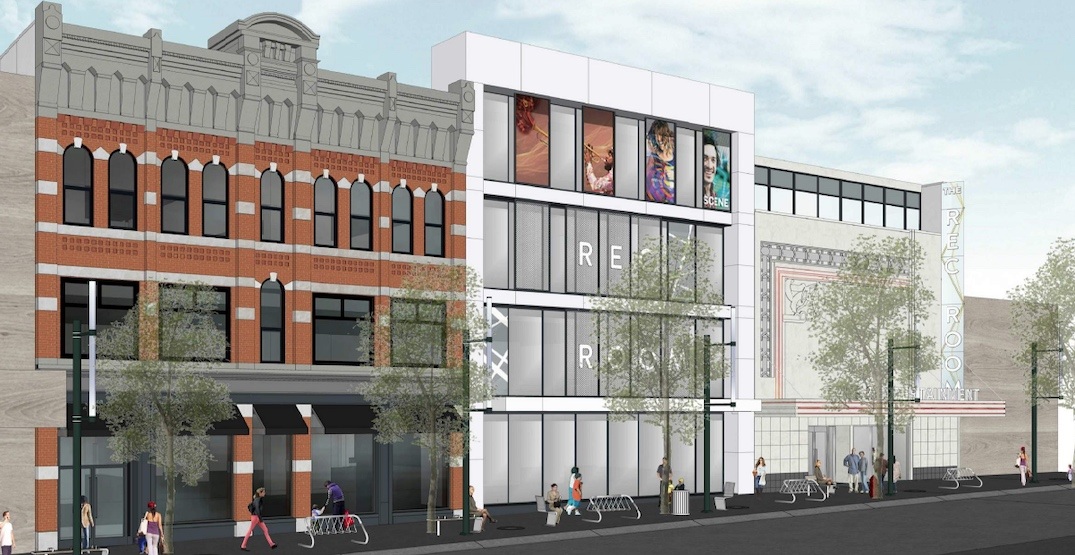 Cineplex’s plan to open The Rec Room at the downtown Vancouver complex that was previously home to Empire Granville 7 theatres has advanced to the development application stage.

The latest design for the redevelopment at 855 Granville Street, comprised of three interconnected buildings, is an adaptation of the 2016 design for the theatre complex’s conversion into other uses.

Like the early design, the modified proposed concept for the entertainment complex retains the Granville Street heritage facades of the 1893-built Palms Hotel (south building) and the 1913-built Coronet Theatre (north building), but the facade of the 1986-built contemporary structure (centre building) will be demolished and entirely replaced. 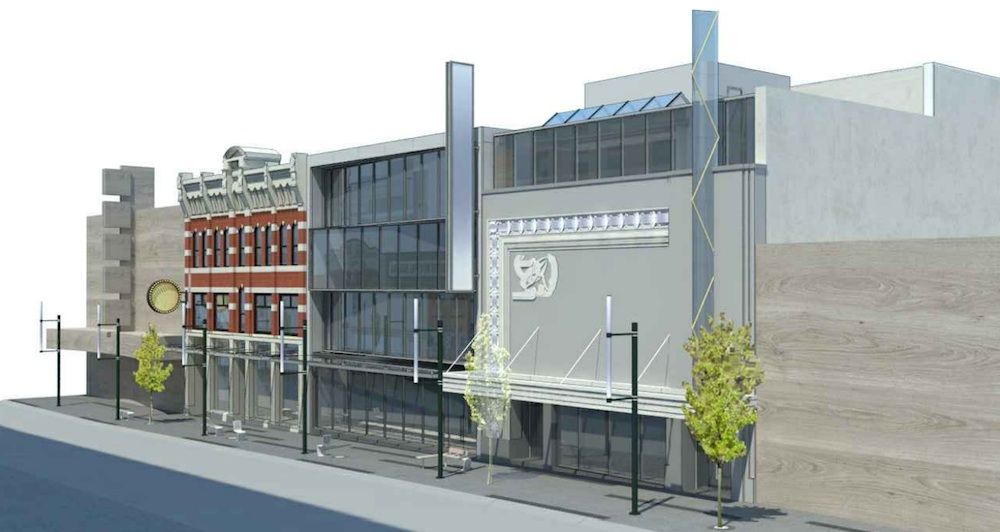 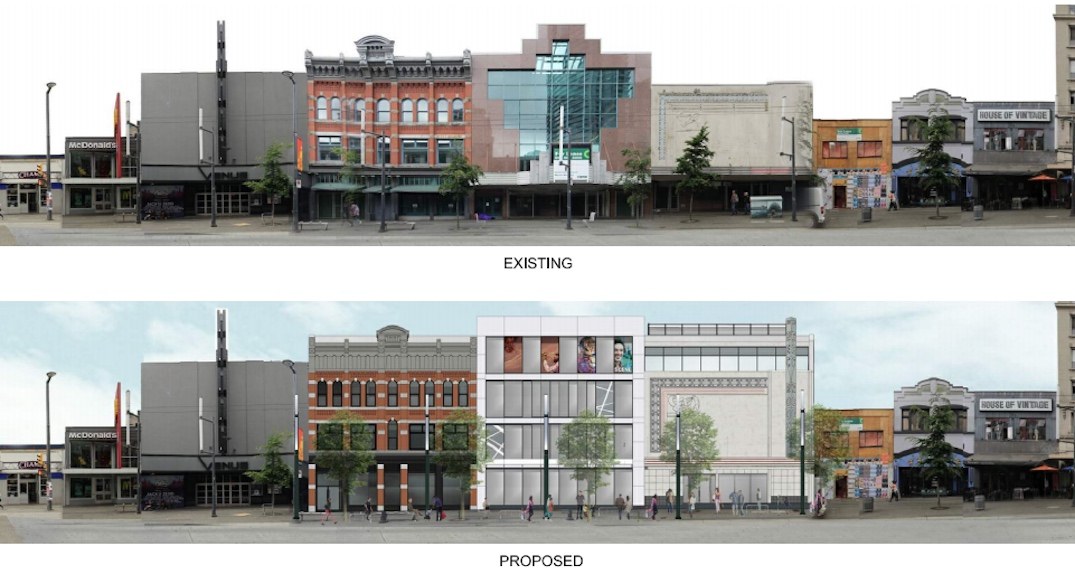 “The proposed combined elevation has been designed so that there is a strong visual comparison between the three individual facades. Each individual facade will demonstrate a different style of architectural language and help achieve the city’s vision for a dynamic Granville Street,” reads the design rationale by Musson Cattell Mackey Partnership.

“The re-introduction of past architectural elements, such as signage and deep canopies, will help rejuvenate the street elevation and bring it back to its former glory. The idea is to unify these three buildings, although they have different architectural style.” 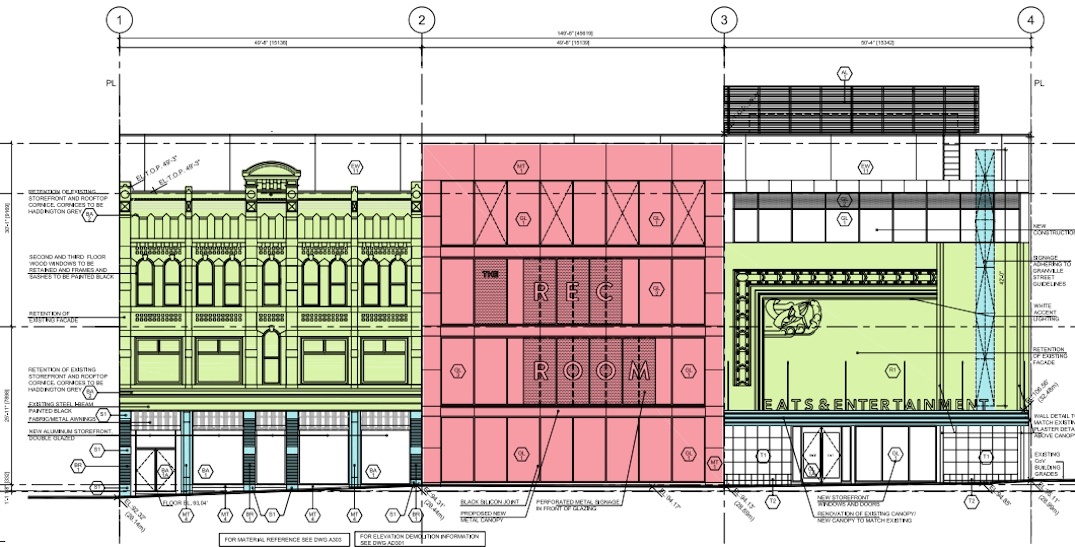 The building’s space is roughly divided in half into two uses; half will be devoted to dining and live entertainment, while the other half devoted to amusement games and feature attractions.

There will be multiple dining options, such as Three10, an upscale casual restaurant that will offer a menu of shareables and handcrafted dishes.

Several bars throughout the space will allow sports fans and cocktail lovers to grab a drink, eat, and watch the big game on large screens. A significant rooftop patio space is also planned.

When it comes to entertainment, The Rec Room will feature a gaming area with over 100 amusement games, including air hockey, pool, ping pong, as well as the latest immersive virtual reality experiences and luxury bowling.

“New storefront glazing and doors will be added between all existing openings on the ground floor. Deep metal and fabric canopies will be incorporated into the facade responding to the Granville Street Guidelines,” reads the design rationale. 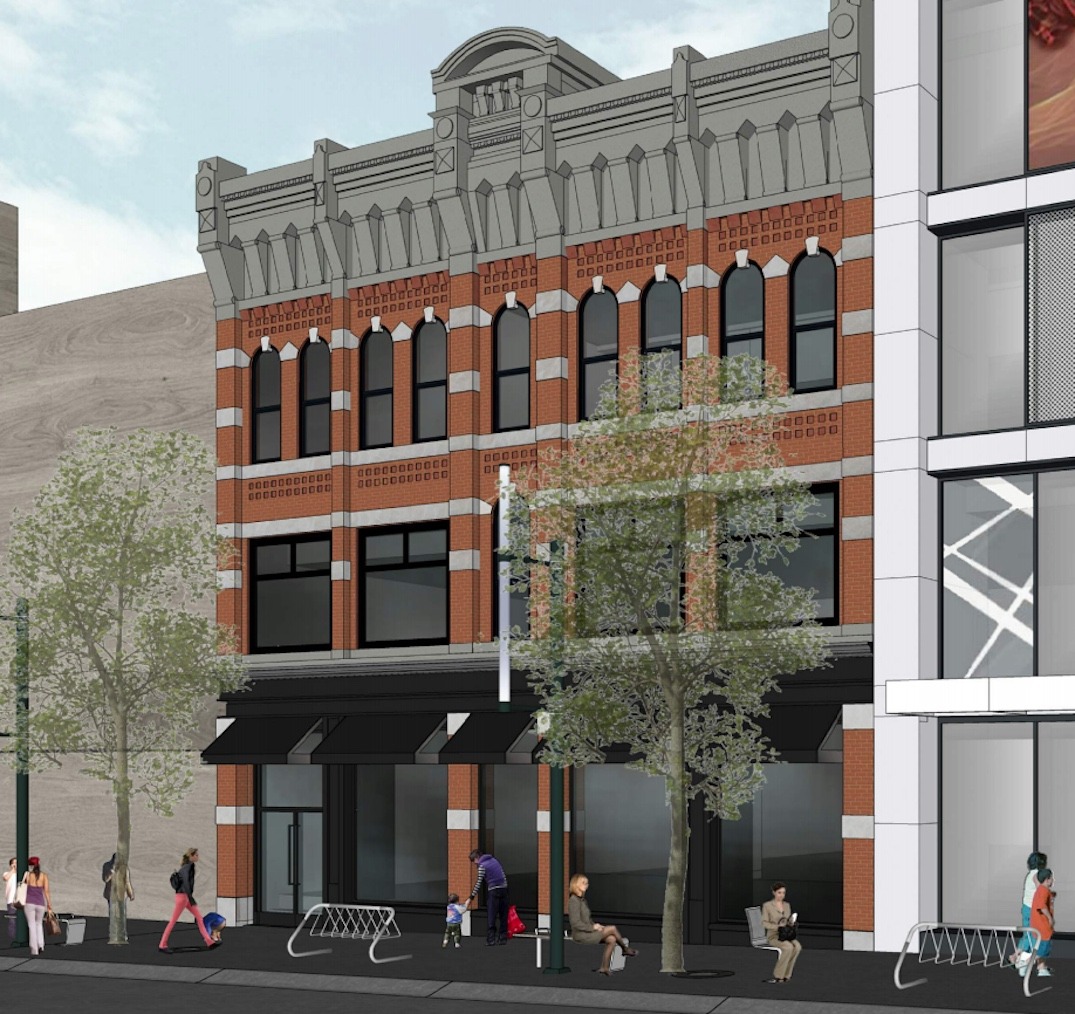 “The facade respects the massing and scale of the heritage structures,” continues the rationale. “The massing is broken up into four horizontal curtain wall facade blocks. This breaks down the scale of the facade taking its cue from the adjacent heritage buildings. The modern expression is a counterpoint to the heritage facades.”

Art deco features of the north building will remain, with the upper portion of the front facade retained and restored. A new vertical blade “The Rec Room” sign will be installed, and the existing canopy with neon lighting will be rebuilt.

The storefront level of the north building’s facade will be modified for its purpose as the main entrance into the entertainment complex. 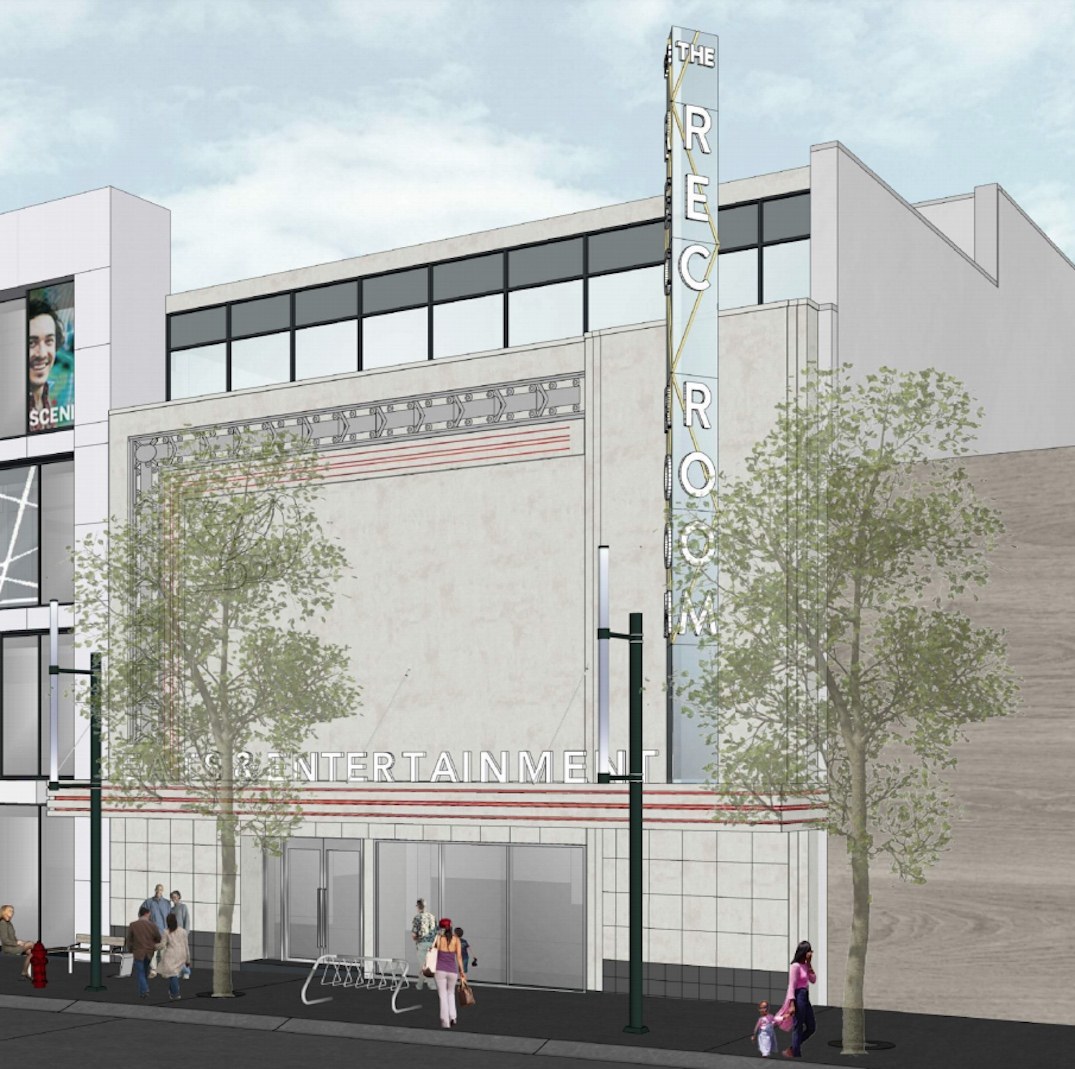 Cineplex formally announced The Rec Room Granville this past spring, and it has plans to open the attraction in late 2021. Upon opening, the entertainment complex is expected to help revitalize the Granville Entertainment District.

Empire Theatre shut down this seven-auditorium location in 2012, and the large space has sat vacant ever since.

The Rec Room Granville’s basement event venue will utilize the liquor license of the nearby Republic Nightclub, which is set to permanently close for a retail and office redevelopment.

The company’s first The Rec Room location in Metro Vancouver will open at The Amazing Brentwood in the summer of 2020. The Burnaby attraction will also feature VIP Theatres.