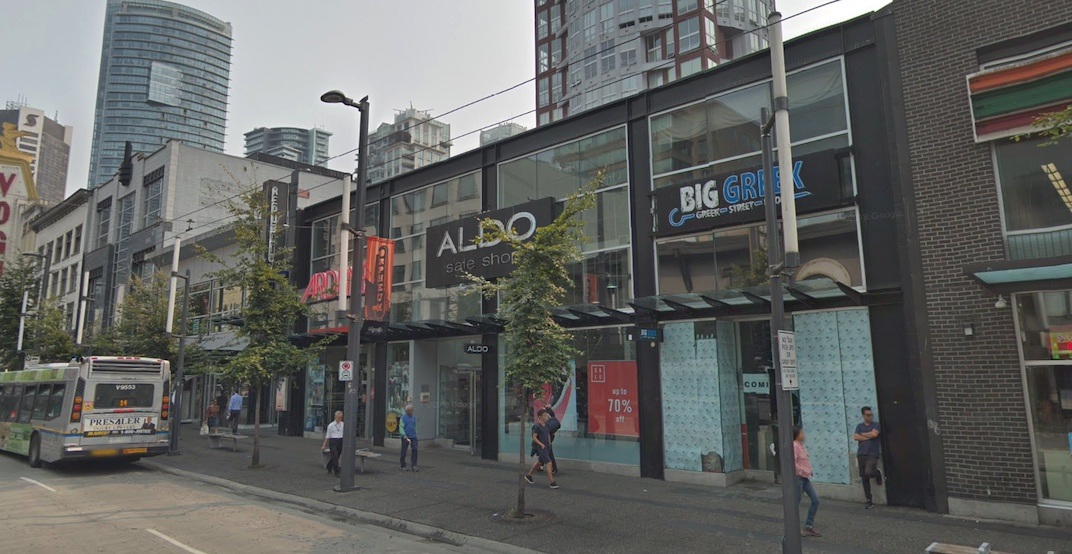 The Granville Entertainment District in downtown Vancouver continues to evolve, as an almost half-city block sized redevelopment has been proposed for the 900 block of Granville Street.

A development application submitted to the City of Vancouver by Bonnis Properties seeks to redevelop three properties at 952-968 Granville Street — occupied by two relatively new two- and three-storey retail buildings — with a new four-storey commercial building.

Altogether, the three lots span an area of 21,000 sq. ft. and are bookended by The Roxy Cabaret to the north and the retail building with 7-Eleven and Tim Hortons to the south. 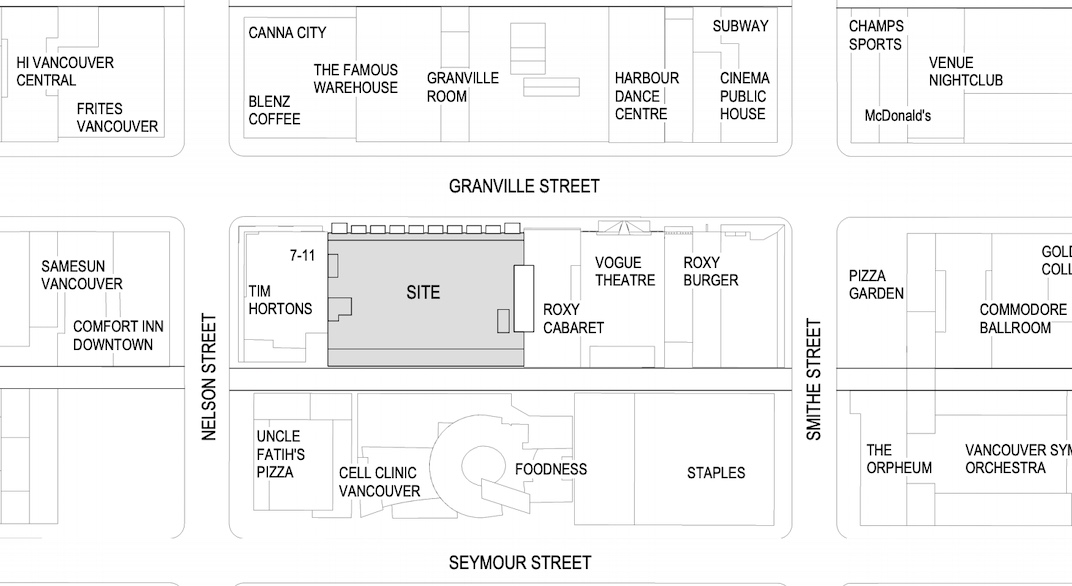 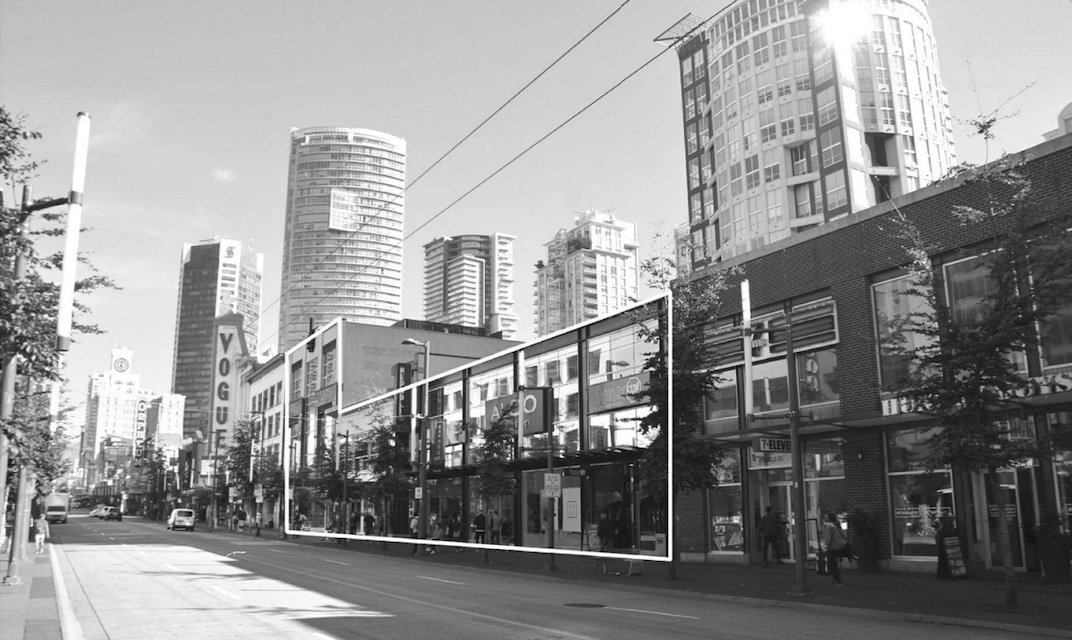 A total of 102 vehicle parking stalls are planned for three underground levels accessed from the laneway.

Preliminary drawings of the application indicate an exterior design entailing glass, screen terracotta, and a variety of cladding. 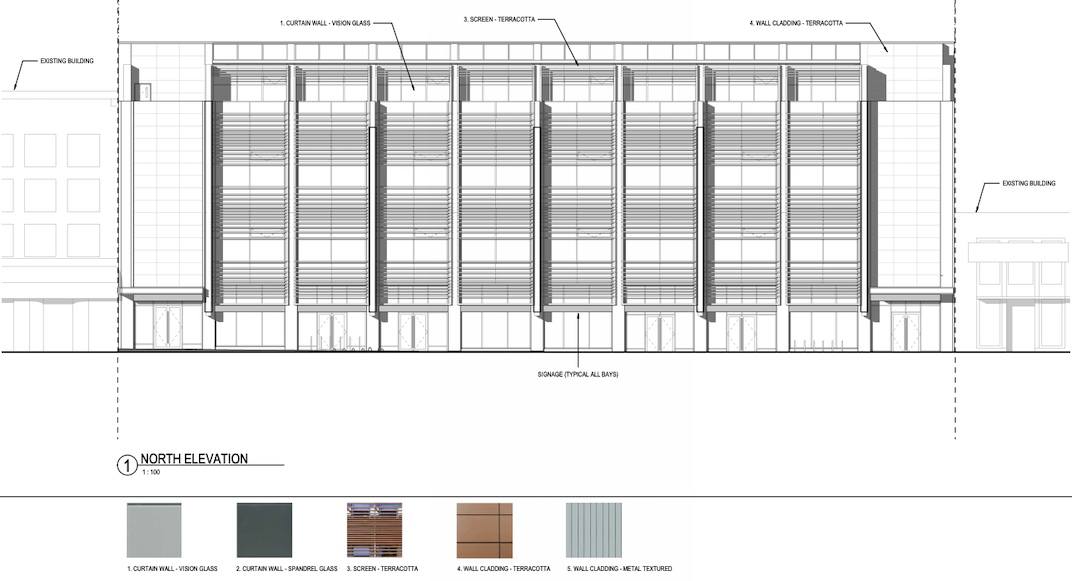 The combined assessed value of all three properties is in excess of $39 million.

Bonnis Properties also owns the old Tom Lee building directly across the street, which has been converted into a Spaces co-working office location that will temporarily house Deloitte’s Vancouver corporate office. Its portfolio in the area includes the retail building at 798 Granville Street, which is best known for Best Buy and Winners, as well as an upcoming retail and office building proposal at 600 Robson Street.