Get ready for some gaming, as a massive hub for dining and entertainment is set to open in downtown Vancouver.

Cineplex formally announced its plans today to open The Rec Room Granville at 855 Granville Street in the Granville Entertainment District, within a mid-block building complex that was previously home to Empire Granville 7 theatres.

“We could not be more excited to bring The Rec Room to Vancouver’s lively Granville Entertainment District and introduce residents, visitors and tourists to a unique new social playground where they can eat, drink and play,” said Ellis Jacob, President and CEO of Cineplex, in a statement.

“The Rec Room Granville will be the perfect destination for everyone – from young adults to those who are young at heart – and the ultimate gathering spot for corporate events and parties.” 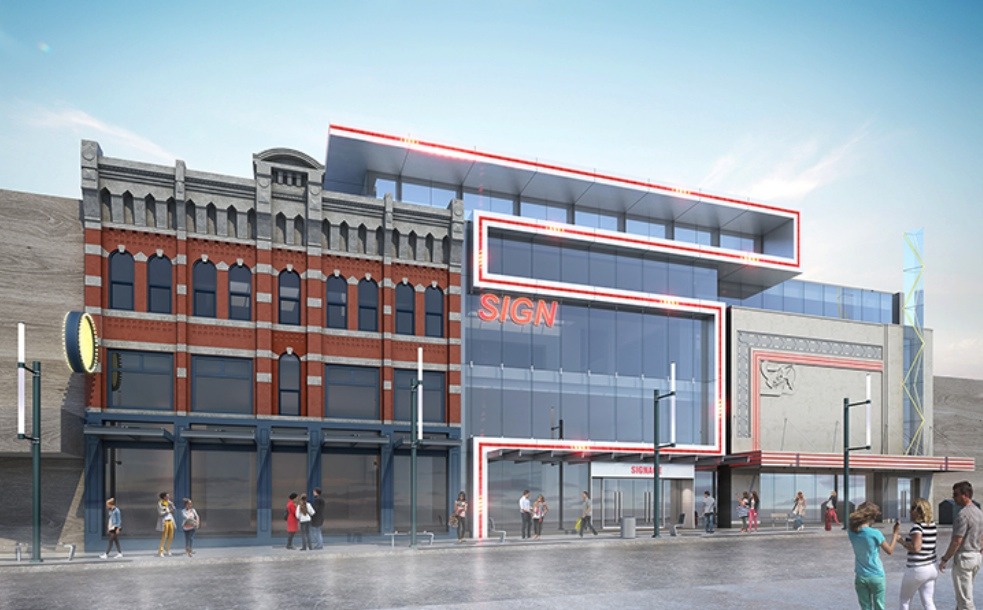 This Rec Room will span about 45,000-sq-ft of floor area over three floors of the three-building complex and include an expansive rooftop patio. The building’s space is roughly divided in half into two uses; half will be devoted to dining and live entertainment, while the other half devoted to amusement games and feature attractions.

There will be multiple dining options, such as Three10, an upscale casual restaurant that will offer a menu of shareables and handcrafted dishes. Other options entail quick service food areas, including The Shed, featuring premium poutines, savoury eats, and made-to-order mini donuts.

Several bars throughout the space will allow sports fans and cocktail lovers to grab a drink, eat, and watch the big game on large screens. 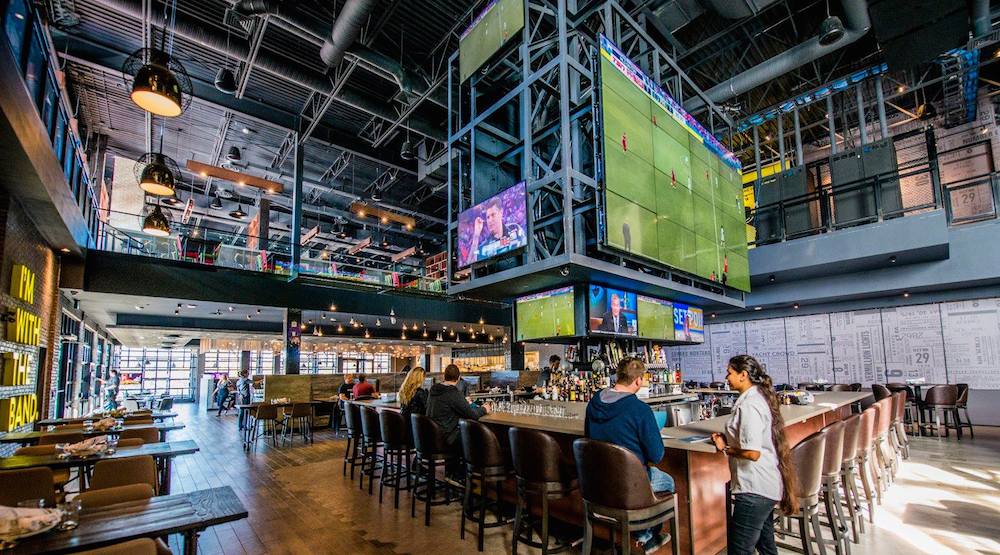 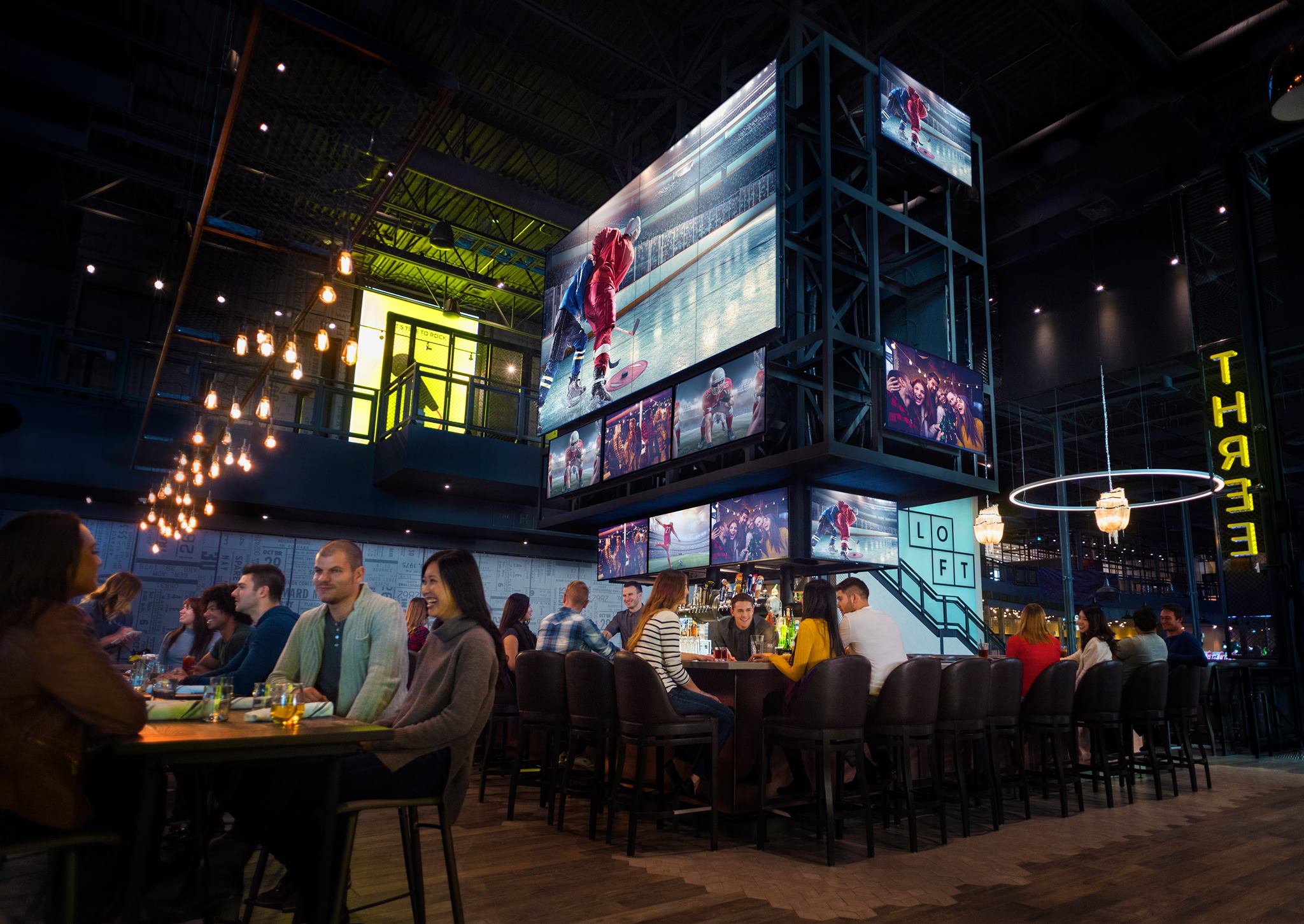 When it comes to entertainment, The Rec Room will feature a gaming area with over 100 amusement games, including favourites such as air hockey and pool and ping pong, as well as the latest immersive virtual reality experiences and even luxury bowling.

Live performance spaces in the building will set the stage for bands, musical acts, comedy, trivia, karaoke, and live DJs.

An 11,500-sq-ft basement level will be turned into a new event and concert venue with a stage. This venue will have a liquor primary license capacity for 646 people. 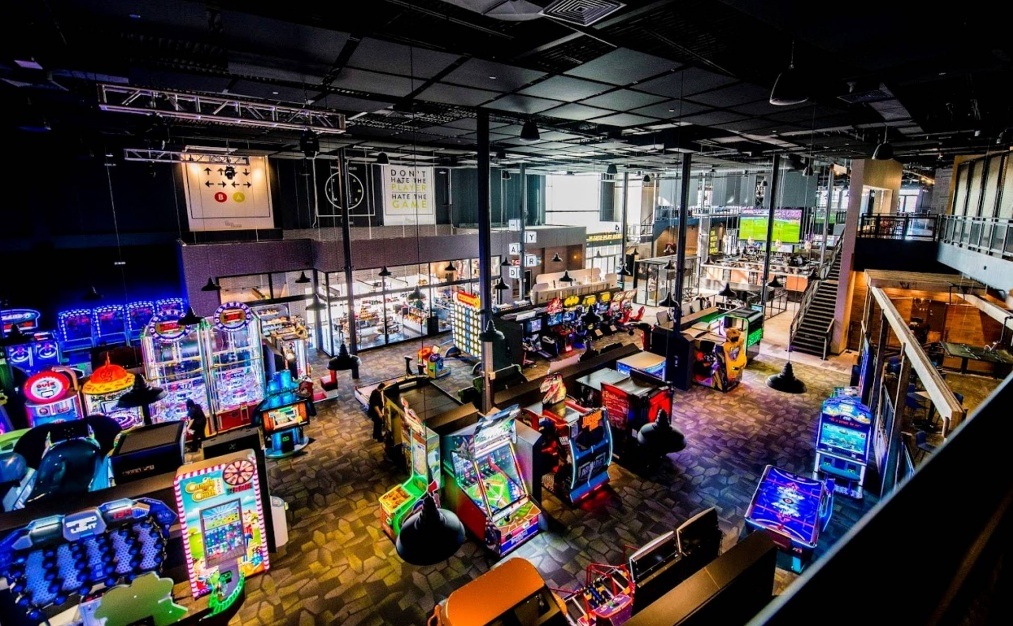 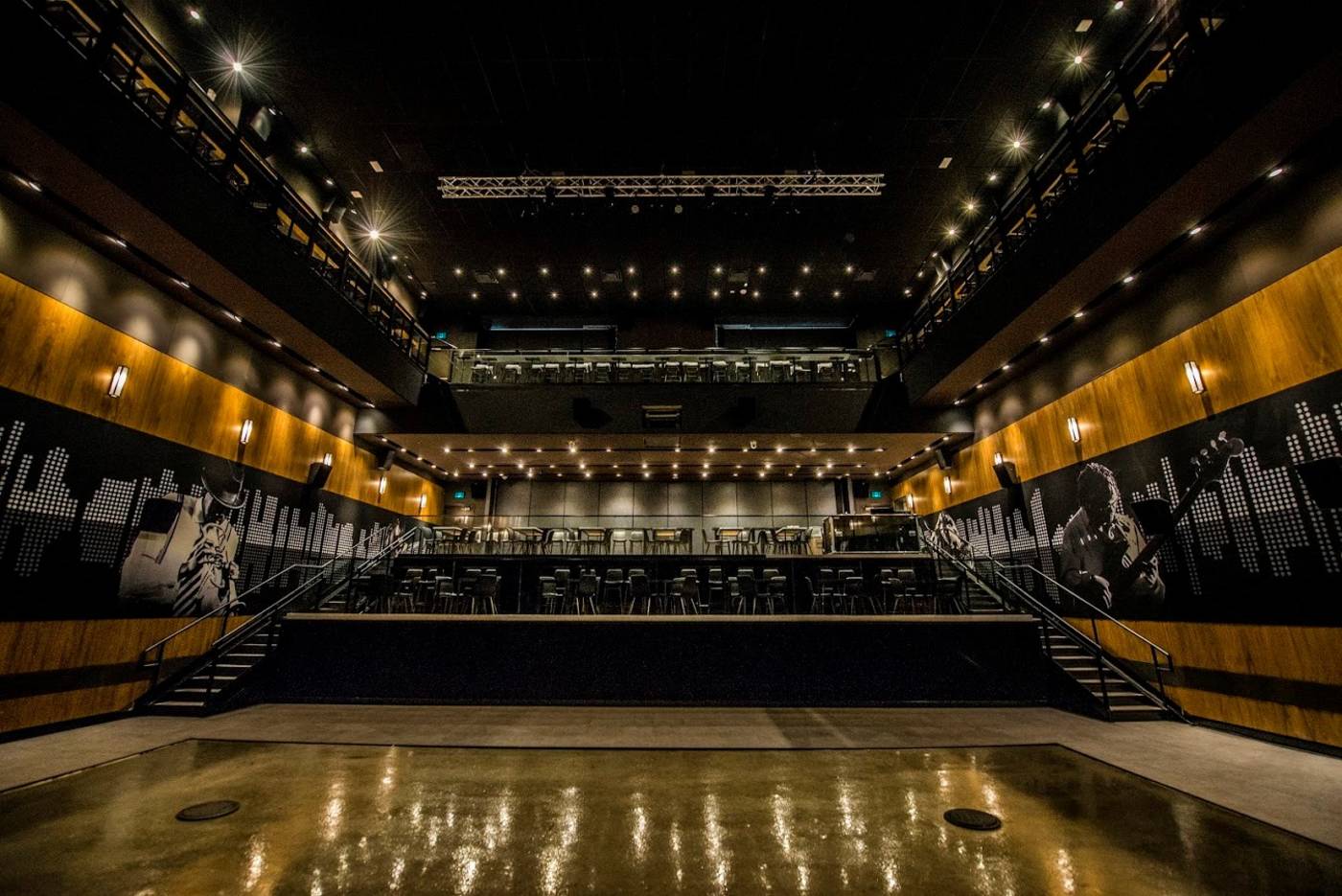 The auditorium for live music and performances at Cineplex’s The Rec Room in South Edmonton. (Cineplex)

In January, Daily Hive was the first to report on Cineplex’s plans to open The Rec Room at the former theatre complex. It will also result in the closure of the nearby Republic Nightclub, which will be transferring its liquor license to The Rec Room’s basement event venue. Republic Nightclub’s current location is set to close regardless, as its space is affected by a future retail and office development.

The transformation of the former theatre complex, which has been vacant since 2012, into The Rec Room is expected to provide the Granville Strip with a significant boost in activity and energy.

“The addition of The Rec Room will act as a major catalyst to the resurgence of Granville’s Entertainment District,” said Mario Negris, Executive Vice President of CBRE.

“The concept will bring great vibrancy and animation to the street and its appeal to families, tourists and corporate groups will only serve to enhance the already active energy of Vancouver’s premier social scene. Acting on behalf of the landlord, CBRE’s Urban Properties Group is thrilled to have participated in this landmark transaction.”

Cineplex plans to begin construction on The Rec Room in downtown next year, with a target opening in late 2021. The complex entails the 1893-built Palms Hotel and the 1938-built Paradise Theatre, with Cineplex retaining the heritage facades of these buildings.

Later this year, the company will be opening its first The Rec Room location in Metro Vancouver within The Amazing Brentwood shopping centre in Burnaby.

The company also has plans to revitalize its Playdium brand by opening 10 to 15 new locations across the country over the coming years. The Rec Room is an evolved upscale and more comprehensive version of the original Playdium concept, which previously had a presence at Metropolis at Metrotown.