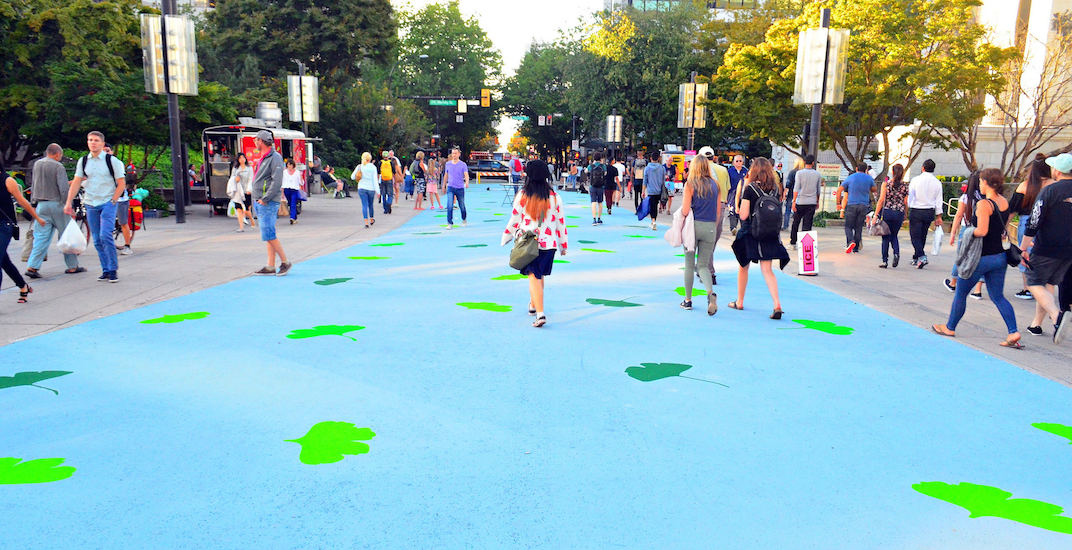 The 800-block of Robson Street, one of Vancouver’s most high-traffic pedestrian areas, will be completely closed starting on Monday, September 16 to allow for the construction of the permanent plaza design on the roadway.

The months-long closure was announced today, and it means the existing temporary plaza will remain closed through spring 2020.

With the closure, pedestrians seeking to reach the other side of Robson Street will be re-routed north, towards West Georgia Street, and the recently-renovated North Plaza of the Vancouver Art Gallery. 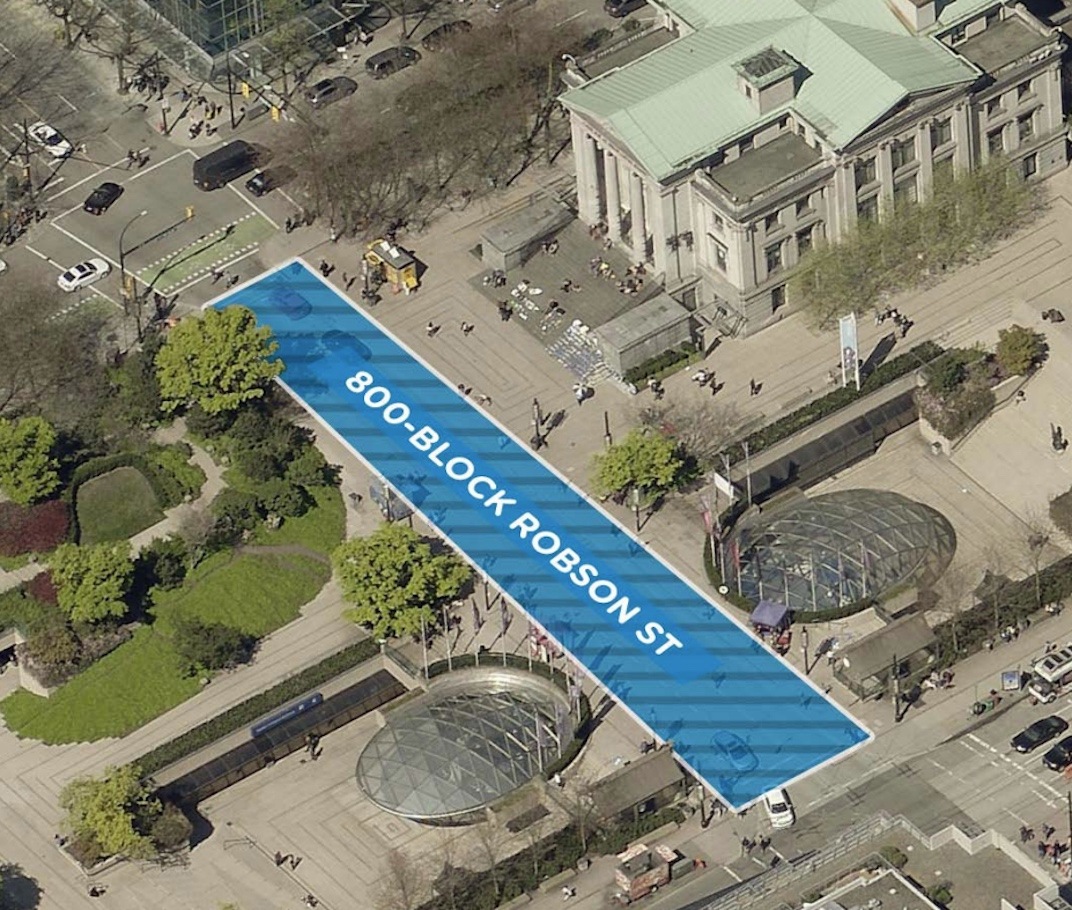 Footprint of the permanent plaza space at 800 Robson Street highlighted. (City of Vancouver)

In February, city council gave the $5.8-million project the final approval it required to proceed.

As the provincial government owns Robson Square, it will be overseeing construction on the city’s behalf, with $4.25 million coming from the development cost levy, $1.13 million from TransLink, and about $151,000 from the province. 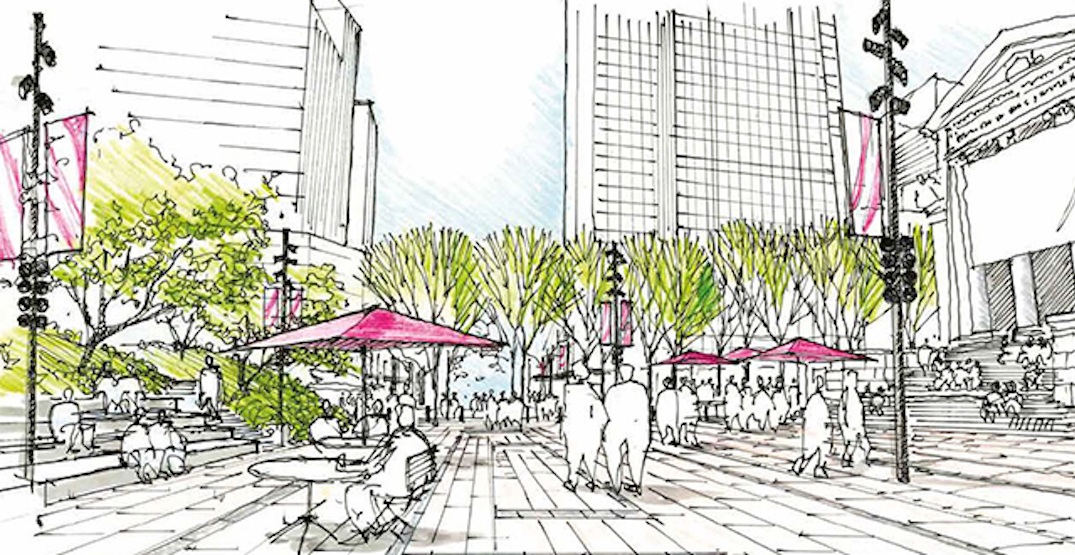 Artistic rendering of the final permanent design of 800 Robson Plaza. (City of Vancouver)

Beginning summer 2017, a temporary design turned the 800 Robson Street city block into a pedestrian-only plaza, with elements consisting of an asphalt layer to create a single-level plaza surface, temporary planter barriers at the ends of the block, and movable street furniture.

The forthcoming work will replace these temporary elements with a continuous level surface of concrete and pavers that are consistent with the North Plaza and the rest of Robson Square, flexible open space for year-round events, fixed event infrastructure such as improved lighting and power connections, drainage improvements, public art, landscaping, and street furniture including moveable seating and tables, and additional benches.

This includes curved wooden benches around the Robson Square glass domes, and vehicle-intrusion prevention bollards at both ends of the plaza. To further frame the space and provide an added visual and physical barrier, trees will be planted on the plaza’s Hornby Street end.

Additionally, the intersections at the plaza’s ends will see pedestrian crossing improvements. The city has already made improvements to the Hornby Street intersection, by turning its crosswalk signal pattern into an ‘All Walk’ phase on a pilot project basis.

This section of roadway was also rebuilt and redesigned a decade ago, ahead of the 2010 Winter Olympics.