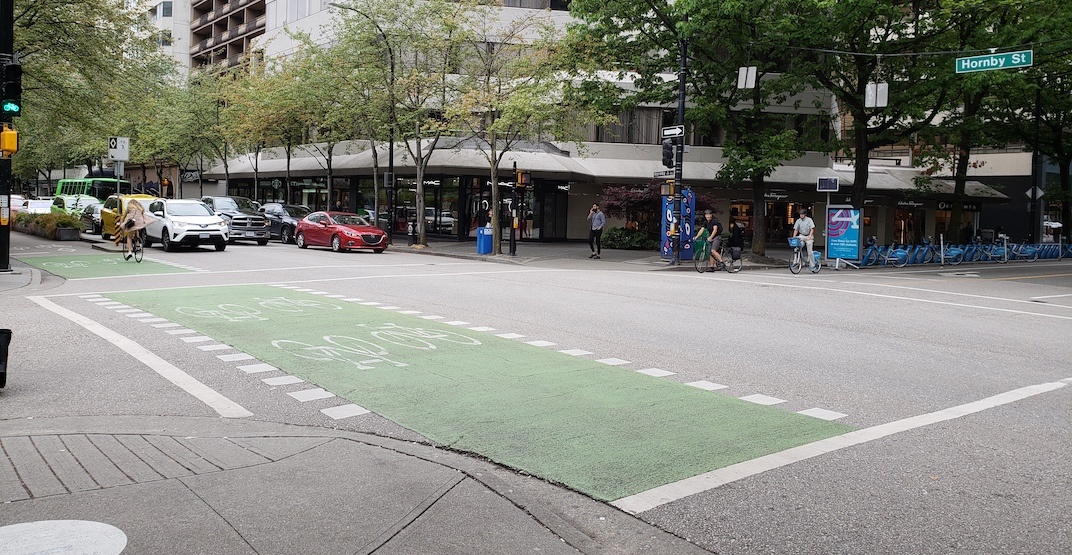 Pedestrians crossing the busy downtown Vancouver intersection of Hornby Street and Robson Street may have noticed a change in the crosswalk signal pattern — every light cycle now allows pedestrians to cross all crosswalks at the same time, with all vehicle movements held with a red light.

This is the municipal government’s pilot project of what is known as an all-walk crosswalk, but there is a key difference with the pedestrian scrambles that Tokyo’s Shibuya and London’s Oxford Circus is known for.

“The reason why we haven’t opened it up for scramble at this time is there is a particular movement for motorists that come out of Robson Street that are making a left turn from Robson onto Hornby,” said Winston Chou, manager of traffic and data management for the City of Vancouver.

“During that turn, pedestrians are also allowed to cross on the south crosswalk, and we didn’t want to have pedestrians cross and think they can cross diagonally when there is a vehicle turning at that time.”

But he added that there is a possibility the intersection’s crosswalk could be turned into a scramble in the future, depending on the trial performance of the all-walk mode this summer and fall for both pedestrians and vehicles, which now have a slightly reduced green light time.

City staff are also in the process of designing an all-walk crosswalk signal phase for the intersection of Howe Street and Robson Street. 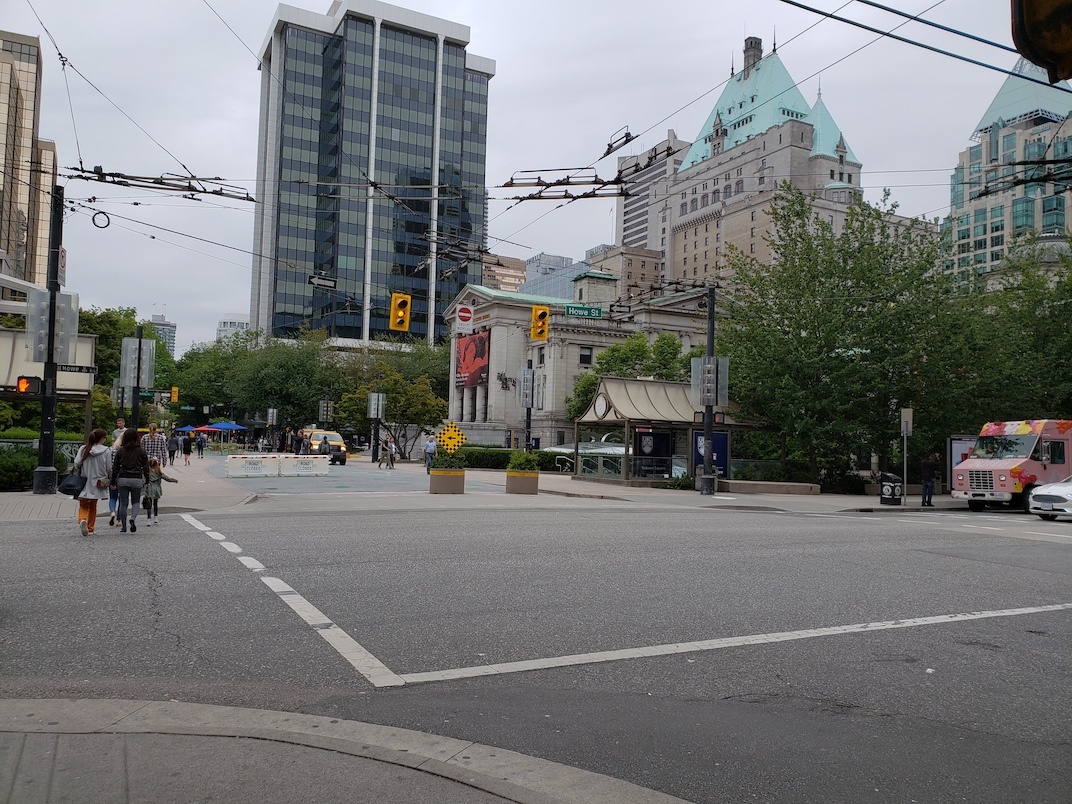 Both intersections on either end of the 800 block of Robson Street are ideal candidates for an all-walk crosswalk, based on the criteria of high turning conflicts, vehicle volumes, and pedestrian volumes.

About 2,500 pedestrians on a typical busy hour pass through the area.

“We know that through the studies we’ve done and the data we’ve looked at that pedestrians and turning vehicle conflicts is one of the highest reasons for collisions between pedestrians and vehicles, so we want to minimize that conflict,” he said.

As well, the all-walk crosswalks are a component of the new permanent design for the 800 block of Robson Street. Construction on the new $5.4-million, event-friendly, pedestrian-only plaza is scheduled to begin this fall for a completion by the spring of 2020. 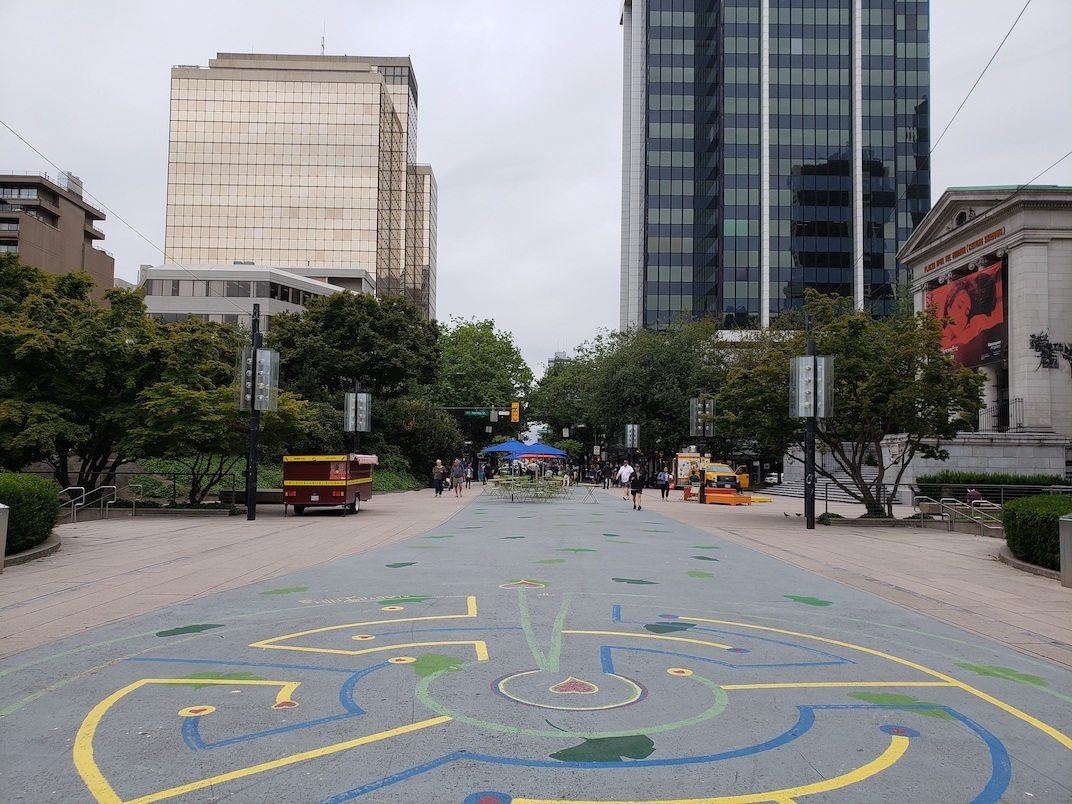 Depending on the success of the all-walk crosswalks in this area, the new signals could eventually be introduced to other intersections elsewhere in Vancouver.

“If this works and it works well for improved pedestrian safety and we have a better understanding of how pedestrians use it and the impact on traffic vehicle flow, then we will certainly be looking at other locations elsewhere in the city,” said Chou.

One other change to the intersection is the installation of new accessible pedestrian signal push buttons that better assist pedestrians with sight challenges.