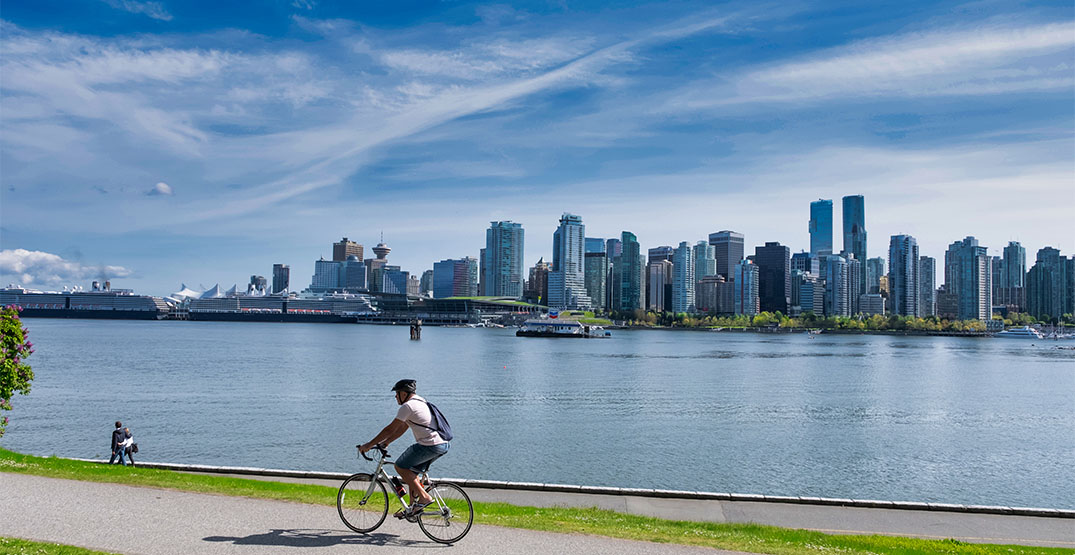 Vancouver has been named the sixth-best major cycling city across the continent in PeopleforBikes‘ annual ranking.

Vancouver placed sixth out of 85 large cities surveyed, and 29th overall out of the 1,105 cities studied.

Vancouver’s “Network Score” breaks down as such, scoring high points for its access to recreation amenities (parks and trails) on a bike, and its accessibility to major shopping centres, jobs, and schools.

Vancouver has more than 450 kilometres of dedicated bike lanes, and cycling is the fastest-growing mode of transport, according to the cycling monitoring group.

An interactive map courtesy of PeopleForBikes shows high-stress and low-stress areas for bicycling in Montreal and can be found right here.

Vancouver wasn’t the top spot in Canada though — that honour went to Montreal. The city in Quebec took home the top spot in PeopleForBike’s large city ranking (out of 85 Canadian and US cities), good for eighth overall of the 1,105 total cities ranked.

We still think being able to cycle 12 months out of the year has to count for something. You can’t have it all, Montreal.