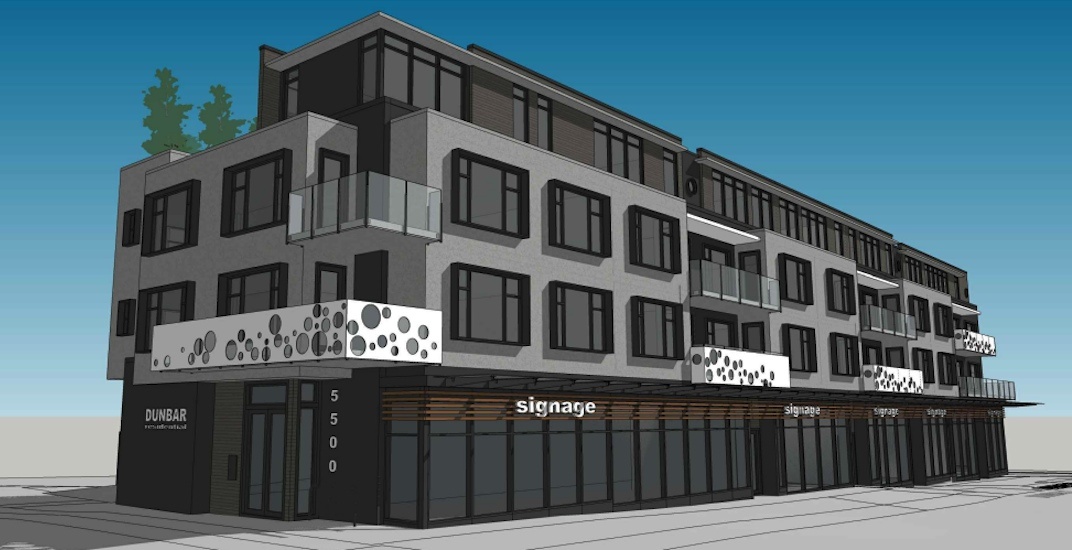 A largely underutilized property at 5520 Dunbar Street could become a new 48-ft-tall, four-storey mixed-use building with homes and retail.

Wensley Architecture has submitted a development application to the City of Vancouver to turn a narrow lot at the southeast corner of the intersection of West 39th Avenue and Dunbar Street into 14 market homes within the upper floors and 5,700-sq-ft of retail space on the ground floor. 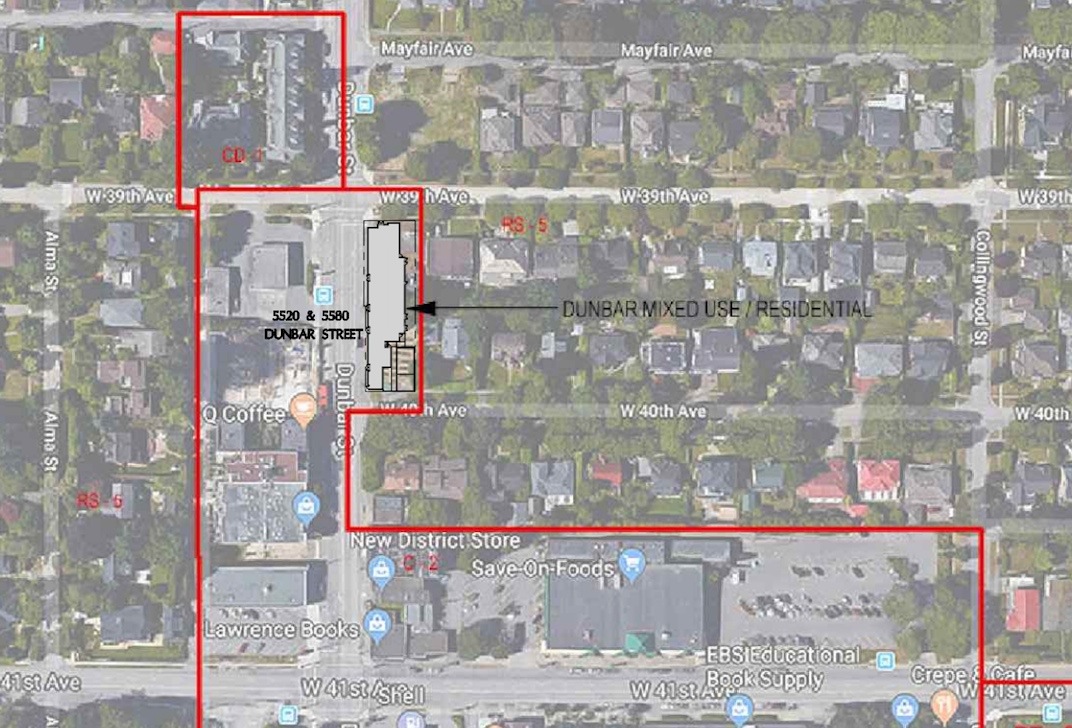 The lot, which fronts Dunbar Street and is just across from the H-Mart grocery store, is currently occupied by a single-storey commercial building, ground-level parking, and a temporary community garden.

The size of the lot is equal to two single-family dwellings put together.

“We chose a modern rectilinear aesthetic with simple colliding geometric forms that we felt best raises the mixed-use character of this community’s emerging commercial hub,” reads the architect’s design rationale.

“Very large patios with substantial planters are included to provide privacy not only to the condo owners but also to the neighbouring single-family lots to the east.”

The proposed total floor area is 23,000-sq-ft, providing the proposal with a floor space ratio density of 2.05 times the size of its lot.

There will also be one underground level of parking accessed from West 40th Avenue.