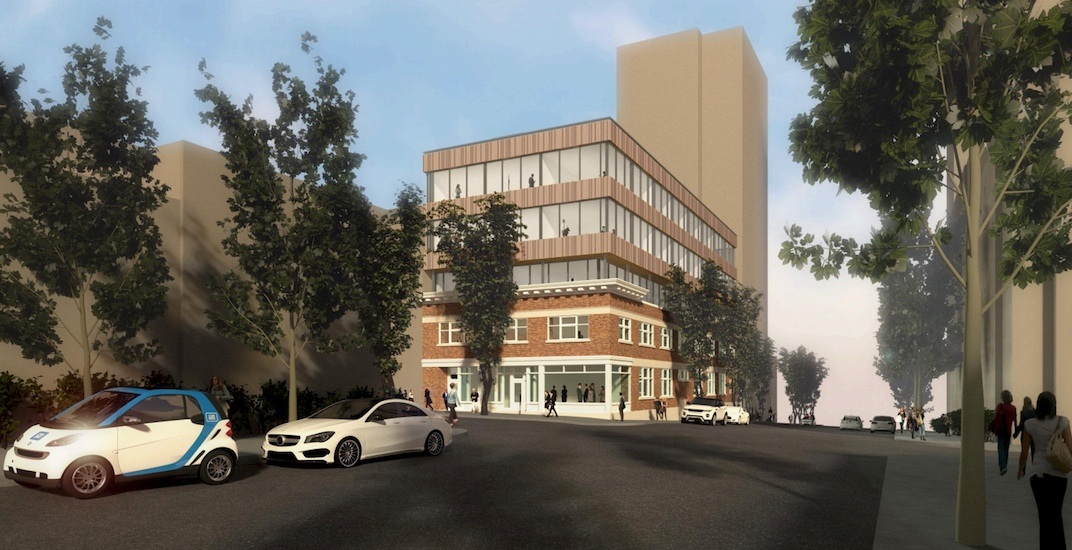 A development application for 1290 Homer Street – the southeast corner of the intersection of Homer Street and Drake Street in Yaletown – calls for the preservation and restoration of the 1910-built, two-storey building and the addition of three office levels atop. It is currently the lowest building on the block, but with the added height it will have a new rooftop height of about 70-ft. 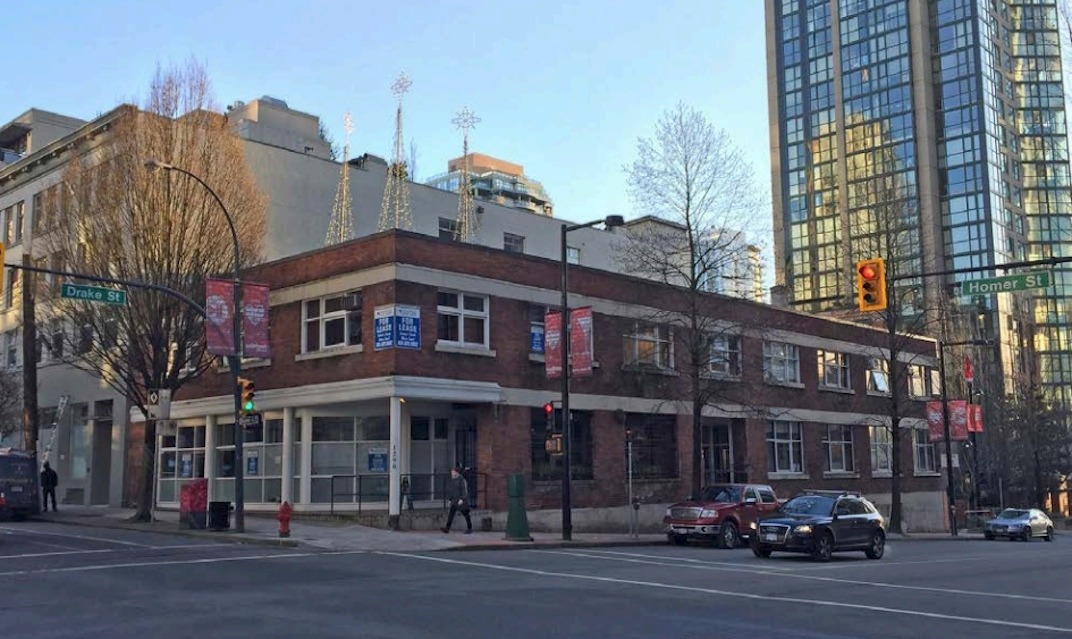 This vertical expansion would increase the building’s total floor area from 11,137-sq-ft to 28,252-sq-ft, with the existing office space on the lower floor repurposed for restaurant and retail uses.

According to the design rationale by local firm Acton Ostry Architects, the expansion’s architecture strives to be simple and unobtrusive to reflect the existing building, which “it references but does not copy.” 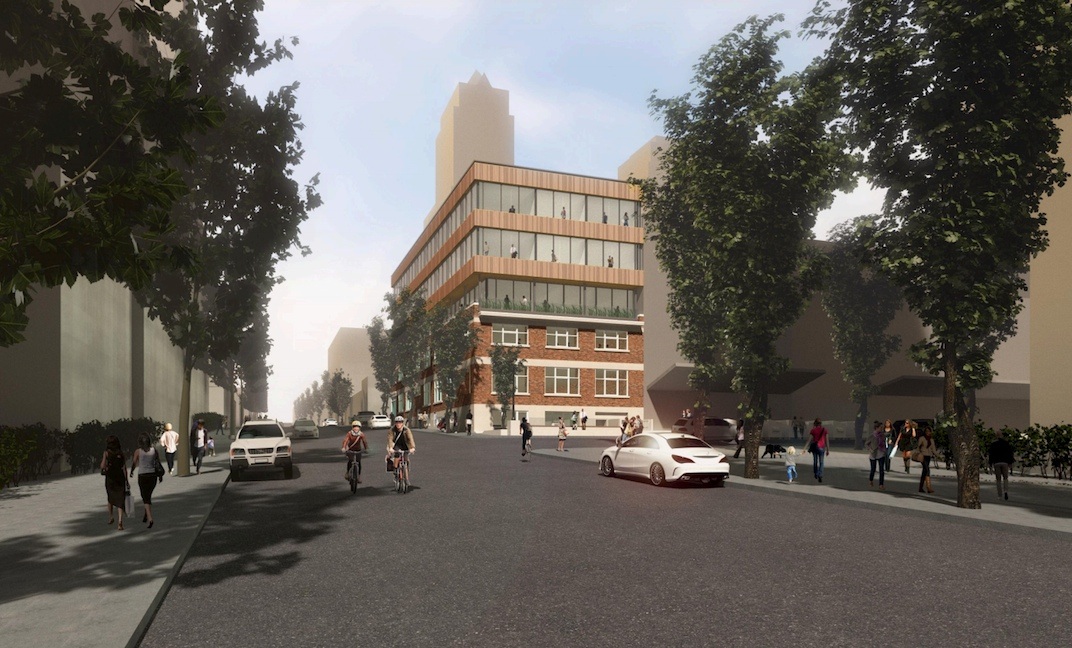 “The design of the addition draws a clear distinction between what is historic and what is new and the materials and massing have been carefully considered to be compatible with the exterior form of the historic building and its location,” reads the design rationale by local firm Acton Ostry Architects. 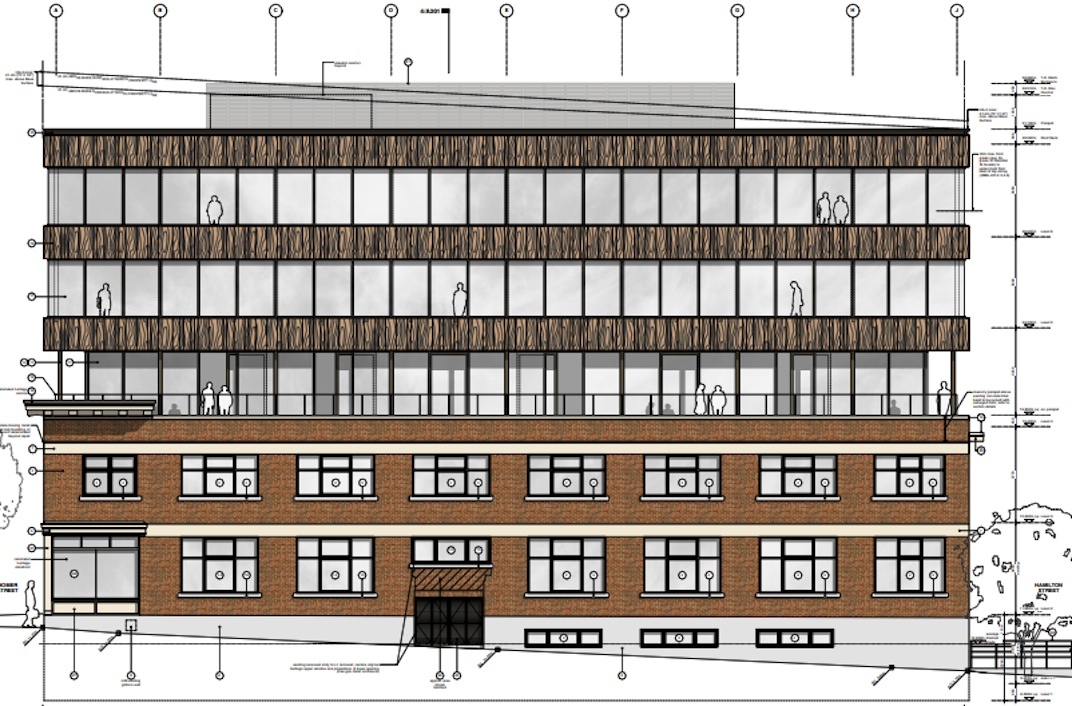 Like many other Yaletown buildings in the area, this building is supported by heavy timber columns and beams. In order to achieve the new floor additions, there will be new steel and concrete columns on the perimeter of the historic building, and these columns will be “inset” into the interior face of the masonry walls to minimize the loss of floor area.

The columns will also help stabilize the unreinforced masonry load-bearing walls of the historic building and serve to structurally brace the heavy timber structure.

If approved, the application states the building owner will voluntarily protect the stored building as “Heritage Designated” on the City of Vancouver’s Heritage Register.

Similar redevelopments of adding new floors over a low-storey heritage structure are increasingly being sought. A similarly-sized project is 564 Beatty Street, next to Stadium-Chinatown Station, which saw a four-level addition completed in 2014.