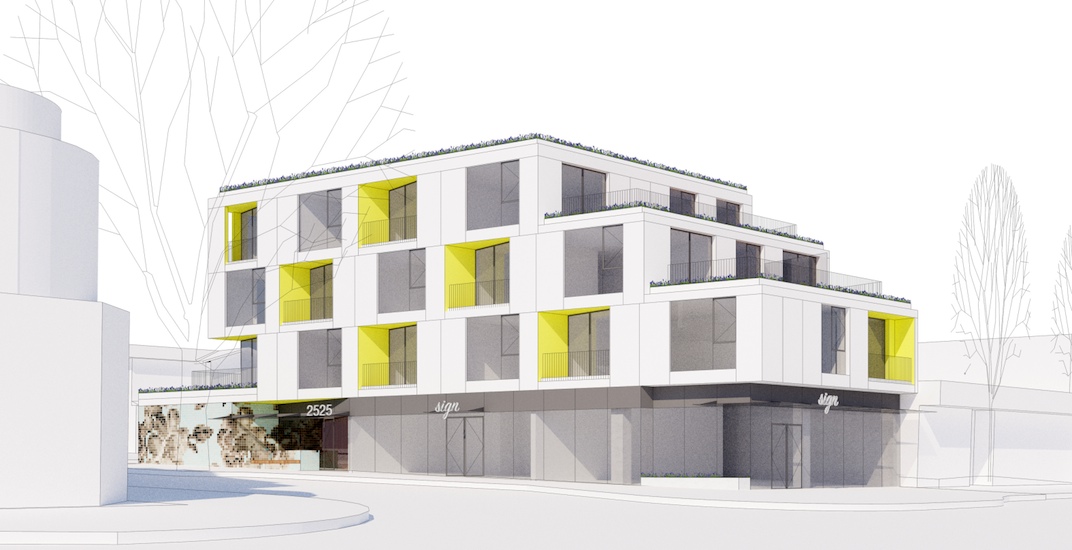 A corner property located directly across from the Safeway on West Broadway could be redeveloped into a modest, four-storey, 46-ft-tall mixed-use building.

Marianne Amodio Architecture Studio has submitted a development application to redevelop 2525 Stephens Street – the southwest corner of the intersection of West Broadway and Stephens Street.

It calls for two ground-floor retail units, 31 homes on the upper floors, and one underground level for parking with access from the laneway.

The redevelopment is squeezed into a narrow, irregular-shaped 5,000-sq-ft lot currently occupied by a two-storey retail building.

A mosaic tile wall with a water feature along the building’s frontage on Stephens Street, next to the laneway, will provide the redevelopment with a replacement public art piece, as a mural currently exists in that area of the existing building. 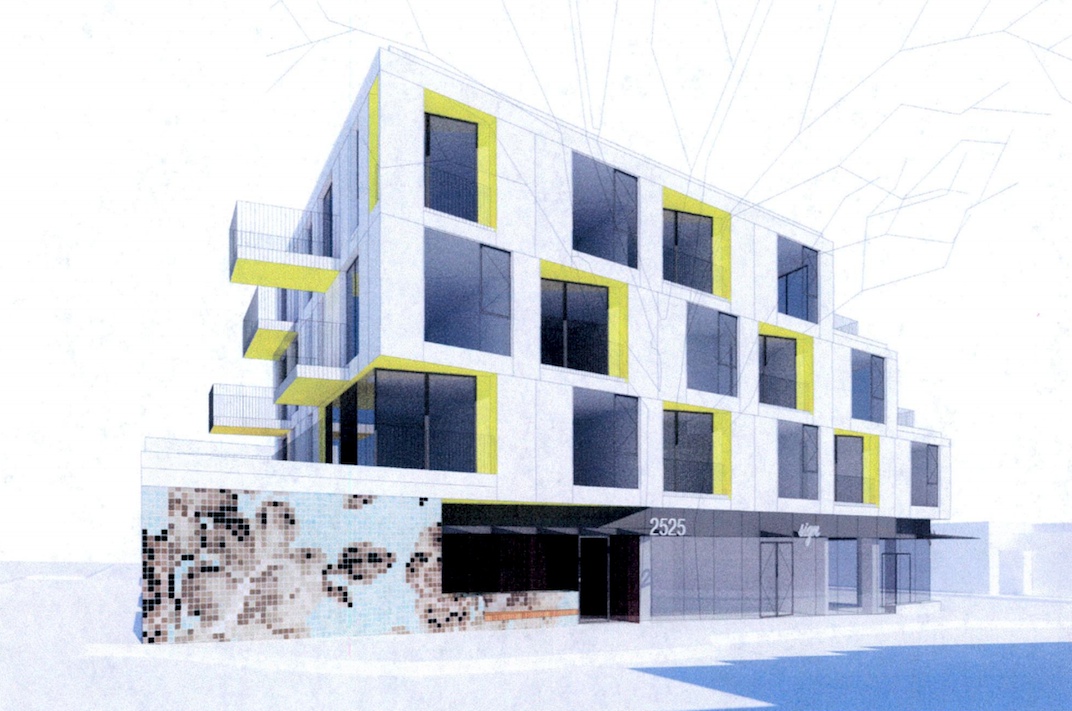 “The proposal respects the unique characteristics of this mature residential community and provides a building form that is compatible with the surrounding density and height constraints,” reads the architect’s design rationale.

“The building enhances the appearance and character of the shopping street by providing areas of public repose at the ground plane. The inclusion of water features, plantings, and public art enhance the ground plane and encourages pedestrian gathering.”

The architectural firm for this project is also behind the nearby redevelopment at 3133 West Broadway, which will revitalize the adjacent, historic Hollywood Theatre.