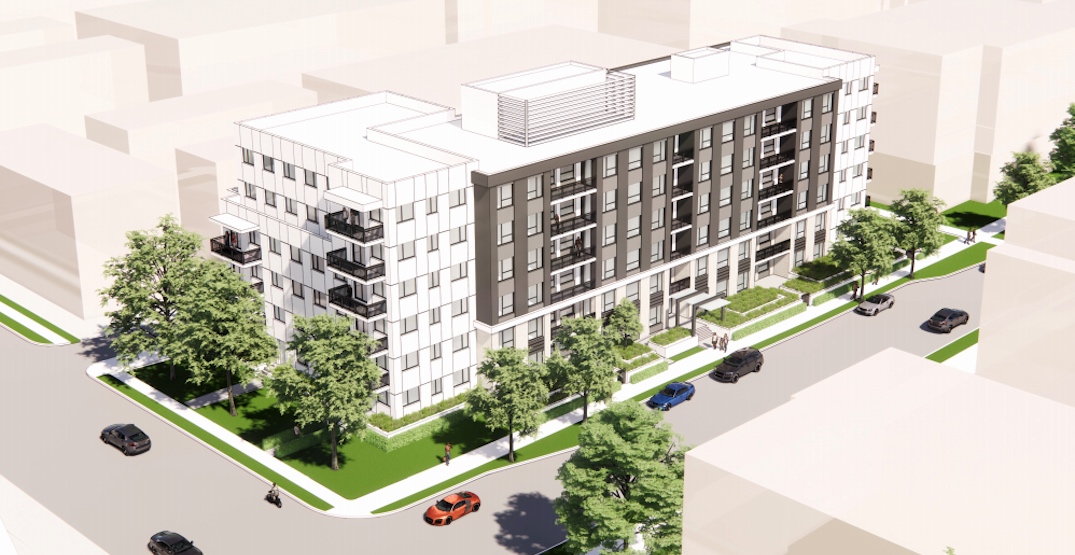 A development application has been submitted for another parcel of the neighbourhood-sized Little Mountain project, just east of Queen Elizabeth Park in Vancouver.

This latest application by Holborn Group is for 4902 James Street — a 27,400-sq-ft site of Little Mountain at the southwest corner of 33rd Avenue and the laneway west of Quebec Street. It will account for a quarter of Little Mountain’s ultimate tally of social housing units.

There will be a new 63-ft-tall, six-storey building containing 70 homes, with a unit mix of only a single one-bedroom unit, 30 two-bedroom units, 29 three-bedroom units, seven four-bedroom units, and three five-bedroom units. This composition stands out as nearly all of the units are sized for larger families, which is deemed by the municipal government as any unit with at least two bedrooms. 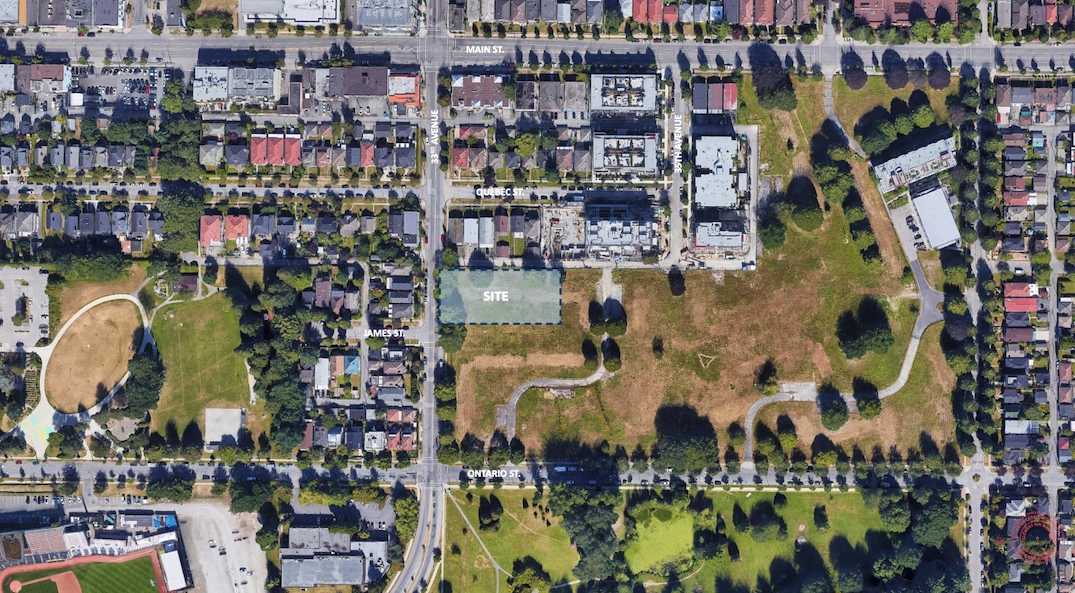 The parcel for development sits along Little Mountain’s north-south central spine — a public central street with extensive landscaping that will be traffic calmed and oriented for pedestrians and cyclists.

“The main entrance will be clearly distinguishable through its architectural design and treatment, including a significant trellis and canopy and the application of a light coloured brick along the otherwise dark volume,” reads the design rationale by IBI Group.

“The facade will be comprised primarily of cementitious panels, glass windows and brick – where plays with texture and orientation are used to create visual interest. The lighter volumes on the north and south ends of the building are intentionally minimalistic, combining clean lines and a refined material palette.” 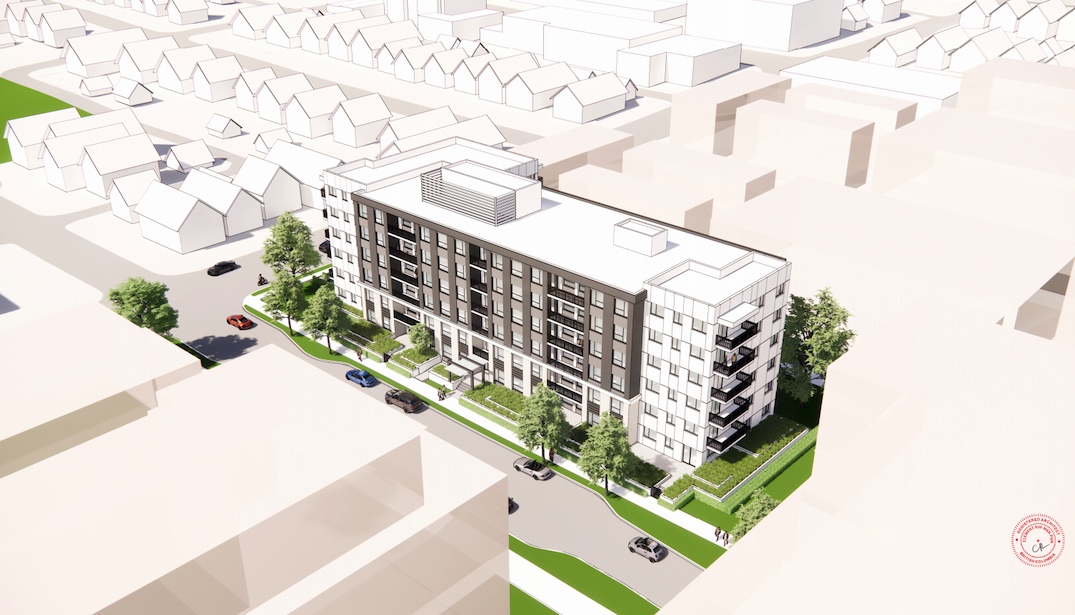 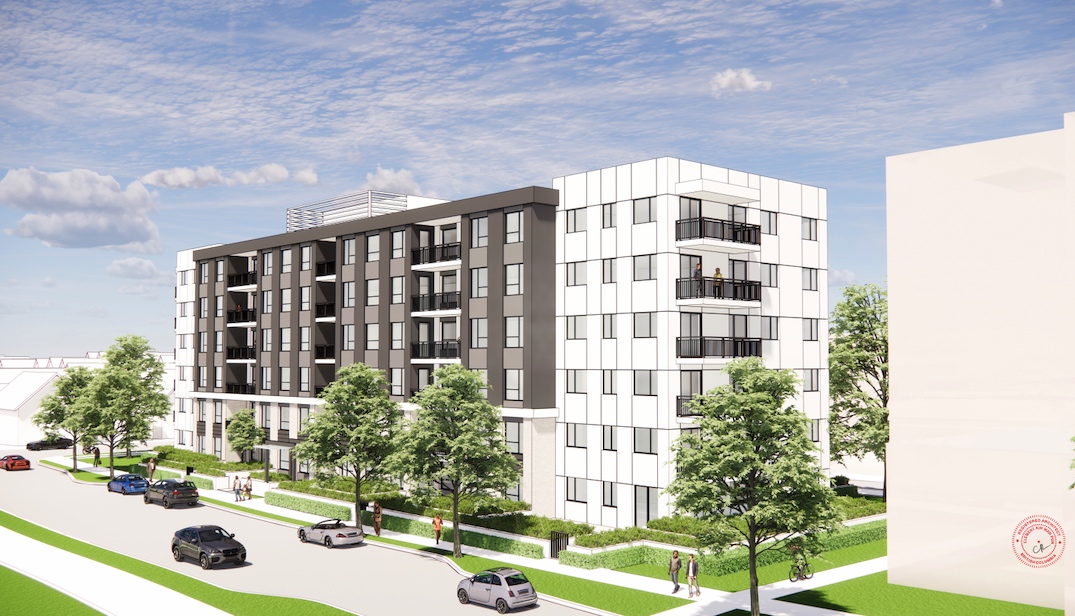 The entire Little Mountain project spans 15 acres. Based on the approved master plan and site-wide rezoning, upon complete buildout, there will be over a dozen buildings up to 12 storeys in height with 1.66 million sq ft of total floor area, including 1.32 million sq ft of condominiums, 332,000 sq ft of social housing, and 32,800 sq ft of commercial space.

This translates into 1,400 units of condominiums and 282 units of social housing. An extensive public realm is planned, including a new public park, community plaza, open and green spaces, a new city street, and an extension of 35th Avenue. 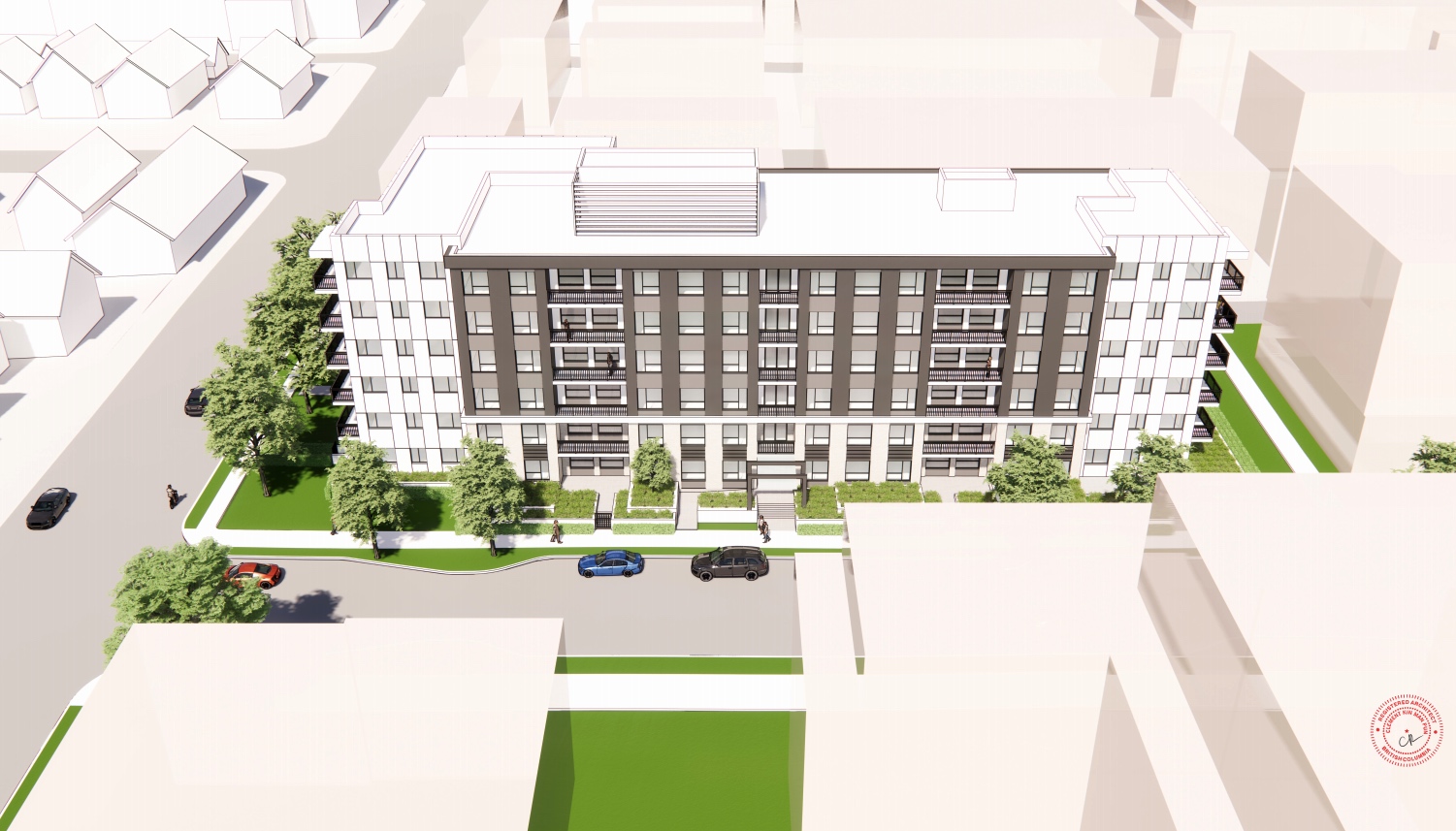 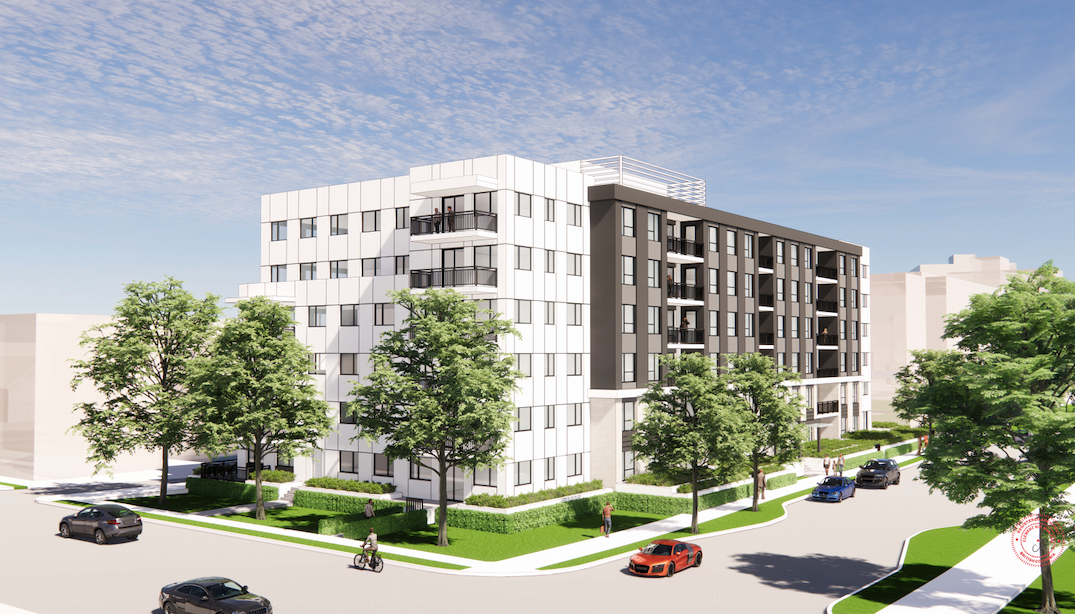 4902 James Street is the fifth development application for Little Mountain since the first submission in early 2019.

The other two parcels moving forward contain condominiums, with one of the applications also featuring 15,200 sq ft of ground-level commercial space for a grocery store and fitness gym.

Little Mountain has been a controversial project due to the decade-plus long delays with the development, especially the social housing component, and the financial terms of the sale with the provincial government. 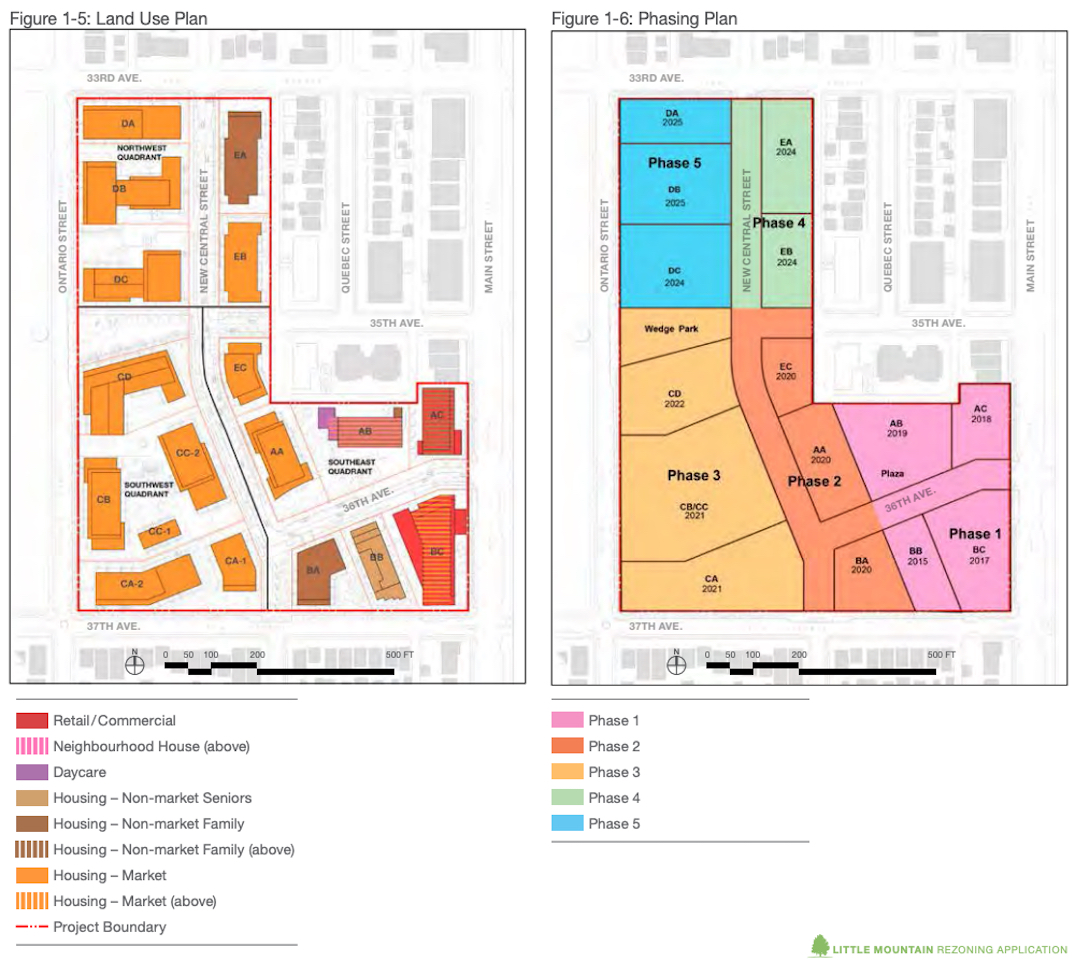 Land use depictions from the 2016 rezoning for the Little Mountain redevelopment in Vancouver. (Holborn Group)