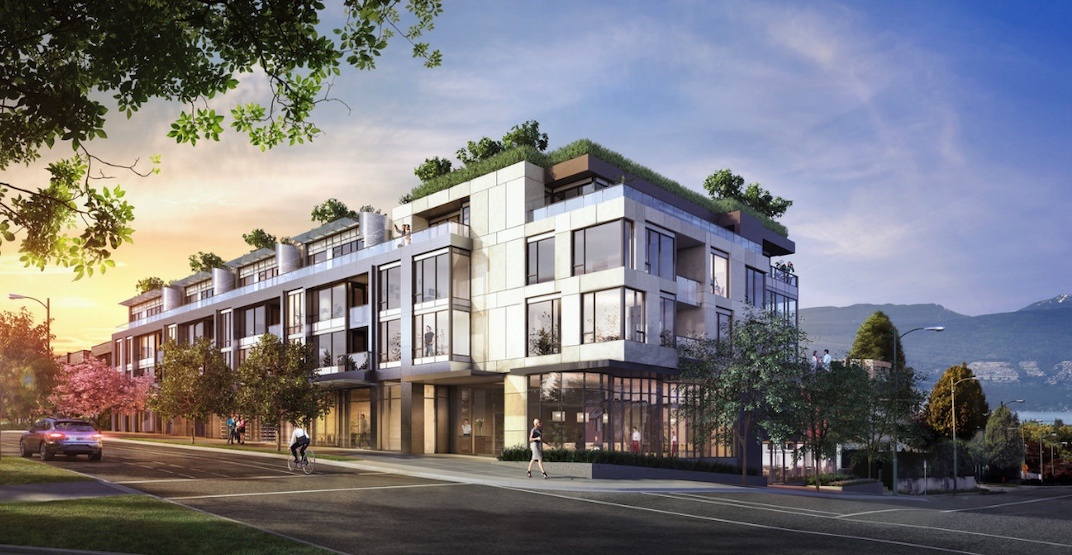 Construction is well underway on the redevelopment of the former location of Dunbar Lumber Supply at the southeast corner of Vancouver’s West Point Grey neighbourhood.

Local developer Westland is behind the project, which entails 29 high-end condominium units and about 14,200-sq-ft of ground-level retail and restaurant spaces, split between five commercial units.

Homes within the upper floor also include private rooftop spaces. As the property is situated at the top of a hillside, it boasts panoramic views of West Point Grey, Kitsilano, downtown Vancouver, and the harbour and North Shore mountains.

The building was designed by IBI Group and it is expected to reach completion in mid-2020.

Dunbar Lumber Supply was a longtime fixture of the area; it first opened at the location in 1935. The business moved to a smaller location at 2930 Arbutus Street in 2016, shortly after selling its home to the developer.