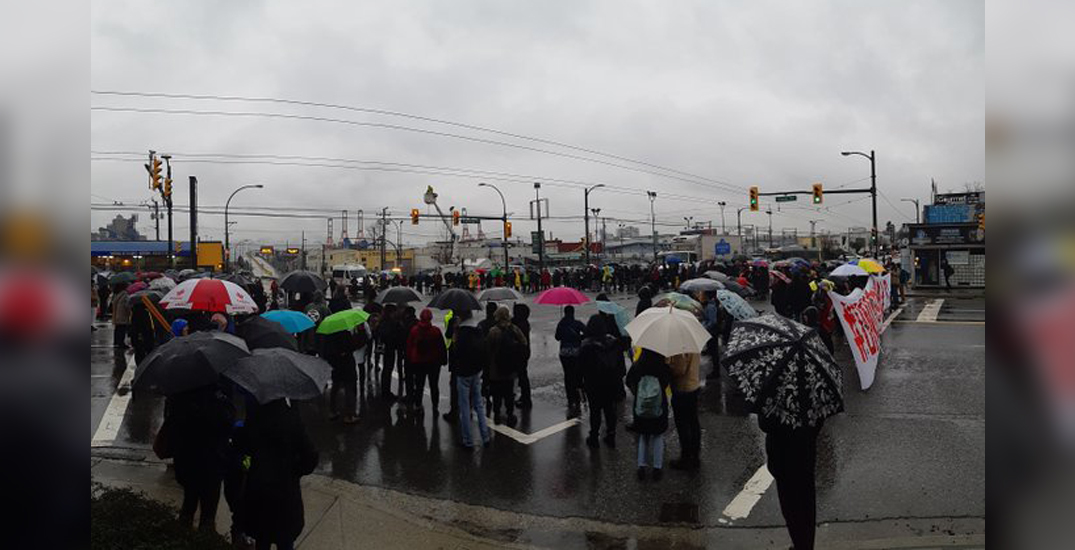 Sgt. Aaron Roed said officers were “compelled to act” on a BC Supreme Court order after requests from the Vancouver Fraser Port Authority to restore access to the port.

On Sunday, the court granted the port an injunction, and Roed said police made protesters aware of it Sunday evening.

“A number of protestors refused to abide by the court order,” Roed said. He added police are had to remove debris from the road after the demonstration, so morning traffic will move slower than usual.

Several arrested, some picked up and hauled off by multiple officers pic.twitter.com/vePpoeQKDc

All 43 who were arrested were released by Monday afternoon with conditions to abide by the injunction, Roed added.

The demonstrators blockaded the port all weekend long, and others set up a roadblock at DeltaPort Saturday afternoon.

They were part of a series of demonstrations around Canada in support of Wet’suwet’en hereditary chiefs and their allies fighting a gas pipeline BC. The demonstrators want to see RCMP stand down in the First Nation’s territory, where heavily armed police officers have arrested several land defenders in recent days.

Many elected band council chiefs have signed on to the pipeline project, but the Wet’suwet’en hereditary chiefs involved in pipeline resistance say they’re the ones who need to give consent for the Coastal GasLink project to cross Wet’suwet’en territory.