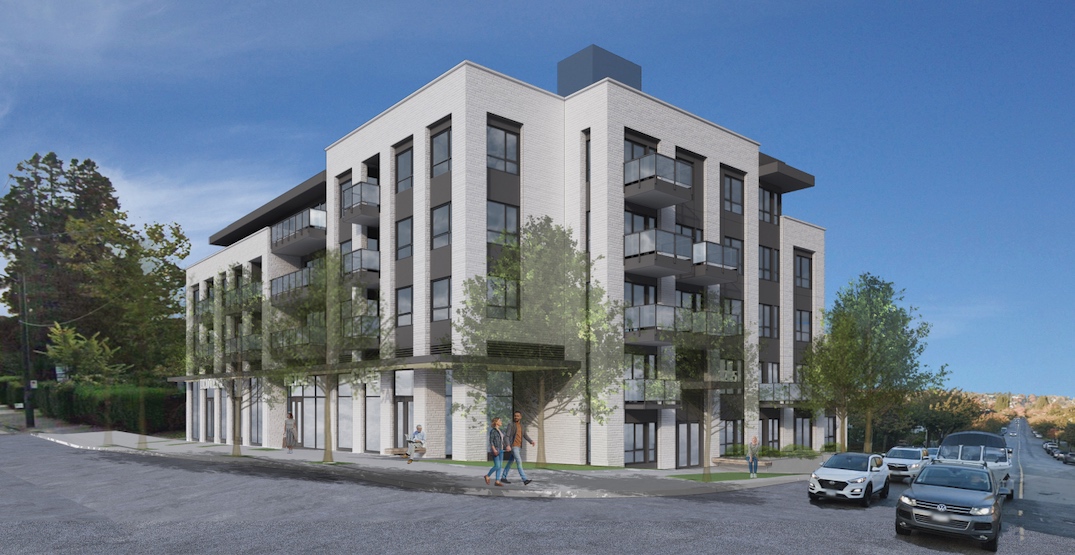 Artistic rendering of the Esso gas station at 3205 Arbutus in Vancouver redeveloped into a mixed-use development. (Yamamoto Architecture)

The longtime Esso gas station at the southwest corner of the intersection of West 16th Avenue and Arbutus Street could be replaced with a 60-ft-tall, four-storey, mixed-use building.

A rezoning application has been submitted by Yamamoto Architecture for 3205 Arbutus Street in the Vancouver Westside — immediately south of the Arbutus Ridge development, where Loblaws City Market grocery store is located.

The proposal calls for 54 secured market rental homes, with a unit mix of 12 studios, 23 one-bedroom units, 17 two-bedroom units, and two three-bedroom units. Indoor and outdoor amenity spaces for residents are located on the building’s rooftop.

The building’s Arbutus Street frontage is activated by 4,300 sq ft of retail and restaurant space. 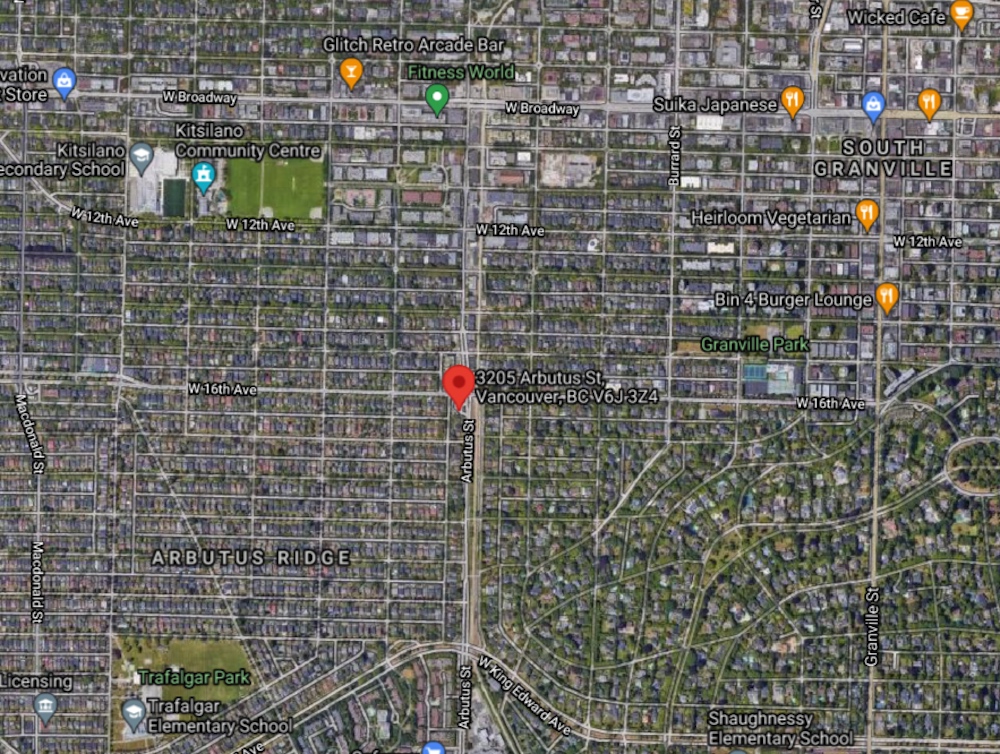 The number of gas stations sighted for redevelopment in Vancouver continues to grow, with energy companies weighing the economics of potential windfalls from rising land values, and the expected long-term decline in fuel demand from new vehicles with improved gas efficiency or electrification.

It is noted by the project proponents that multi-family developments are also expected for the sites to the south along Arbutus Street, with land assemblies of single-family homes towards King Edward Avenue increasingly being pursued by developers for similar low- and mid-rise residential developments.

In June 2021, Vancouver City Council approved PCI Developments’ rezoning application to redevelop 3609-3687 Arbutus Street — three blocks to the south at the southwest corner of the intersection of West 20th Avenue and Arbutus Street — into two six-storey buildings with a combined total of 116 market rental homes. City staff are now in the process of considering the development permit application. 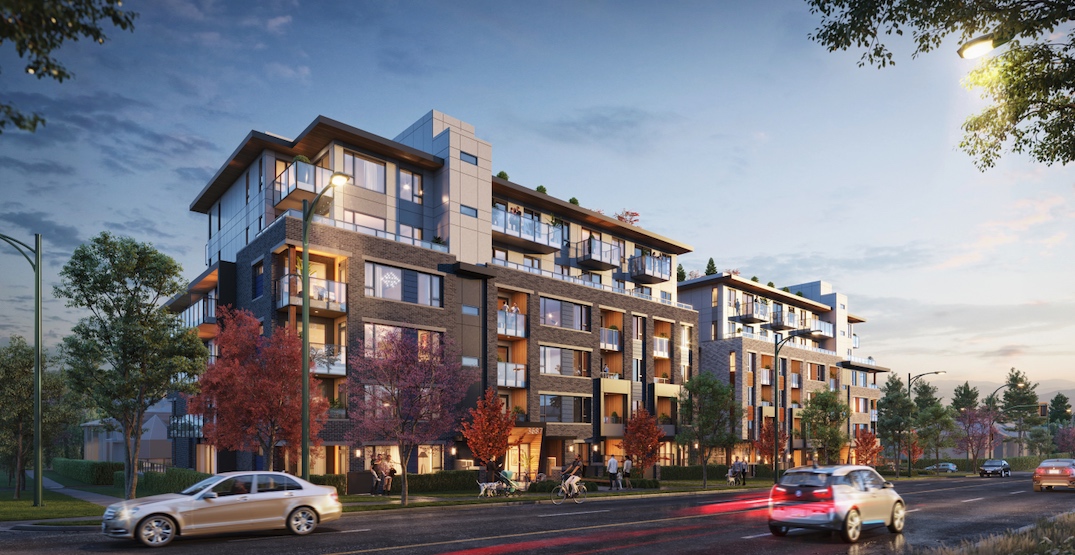