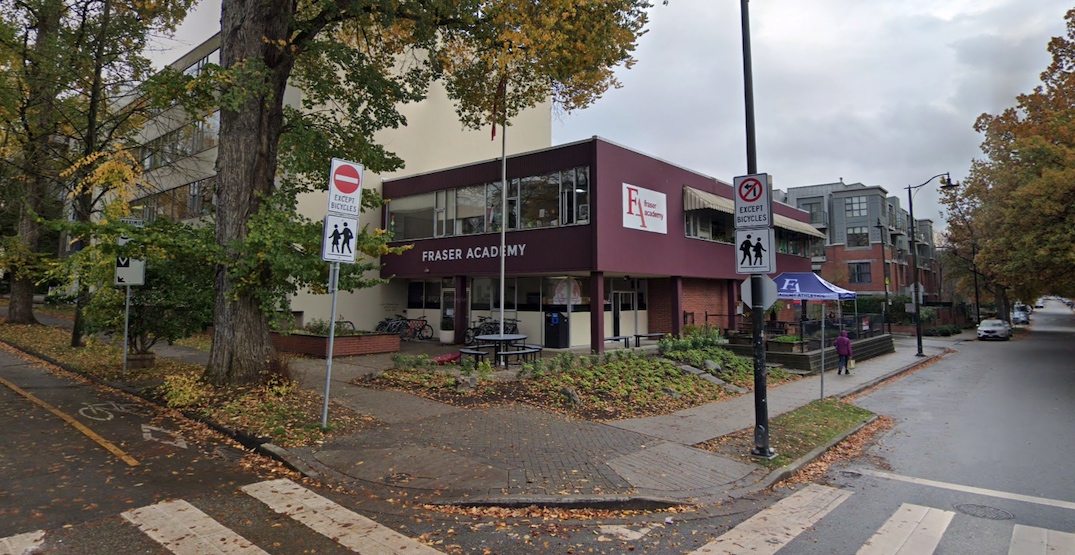 A long-term lease extension is being pursued for Fraser Academy to enable its continued presence and expansion at its longtime home on city-owned land in Kitsilano.

Vancouver City Council has agreed in principle to the extension of the charitable, not-for-profit, private school’s lease for the property at 2294 West 10th Avenue through July 2030. However, school officials and city staff are currently still in the process of negotiating an agreement that will allow for a minimum 60-year lease.

This is a unique elementary and high school — Grades 1 to 12 — as it specifically educates children with dyslexia and other language-based learning disabilities. The specialized school has an enrolment of about 350 students each year, and they assert that 90% of their graduates are accepted into college and university.

The long-term tenancy guarantee would allow Fraser Academy to redevelop the site for a new and expanded school.

Additionally, the redevelopment would include a not-for-profit childcare facility, and the Centre for Dyslexia and Community Literacy to increase public access to programs and community benefits for all children with language-based learning disabilities.

“Our heartfelt thanks go to Council and the City of Vancouver for their vision in supporting kids with dyslexia and language-based learning differences,” said Maureen Steltman, head of Fraser Academy, in a statement. “As a result, we will be able to expand our programs, including outreach, early intervention, and most importantly, teacher training.”

The terms of the long-term agreement allowing for redevelopment still require final approval from city council.

Fraser Academy, first established in the 1980s, is located at the southeast corner of West 10th Avenue and Vine Street, immediately east of Connaught Park. The four-storey building it occupies was originally an office building constructed in 1942.

The private school will benefit from the 2025 opening of the nearby Arbutus Station of the SkyTrain Millennium Line Broadway Extension. Over the longer term, the Vancouver Park Board also has plans to build a “destination” aquatic centre at Connaught Park, possibly integrated into a renewal and expansion of Kitsilano Community Centre and a new ice rink. The aquatic centre component is expected to cost nearly $100 million.

The municipal government took over ownership of the school’s 18,800 sq ft lot as one of the conditions of the rezoning of Molson’s Arbutus Industrial Lands in the immediate area.

While this area between Arbutus Street and Connaught Park is currently mainly occupied with low-rise, multi-family housing, it was previously a cluster of industrial properties anchored by the Molson facility and an operations works yard for City of Vancouver crews. Nearly all of the industrial properties in the area underwent redevelopment in the 1990s and early 2000s.

The proposed terms of Fraser Academy’s new long-term lease agreement are not known, but its previous lease agreement — reached in 1996, replacing an annual agreement — was for a 15-year term and an option to renew for another 15 years. The combined rent and property taxes was set at $1 per year.

In contrast, one major private school in the Vancouver Westside faces some uncertainty over its future. West Point Academy opened in 1996 on the western parcel of the Jericho Lands owned by the provincial government, but the property was sold in 2016 to three First Nations for its redevelopment potential. The school’s buildings are expected to see demolition.