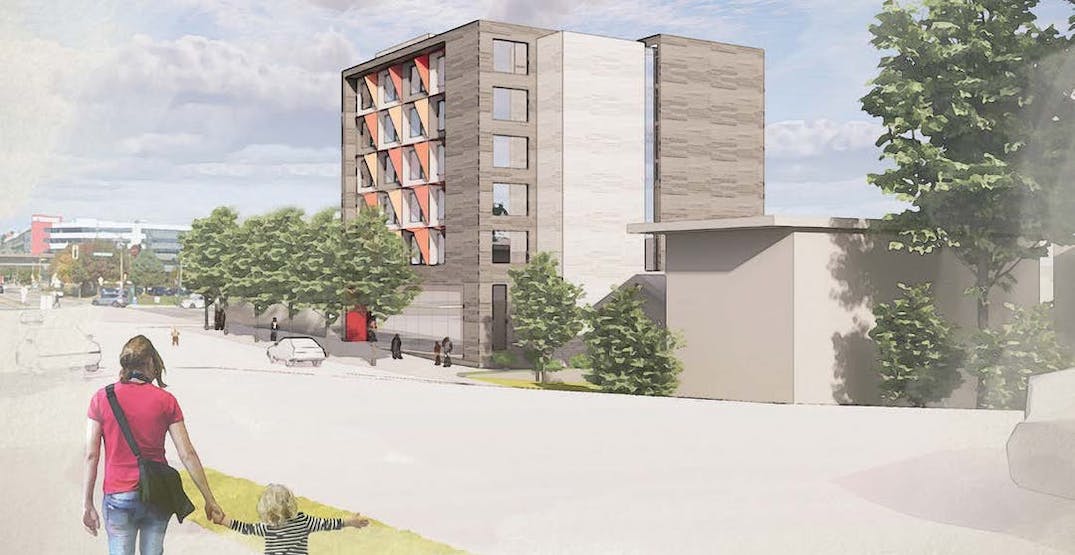 Artistic rendering of the supportive housing building at 2930 Renfrew Street, Vancouver. (BC Housing)

A supportive housing building for individuals experiencing homelessness is proposed for a site just a four-minute walk away from SkyTrain’s Renfrew Station.

The provincial government announced today its plan to redevelop 2930 Renfrew Street — currently occupied by a vacant two-storey building — located near the southeast corner of the intersection of Grandview Highway and Renfrew Street, and immediately north of St. Jude Elementary School.

If approved by Vancouver City Council, the site will be redeveloped into a six-storey building with about 50 studio homes — each containing a bathroom, kitchenette, and storage for belongings. Residents will also have access to communal space and shared laundry facilities, as well as programming space on the ground floor. 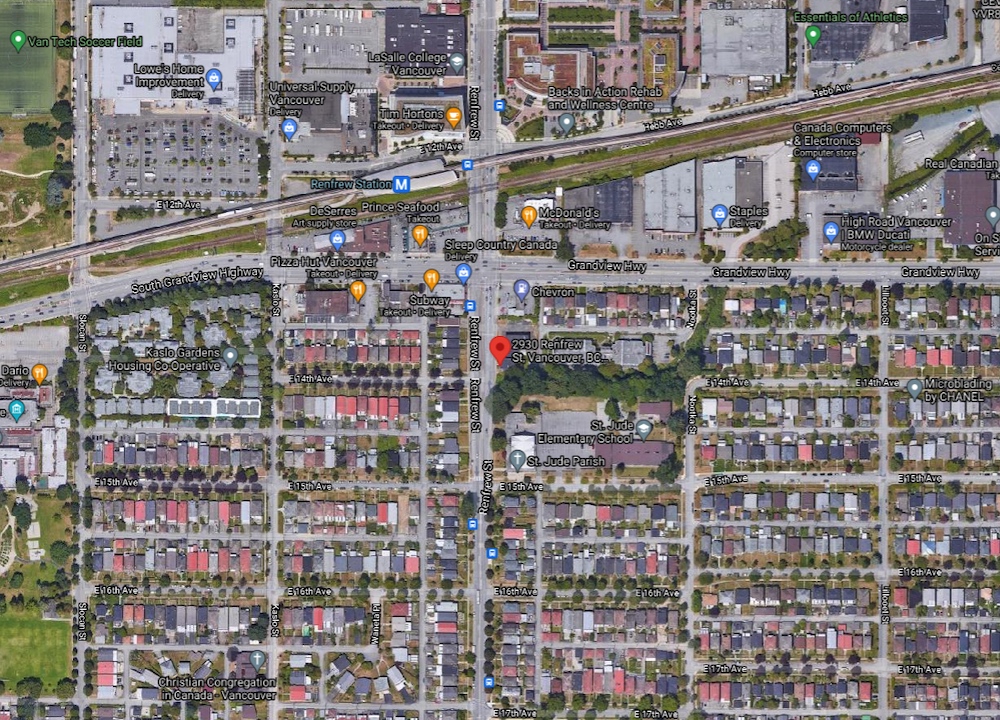 Additionally, healthcare supports by Vancouver Coastal Health will be available to residents, such as on-site or in-reach care, and access to referral health services and supports in the community.

This project is a partnership between BC Housing, Lu’ma Native Housing Society, City of Vancouver, and the provincial government, with pre-application neighbourhood consultation commencing in a few weeks.

As the housing operator is an Indigenous organization, most of the proposed building’s resident can be expected to be First Nations.

“We are pleased to be a partner with BC Housing, CMHC and the City of Vancouver and are excited with the opportunity to expand our supportive housing portfolio,” said Kent Patenaude, president of Lu’ma Native Housing Society, in a statement.

“As an Indigenous organization, we have so much to offer the community in terms of wraparound services and cultural supports, which in our experience, has proven to be a successful blend of services for this type of project.”

Artistic rendering of the supportive housing building at 2930 Renfrew Street, Vancouver. (BC Housing)

The proponents will submit a formal rezoning application to the municipal government in Fall 2021, and a decision is expected to be made by city council on the project in Spring 2022.

Following approval, construction will begin in early 2023 for a completion in 2024. The provincial government will fund the construction and annual operating costs, and it is expected that Canada Mortgage and Housing Corporation will also contribute towards the capital costs.

This is the third project announced by governments this year towards the goal of building a total of 350 new permanent supportive modular homes over three years in Vancouver.