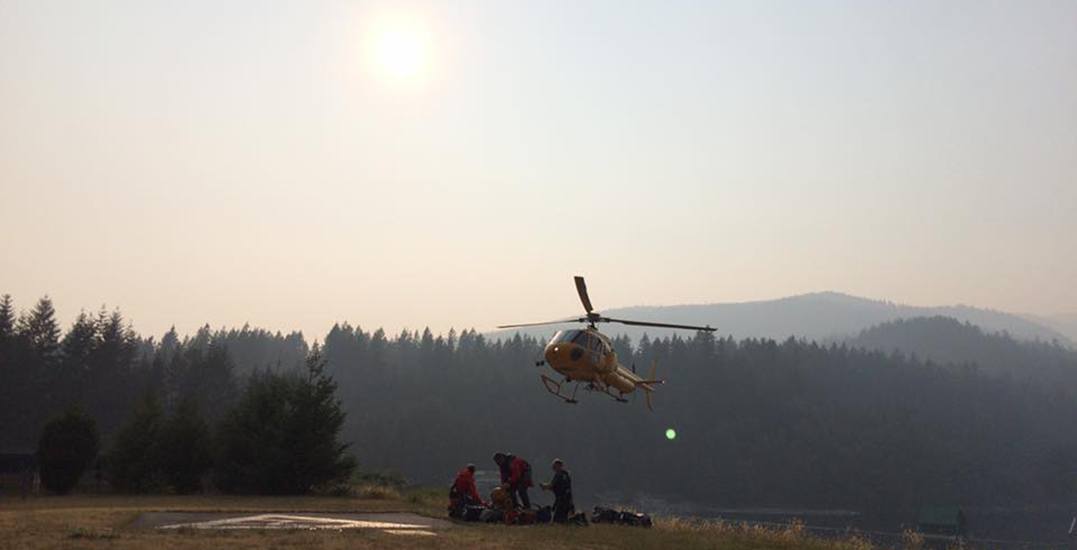 A 24-year-old female and her two friends received extensive aid from the North Shore Rescue and West Vancouver Police over the past weekend.

The incident took place on Sunday, July 1 at approximately 6 pm when the three friends were hiking in West Vancouver, specifically, the Donut Rock Trail on Black Mountain.

North Shore Rescue received a call from the West Vancouver Police of a 24-year-old female who was having an episode after doing acid. Reports explain that she was phasing in and out of consciousness and “having a very difficult time dealing with the situation.”

The initial call to 911 came from two bystanders, who attempted to offer help to the group of girls earlier but were unable to be of direct assistance.

North Shore Rescue was able to bring in both ground response as well as a helicopter to shuttle in crews, although slightly cloudy conditions presented a challenge in navigating to the hikers.

A physician from the North Shore Rescue, as well as several officers from the West Vancouver Police also assisted in the rescue.

By the time the team got to the subject, at approximately 7:30 pm, the 24-year-olds medical condition was a lot more stable. She was escorted to the base of the trail and assessed by the physician.

The other two girls, were also in stable condition, although it is believed they were under the mild influence of drugs or alcohol. There was no recourse or repercussions for the hikers, although the police had a lengthy discussion regarding their actions.

The North Shore Rescue comments that they simply want everyone, both locals and visitors, to enjoy BC trails and backcountry in a safe manner. The team is 100% volunteer-based and works with a huge member base of volunteers who are on call and rotate through shifts.