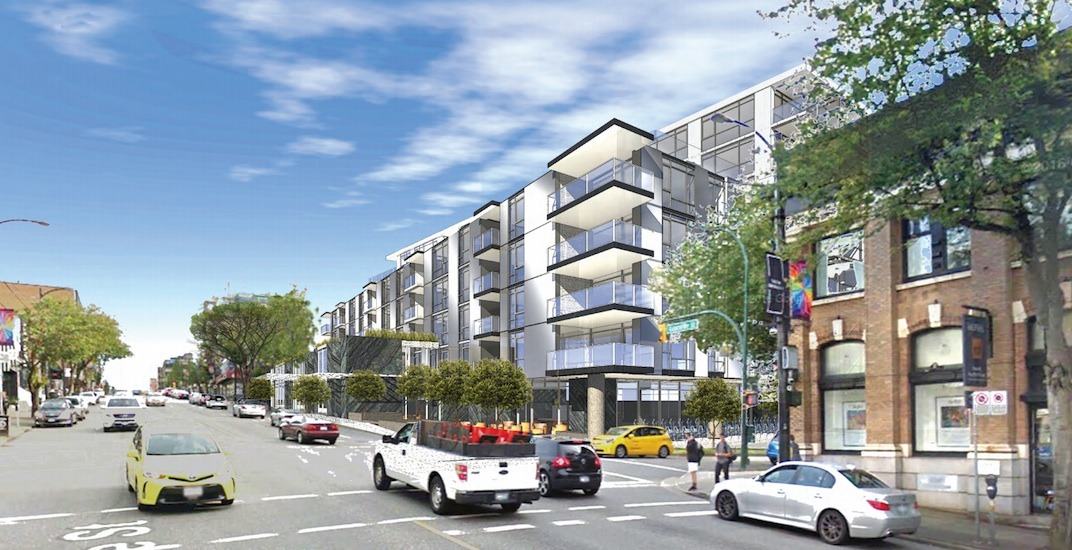 A new residential project has been proposed for the South Granville retail strip, the Granville Street corridor south of False Creek.

IBI Group Architects, on behalf of developer Aoyuan Canada, has submitted a development application to the municipal government to redevelop a half-block site at the southwest corner of Granville Street and West 7th Avenue, replacing three small businesses and a ground-level parking lot.

The proposal is for an eight-storey, mixed-use building with retail units in the ground floor along Granville Street and 41 market residential units within the upper levels. There will be two levels of underground parking with 63 stalls accessed from the laneway.

The design along Granville Street is comprised of three forms that step up and away from the street and a residential lobby located at the southwest corner of the intersection. 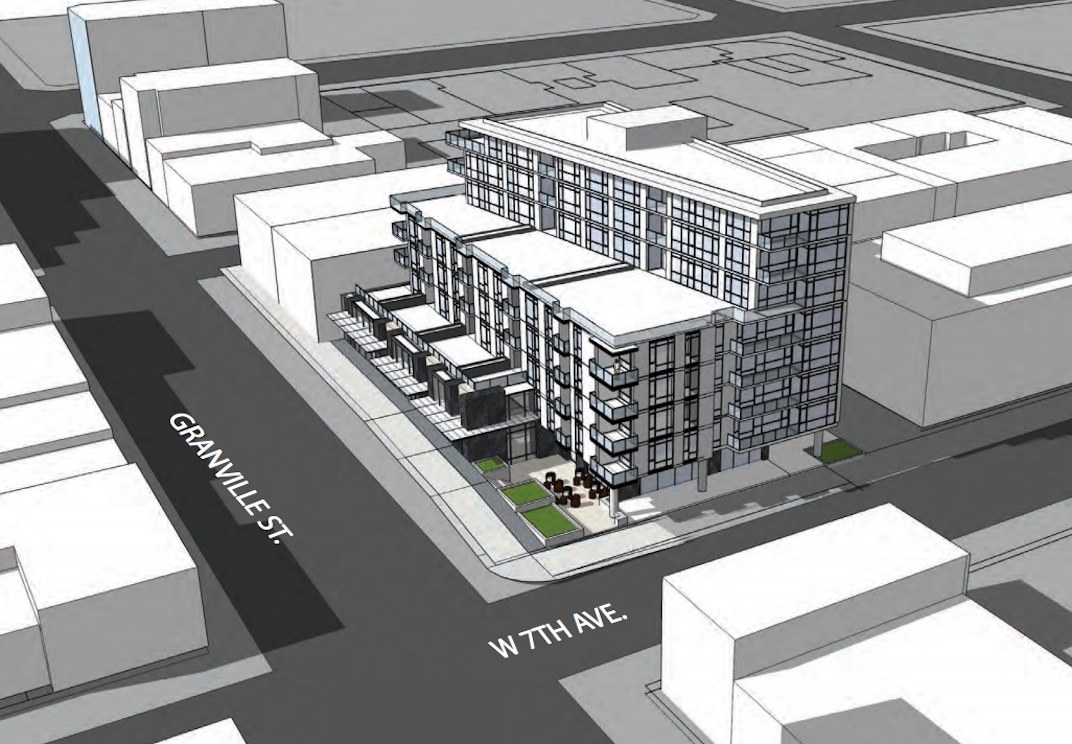 For the building’s form at the upper levels, it steps back even further and rotates between the third and sixth levels in line with the City of Vancouver’s view cone over the site, which significantly limits the possible height and density of the project.

“As a result of these setbacks tenants will enjoy large patios with lots of sunlight and planters along edges,” reads the architect’s design rationale. “The west facing façade is a metal panel grid with smaller windows to minimize the west light and heat gain, with the corridors lining up along west wall at these upper levels.”

The proposed site is perhaps best known for being the location of “Pieces,” a popular 2016-painted mural by Hamilton-based artist Kristofir Dean. It is located on a building wall facing the existing parking area.

If the project is approved, it will be one of the largest redevelopments in the South Granville area in years.