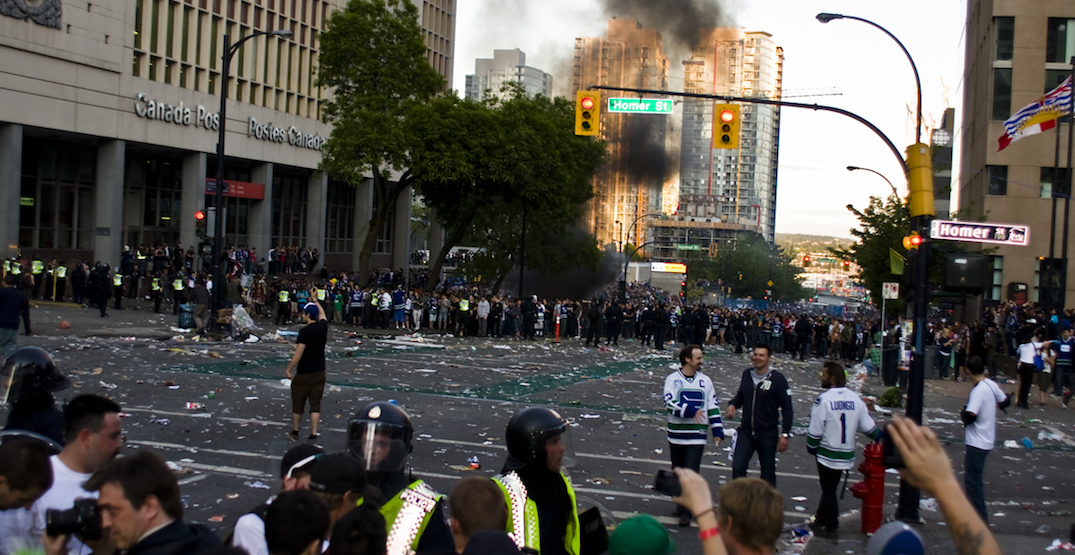 A display will be set up in front of the Vancouver Art Gallery on Monday, June 14, in advance of the 10-year anniversary of the 2011 Canucks Stanley Cup riot.

Vancouver burned on June 15, 2011, following the Canucks’ loss in Game 7 of the Stanley Cup Final. Vancouverites began cleaning up the mess on June 16 and shared words of regret, embarrassment, and hope on boarded-up windows that were smashed the night before. 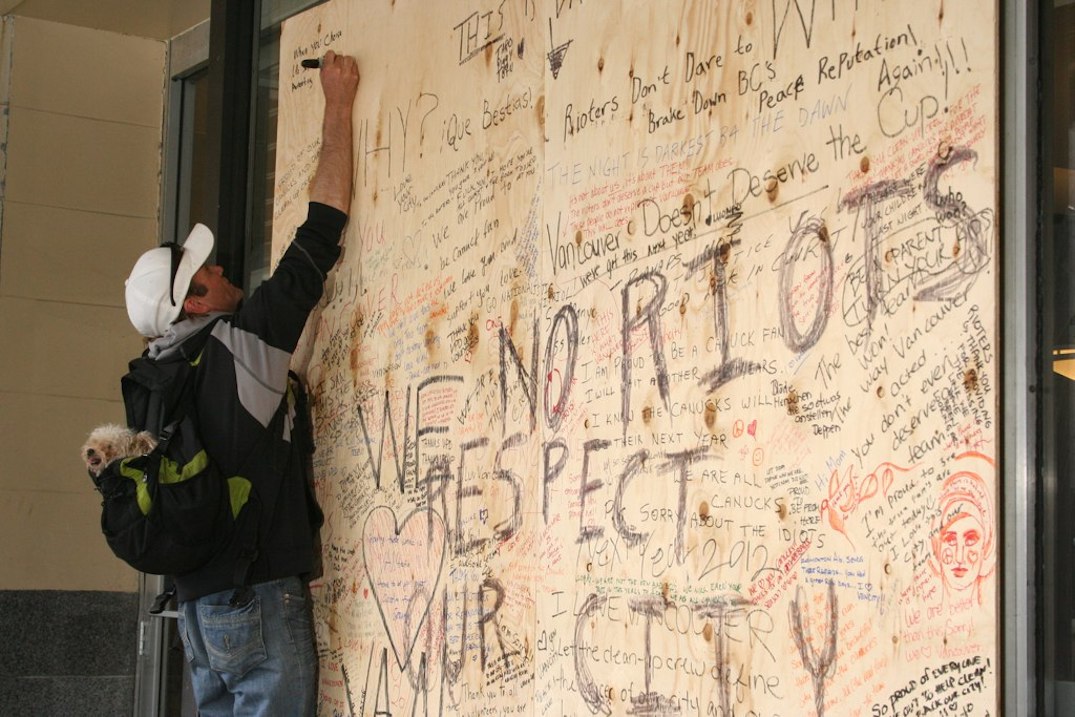 Those plywood boards will be on display at šxʷƛ̓ənəq Xwtl’e7énḵ Square (Vancouver Art Gallery North Plaza), lent from the Museum of Vancouver where they are normally kept. There will also be blank canvasses on hand, with people encouraged to share new messages 10 years later. Fans can also share their memories by emailing [email protected]

Local filmmakers Kat Jayme and Asia Youngman are behind the installation, and will have cameras set up. They wouldn’t reveal further details about the project other than to say it’s in “collaboration with ESPN.”

Jayme is, of course, well known to local sports fans because of her award-winning film Finding Big Country, which debuted in 2018.

“I think everyone in Vancouver can remember exactly where they were when the riots happened. It’s always just such an interesting conversation that comes up,” Youngman told Daily Hive.

While Jayme was watching the infamous game at home with some friends, Youngman watched on a big screen in the street outside the CBC building.

“I just remember so vividly, just that energy that was in the air. It was a really scary moment. I chose to leave pretty quickly. I went down to Dunsmuir and my dad and my brother picked me up and we fled before they shut down the downtown area,” she added.

“We feel like it’s important that we highlight what happened and just get a better understanding of it because it happened twice already in Vancouver, and we don’t want it to happen for a third time.”

Jayme stressed that normal COVID safety measures will be put into place.

“We want to encourage mask-wearing, physical distancing, and the proper protocols will be in place with our installation crew to make sure that people are following that,” said Jayme. “We also want to encourage people to come down to check out the installations, to share their story, their memories of what happened.”

It remains to be seen how ESPN might be involved with the project, as the filmmakers were tightlipped about the American broadcaster.

Canucks fans have long wondered about a potential 30 for 30 documentary about the 2011 Stanley Cup Final, and certainly the moment in history has all the ingredients for a great film. ESPN also has extra motivation to cover a hockey story, after securing the broadcast rights in the United States beginning next season.