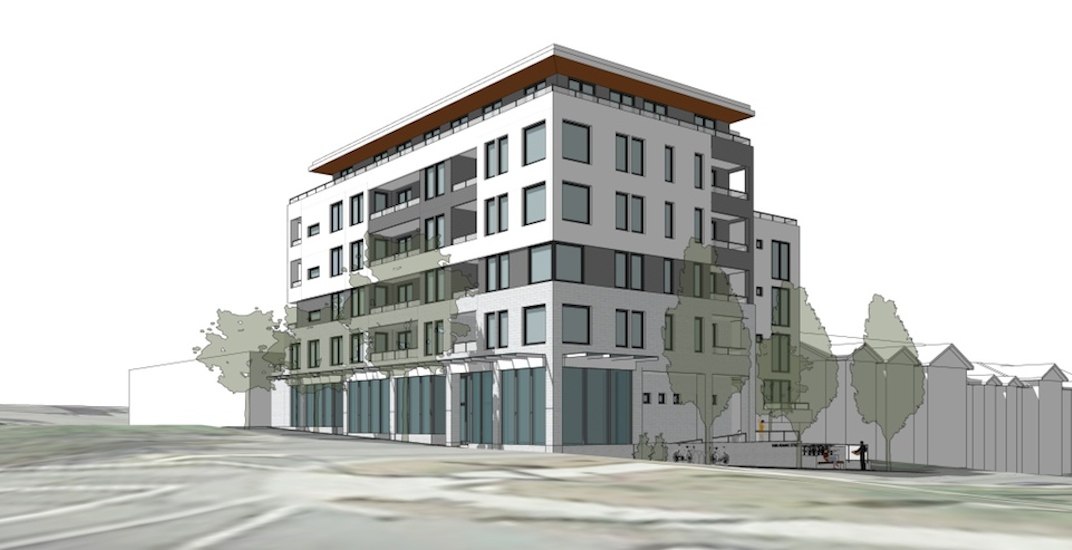 More than three years after the rezoning application was approved by Vancouver City Council, a small builder is still nowhere near being able to get shovels in the ground on a modestly-sized multi-family rental housing project.

And now, the project is facing cancellation, with the developer citing $284,000 in additional unexpected City fees for Utility Development Cost Levies (UDCL), and a 17% escalation in overall construction costs from materials and labour increases.

Jerry Rakhra, principal of Vandwell Developments, told Daily Hive Urbanized these costs are exorbitant to his small company and for the small project he has been attempting to build. Moreover, he is aiming to build rental housing, which has tight margins compared to market ownership housing.

The project is located at 1680 Adanac Street — the southwest corner of the intersection of Commercial Drive and Adanac Street. The approved rezoning — under the city’s previous Rental 100 policy framework — allows for a six-storey, mixed-use building with retail/restaurant uses on the ground level, and 38 secured market rental homes on the upper levels.

This is also not a conventional structure, as the developer has agreed to build to a Passive House green design standard, which carries a cost premium to build.

But Rakhra says the inability to receive the UDCL waiver is now the “final nail in the coffin” for the project, and he blames his situation squarely on City staff reviewing the development permit application and the overall inefficiencies of the permitting system.

His team began the process of completing the permit application and the steps to meet the UDCL waiver requirements after receiving City Council’s rezoning approval in February 2019. In November 2019, City Council passed a bylaw that all in-stream permits issued after September 2021 would not be eligible to claim a UDCL waiver.

But Rakhra says he was not informed of the UDCL waiver policy change until March 2021 by email from City staff. At this point, he still had a six-month window to obtain the UDCL waiver.

However, the six-month window to receive the waiver quickly came and went, as the average response time to his basic inquiries and feedback from engineering and planning was three to four weeks. With very slow response times and an unrealistic deadline — even for his team, which has significant experience with navigating and working with the City of Vancouver’s permitting process — the task of obtaining the UDCL waiver was impossible.

“All the delays were mostly on the City’s end. The right hand (City Council) doesn’t speak to the left hand (planning department),” he said, asserting that the process “set him up to fail,” and the permit is “essentially being held hostage.”

In one major instance of delay in the review process, the City’s engineering department misinterpreted the parking requirements, and this delayed the project’s review progress by nearly 10 weeks.

“They were like, ‘Yes, I guess you’re right,’ at the end when the parking issue was resolved,” said Rakhra. 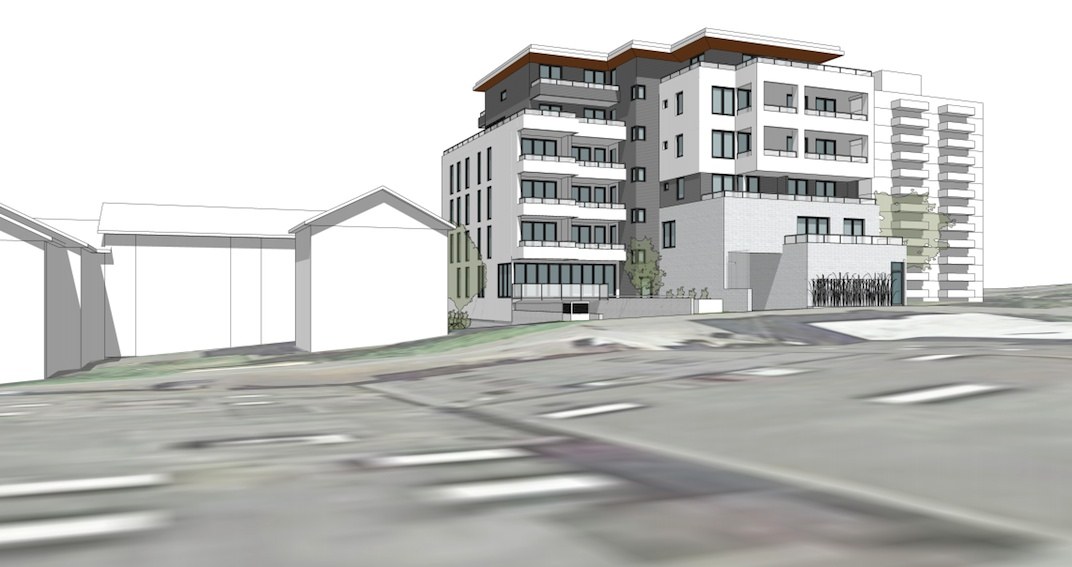 As for the importance of the UDCL waiver for determining the future of the project, it is necessary as Vendwell’s Canada Mortgage and Housing Corporation loan towards covering the project’s construction costs was approved on the conditions of the housing agreement for affordable rental homes, various fee waivers including UDCL, and predetermined rent controls under Rental 100. The pro forma for the project does not work without the UDCL waiver.

As of now, Vandwell Developments has worked on this modest rental housing project for six years.

With construction cost escalations in the project, “every penny now matters hence the importance of getting the waivers.” He says that at the time of the rezoning approval, the City was indicating it was “fast-tracking” rental projects.

A fair timeline for reviewing and approving the development permit application, he says, would be about 15 months after rezoning is approved, which would put the permit approval in Spring 2020. Some of the delays can likely be attributed to the initial pandemic impacts on the municipal government.

Rakhra asserts many developers and architectural applicant teams are facing similar scenarios where the “City isn’t working in good faith and is just too overwhelmed.” He acknowledges that the archaic nature of the permitting and review process is also partially due to a high rate of turnover and new city employees with a steep learning curve within the relevant city departments.

“It will take approximately 28 months to build this Passive House building, but the project is probably not going to be built because of the delays, exuberant carrying costs on the land, and uncertainty moving toward about supply chain. It’s the perfect storm,” added Rakhra.

“This isn’t a complicated project. Everything in our Passive House design is within the guidelines, and we have not asked for anything extra, unlike the bigger developers.”

In her motion, De Genova writes that a total of 13 projects were eligible for in-stream City fee protections if an eligible permit were received by the end of September 2021. City staff confirmed to her that four of these projects — each previously approved by City Council for secured market rental homes — were close to eligibility, but did not meet the deadline.

About 145 affordable rental homes are now at risk of cancellation because of conflicting bylaws.

“Without the DCL/UDCL waiver, some projects may not be viable and may be abandoned by applicants, affecting the overall overcomes of delivering secured-rental in the Housing Vancouver Strategy,” reads the motion.