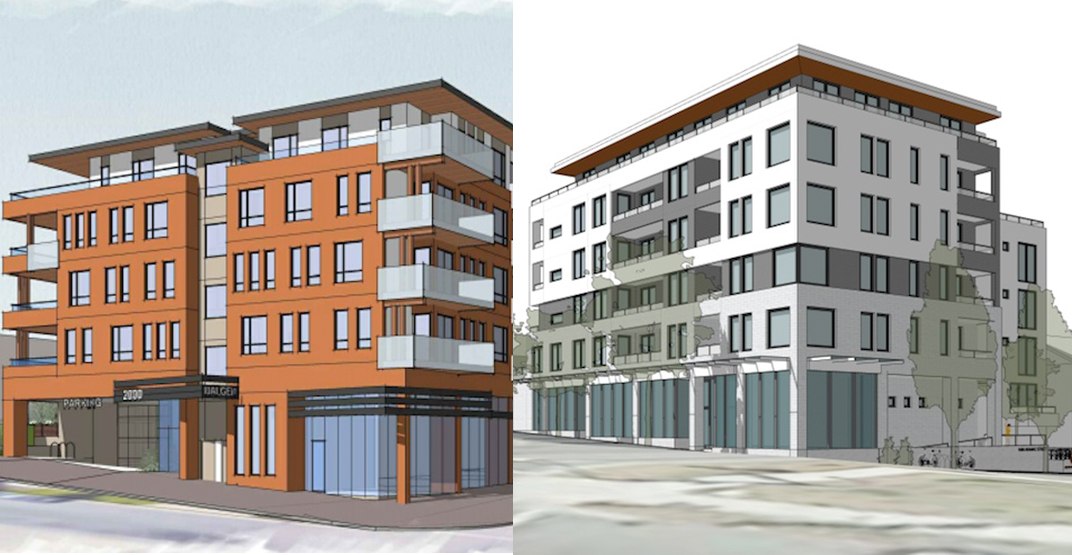 While the projects both received rezoning approval, the decision was not unanimous, with COPE councillor Jean Swanson and Green Party councillor Pete Fry voting against the separate rezonings. 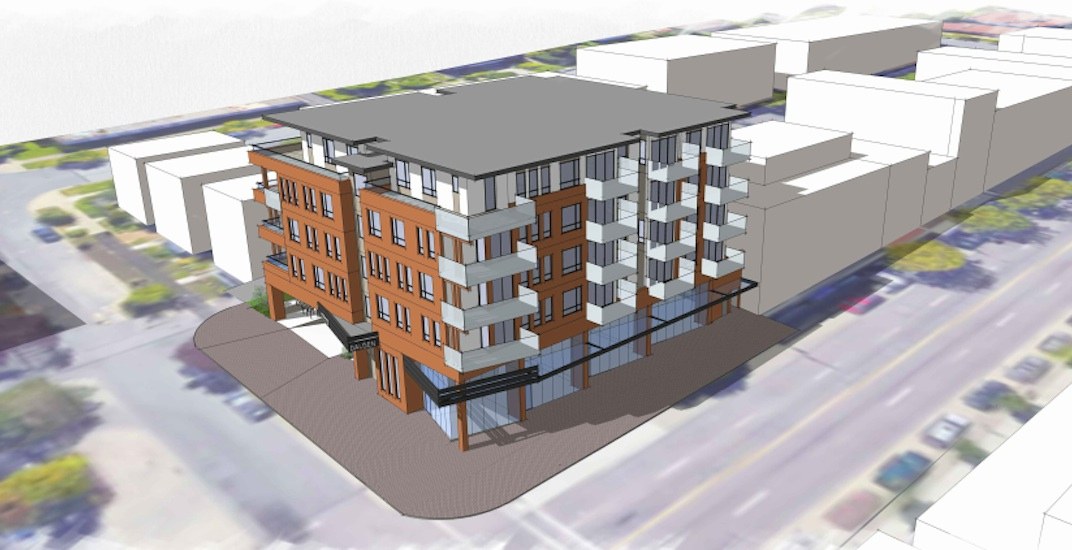 Over in the Eastside, the approved rezoning application for the site at 815-825 Commercial Drive and 1680 Adanac Street calls for a new six-storey, mixed-use building with 38 secured market rental housing units and three ground-floor retail units facing Commercial Drive, with a combined total of 3,800 sq. ft. of retail space.

Designed by Cornerstone Architecture, it will be built to Passive House environmental standards.

There will also be 23 underground parking stalls and 56 bicycle stalls. 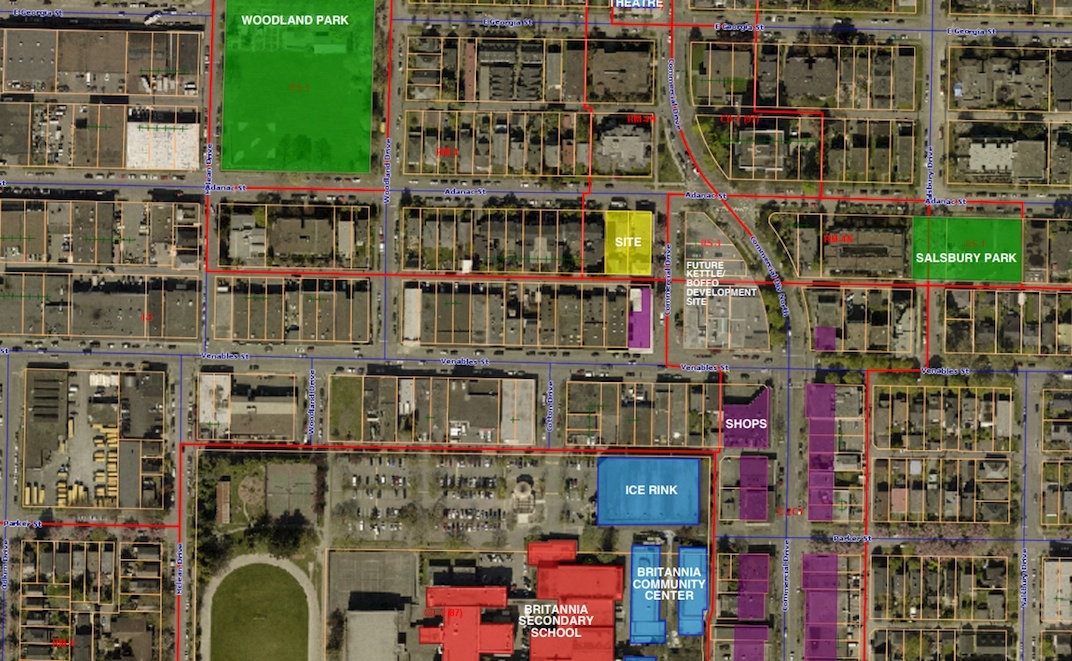 Approvals for both projects come at a time when City Council has been scrutinizing rental housing incentive programs for private developers — such as those provided under Rental 100 — and the city’s definition of ‘affordable’ rental rates.

While the allowable rental rates have recently gained much criticism for being unaffordable for lower-income residents, such developments with units with these rates are meant for middle-class income earners, including dual income earners.

Since 2017, over 1,800 rental units have been approved under Rental 100, with supporters of the policy stating these same units would have been built as market ownership units without the incentives to build rental housing.