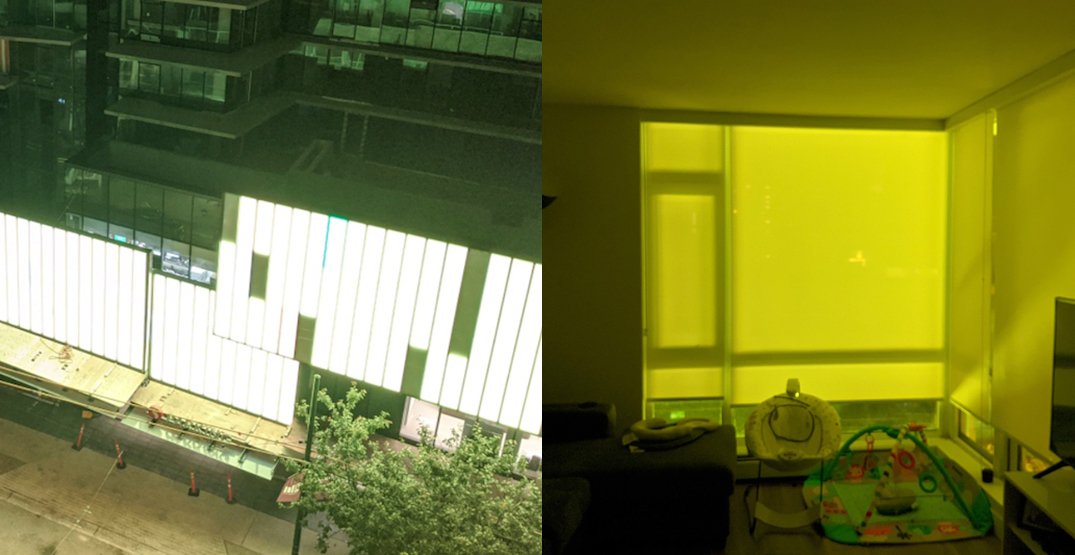 Someone might need to adjust the brightness settings of the exterior lighting feature of a newly-completed building complex in downtown Vancouver’s West End.

James Sweatman lives directly across from 1641 Davie Street — a complex with 330 units of rental housing within the tower levels, and a new replacement Safeway within the lower levels, which opened its doors on Thursday.

The podium levels of the building — the exterior of the Safeway — feature a light wall that illuminates nightly.

But photos shared by Sweatman show a green glow streaming through his apartment, even with the blinds down. His photos were captured at 11 pm Wednesday, but he says the lights remained on for the whole night, and as a result he had difficulty sleeping. 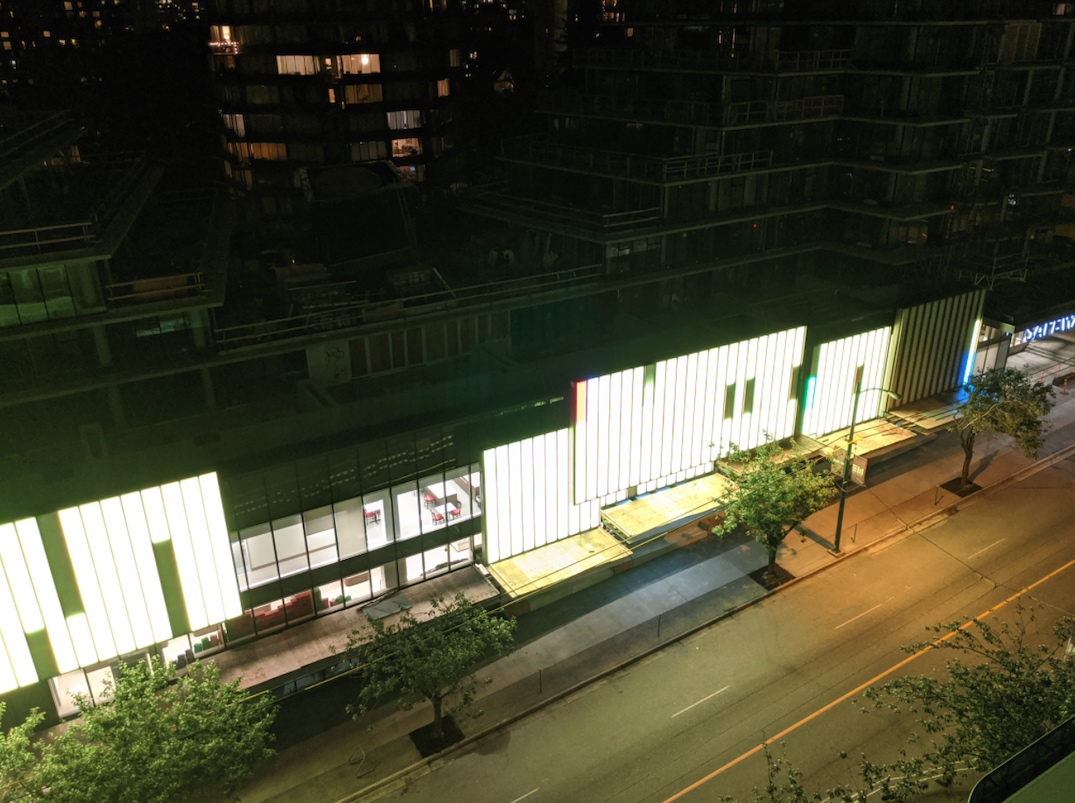 And he is up on the 10th level, which means his unit is not taking the direct hit, unlike the homes on the lower levels.

He says he has made complaints to Safeway, the property owners, and the municipal government. Other affected residents in the area have also done the same. 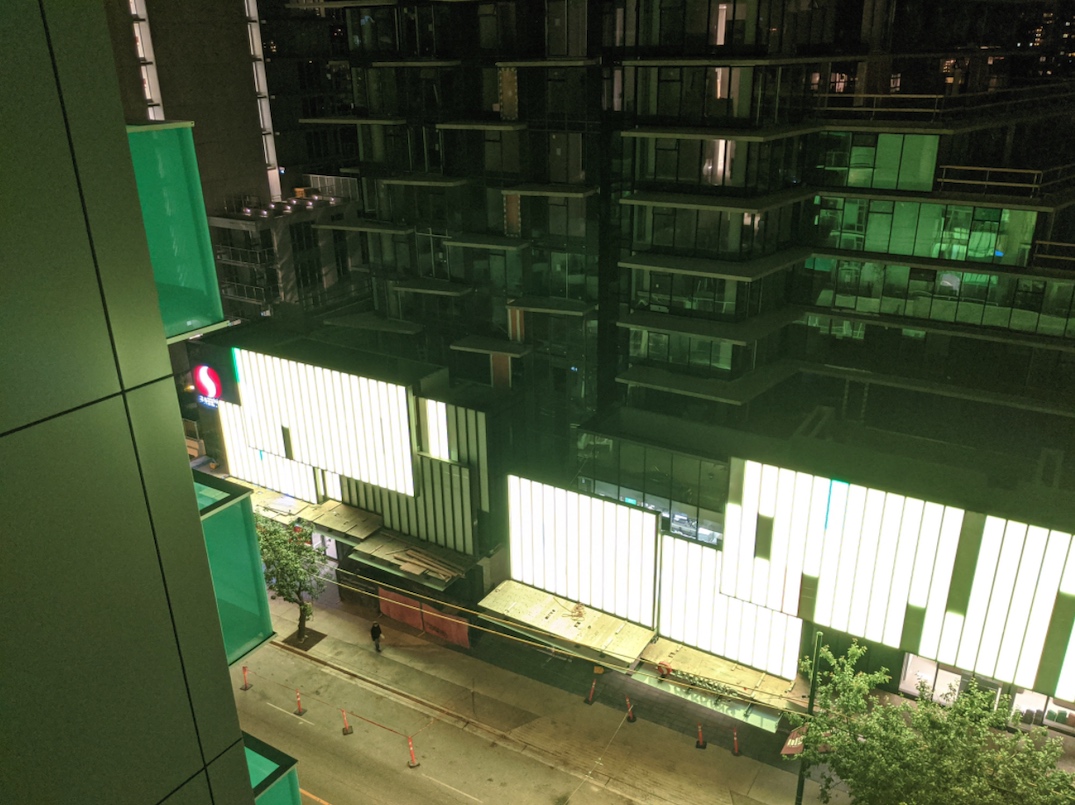 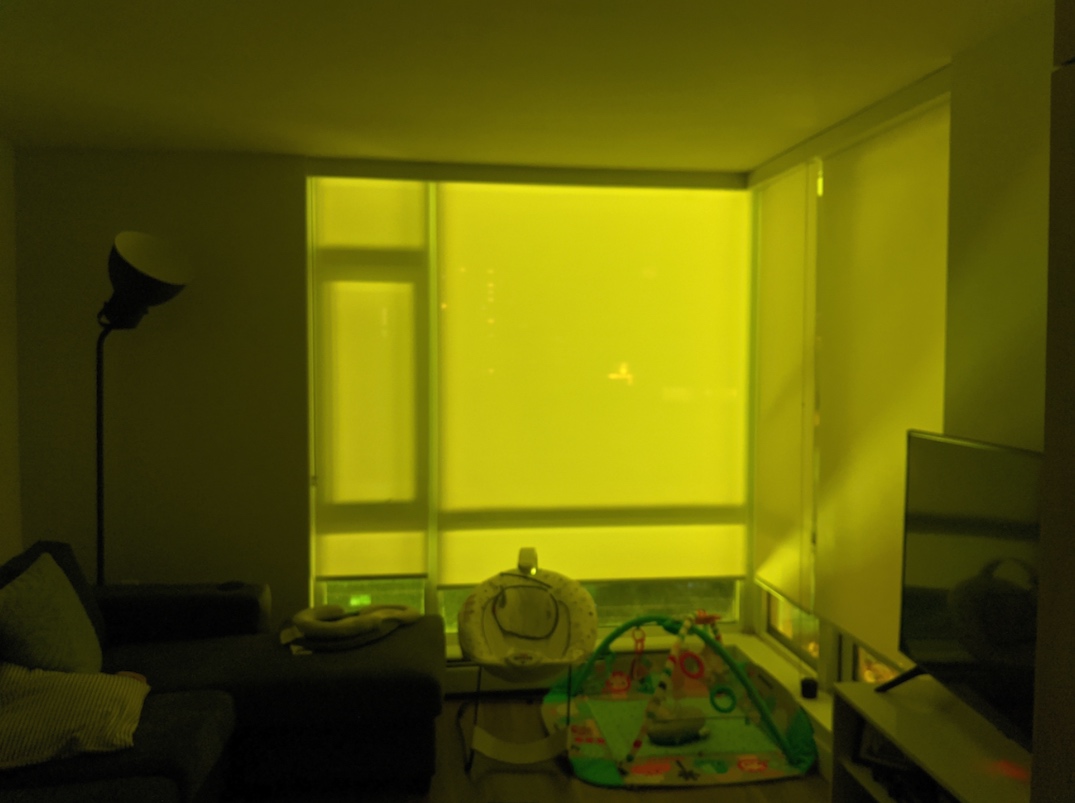 These lighting systems are typically programmable installations that can be dimmed.

The building is developed and owned by a joint partnership between Westbank and Crombie REIT. Daily Hive Urbanized has reached out to Westbank for comment.