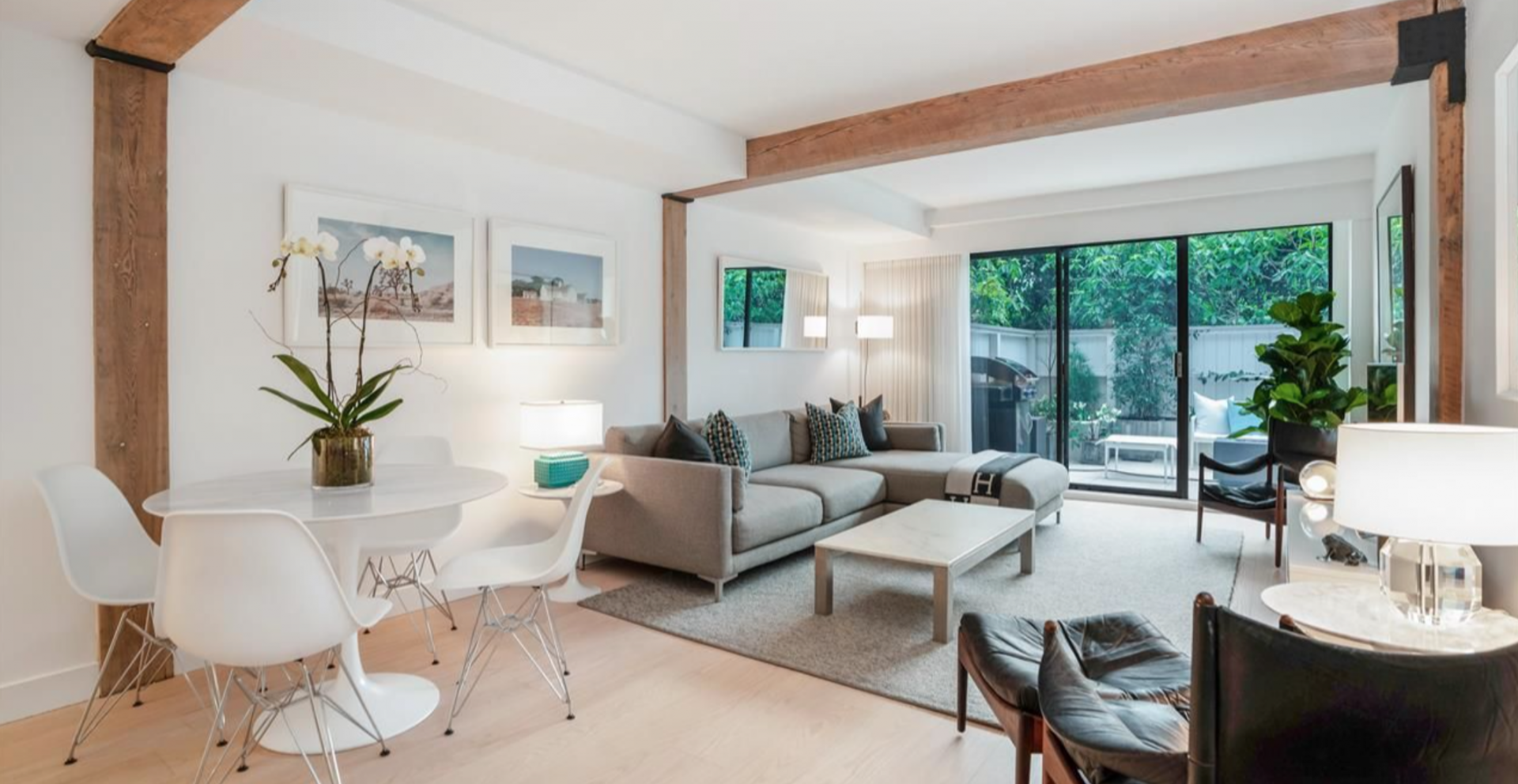 A renovated 1972 condo that sold this week had 15 offers to purchase, pushing the sale price up 24% over the original asking price.

It was on the market for less than a week. 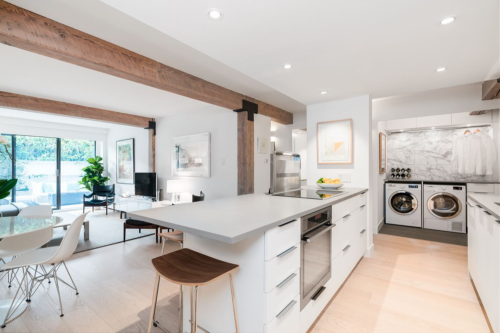 There were two similar units listed in the building on the same day; however, this extensively restored ground level suite in the low rise building sold for $130,000 more.

The sellers are young professional designers who had lived in the home for five years. It was purchased in original condition, and the owners wanted a fixer-upper so they could “put their stamp on it,” listing agent Karin Smith told Daily Hive Urbanized. 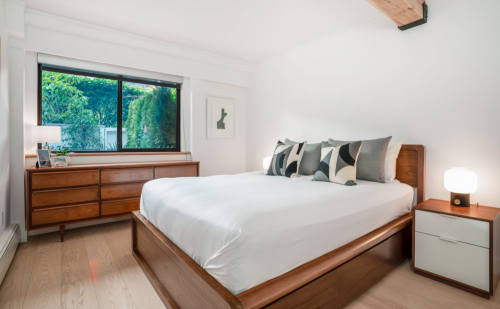 The couple brought the unit from “mid-century to 21st century” by exposing the original wood beams in the bedroom and living room, adding engineered hardwood floors and opening up the floor plan by removing a non-structural wall.

Plumbing and appliances were upgraded, and new cabinetry and countertops were also added. The unit also boasts an oversize patio with southern exposure; a bonus outdoor feature Smith says pandemic buyers are keen to have.

“Anyone would feel like they could move right in — it’s so beautiful,” she said. 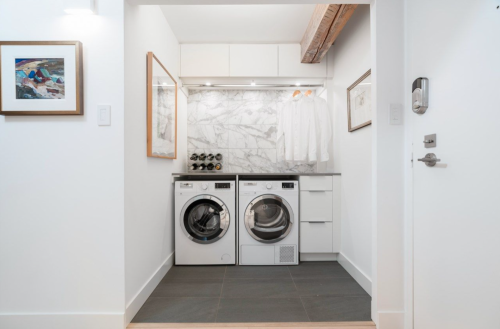 Smith said the winning bid was not an outlier, with at least three coming in over $700,000.

The successful buyer was someone who could go up in price, she said, adding she understands a large segment of buyers are not in the same position and could be priced out of the market.

One Vancouver real estate agent who submitted an offer on behalf of his client this week told Daily Hive Urbanized they were very interested in purchasing the condo, but simply could not match the winning offer because it was so far over the original asking price. 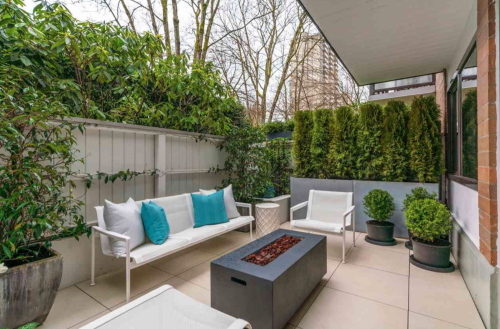 Although the sale price received is nearly a quarter more than asking, Smith was not surprised, having two sales in the last month that went way over asking.

“Everything I’ve been listing has been going way, way over.  Including condos,” said Smith, who has been a realtor in the city for the past 17 years. 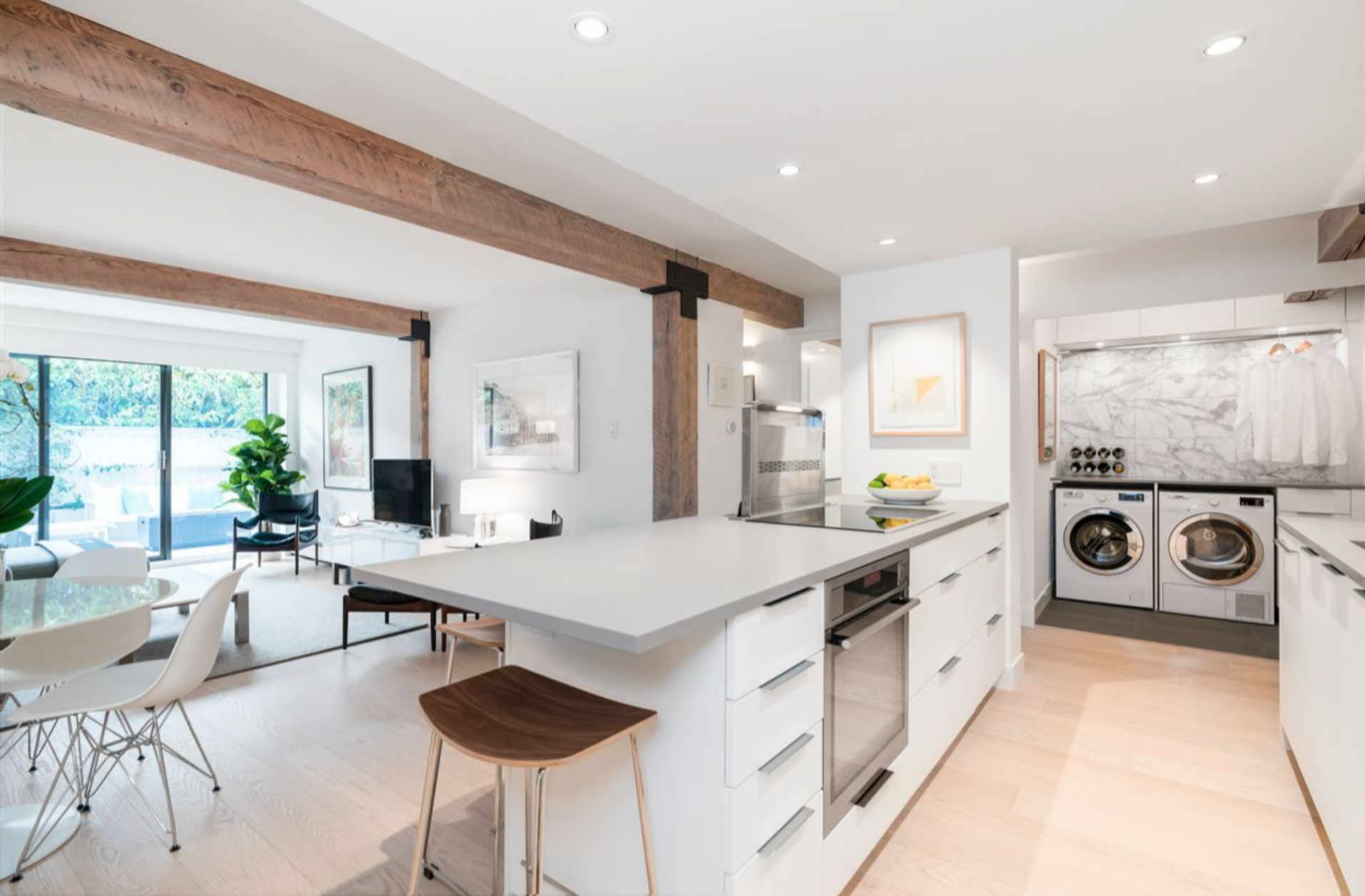 “I don’t underprice. I don’t believe in pulling people in and giving them false hope,” she says. 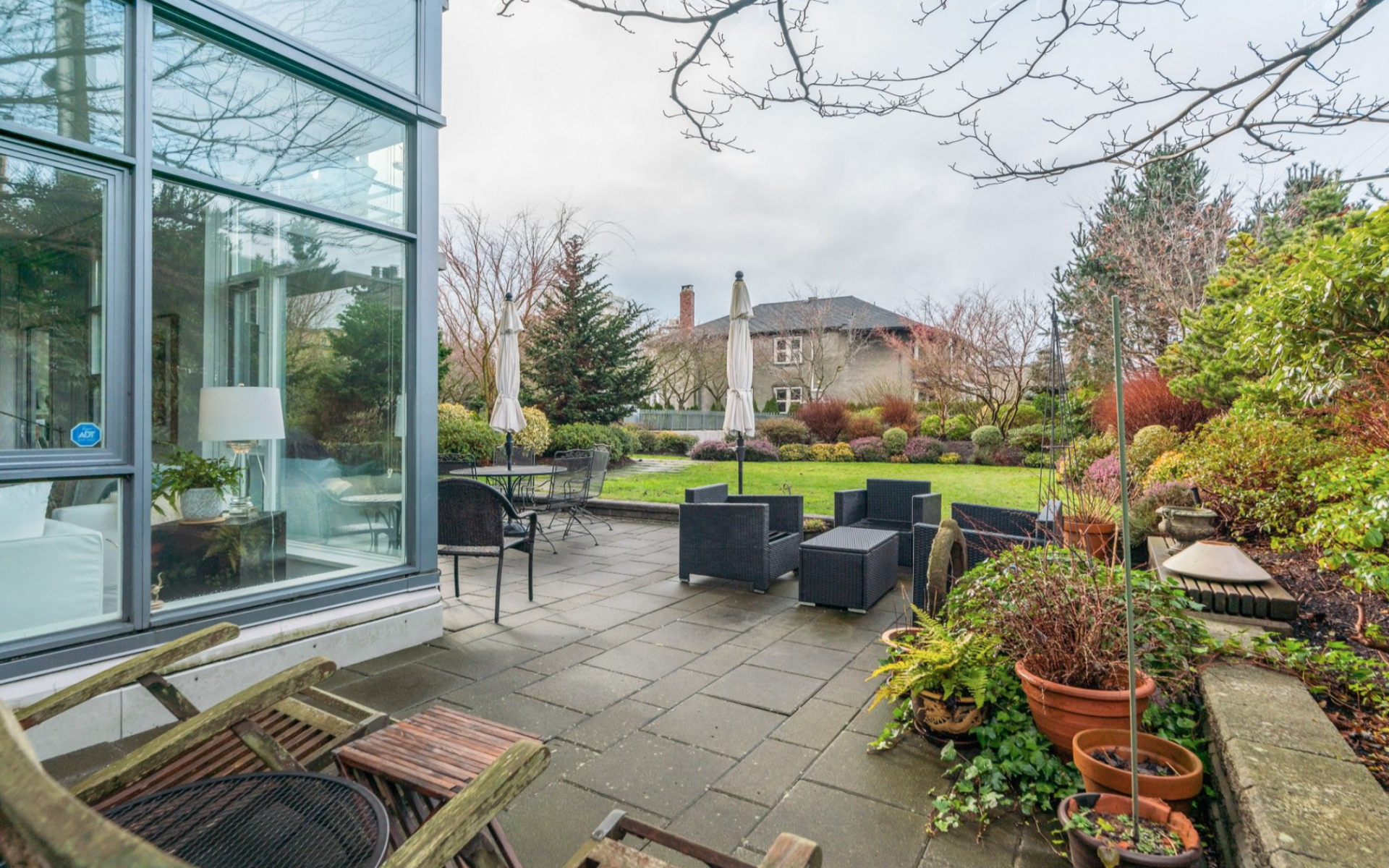 The spacious unit, built in 2008, also boasted a large ground floor outdoor space — 32 by 26 feet — a bonus living room of sorts for those who would normally be cooped up inside during the pandemic. 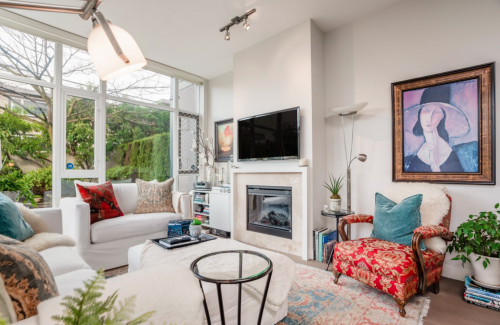 For both listings, she saw offers ranging from first-time buyers to people downsizing from houses to older people who were longtime condo dwellers. Others were people leaving Gastown and Crosstown and wanting to purchases places on the West Side.

In Vancouver specifically, exceedingly high demand coupled with low supply has led to fierce competition for properties this spring and an “intense seller’s market.”

Last month, sales reached 43% above the 10-year sales average for the month.

The Real Estate Board of Greater Vancouver (REBGV) says there were 3,727 home sales in the region last month, a 73% increase from the 2,150 sales recorded over the same month in 2020.

“Metro Vancouver’s housing market is experiencing seller’s market conditions. The supply of listings for sale isn’t keeping up with the demand we’re seeing. Competition amongst home buyers is causing upward pressure on home prices,” said Colette Gerber, the chair of REBGV, in a statement.

The benchmark price for all residential properties within REBGV jurisdiction is just over $1 million; however, the agency’s boundaries cover not just Metro Vancouver, but all the way out to Maple Ridge and Pitt Meadows, as well as Squamish and the Sunshine Coast.

The national average home price is expected to rise by 16.5% in 2021, according to the latest forecast report from the Canadian Real Estate Association (CREA).

The increase is significantly higher than the 12.9% increase that was seen last year.