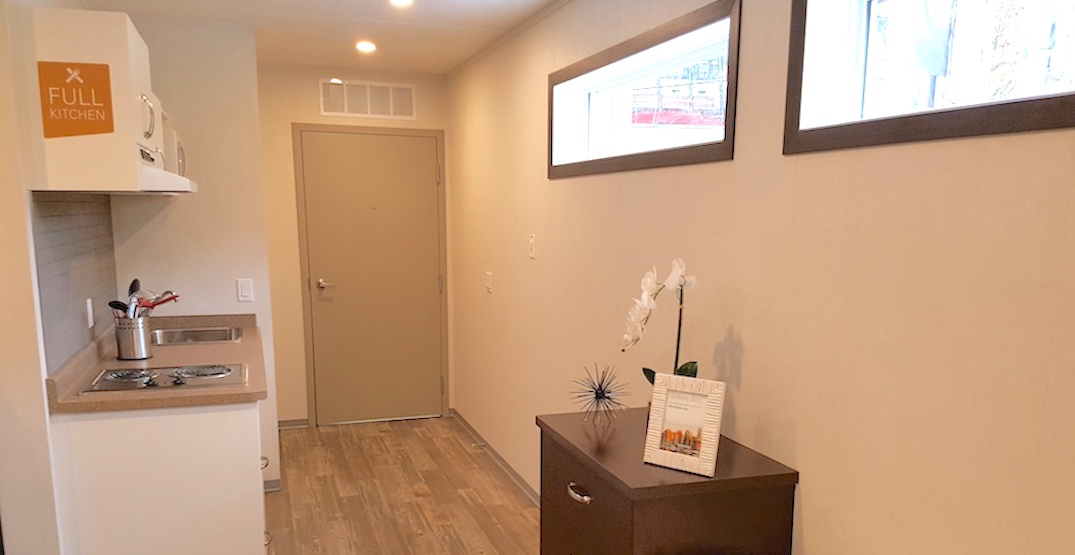 Recently announced federal funding under the Rapid Housing Initiative for Surrey will go directly towards a new permanent modular housing building for women.

The federal government announced earlier this week that the construction of 44 new modular homes at 9145 King George Boulevard will be supported by $16.4 million in funding.

Atira Women’s Resource Society, which owns the property and has operated its Little’s Place facility of 22 supportive units for women at the site, will develop and operate the new building.

The new homes will support women experiencing and at risk of homelessness, including those struggling with substance abuse and mental health.

The provincial government will also support this housing project by providing annual operating funding over 20 years.

Construction is anticipated to begin early this summer for a completion in early 2022. The municipal government approved the project earlier this year.

Separately, the provincial government has been supporting the construction of 250 permanent supportive housing units across three projects in Surrey.

Last fall, the federal government through Canada Mortgage and Housing Corporation announced $500 million of the Rapid Housing Initiative’s $1 billion budget will be allocated specifically for 15 major cities, including Vancouver, Surrey, Toronto, and Montreal. The various allocations to each city was announced at the time, but it had yet to be assigned to specific projects.

Vancouver will use the $51.5 million it received towards acquiring the Days Inn hotel at 2075 Kingsway for its conversion into 65 supportive units for the homeless.

Toronto and Montreal received larger sums from the federal government than Vancouver, with $203.3 million and $56.8 million allocated, respectively.