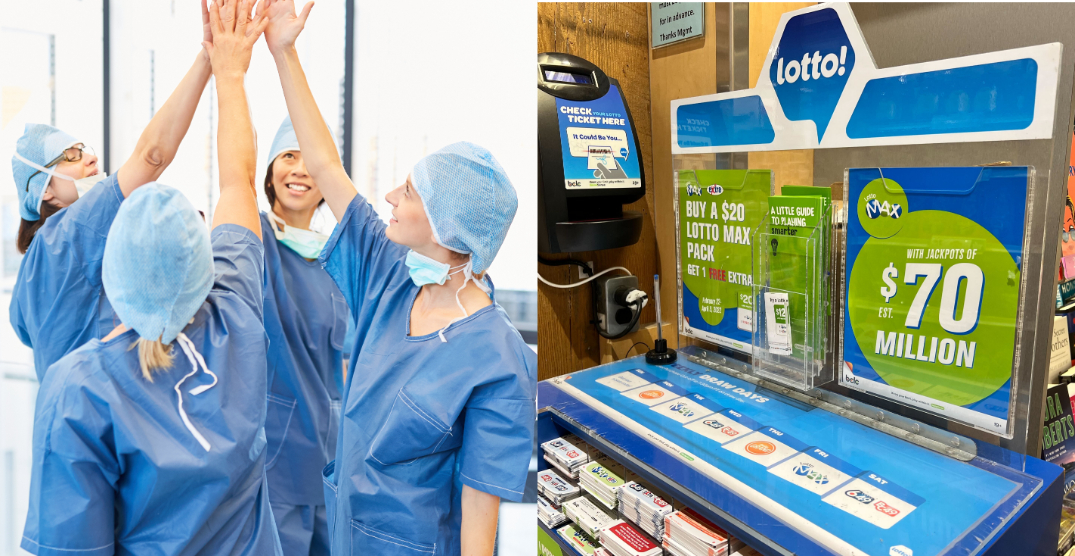 A group of nurses in BC has won a major Lotto Max jackpot.

The 15 nurses, who have been playing the lotto together for about two years, say they are planning something special with the extra cash!

Miklosikova says she was at home, making some breakfast after finishing her workout when she realized they had won.

“I scanned the ticket and thought it was $256, but then noticed the comma. I scanned it a few more times on the BCLC Lotto! app and realized it was $256,000,” said Miklosikova.

“Winning is unbelievable! We’ll all be able to plan something special with the extra money.”

Steps to avoid misunderstandings when playing with a group

If you are playing the lottery with friends, family, or coworkers, BCLC says it’s important to take some precautions to avoid any confusion.