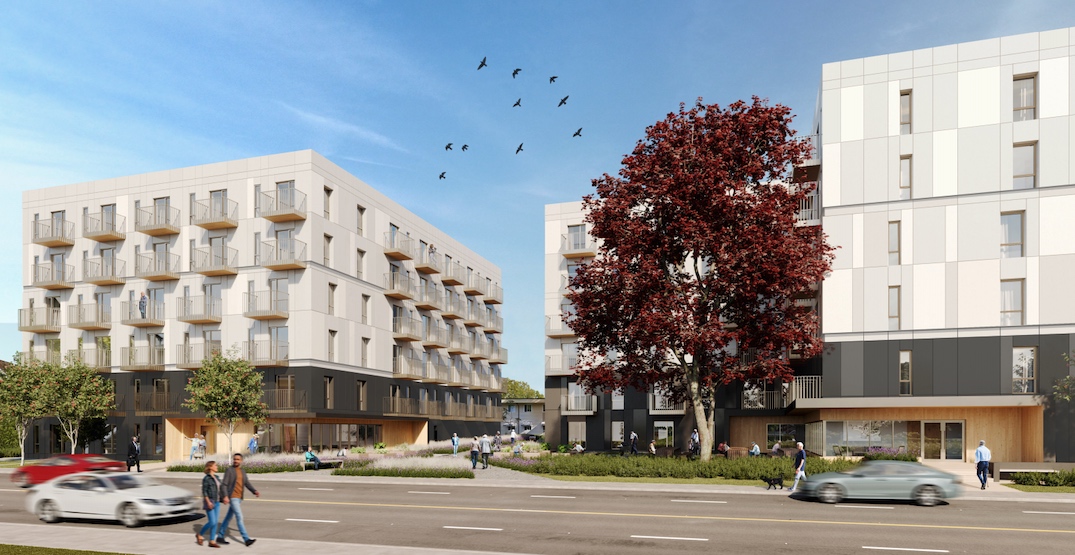 A proposed redevelopment project along East 12th Avenue, just east of Clark Drive in Vancouver, could provide a new infusion of affordable housing for low-income seniors.

These aging structures, constructed in the 1960s and 1970s, are now in need of replacement, and through redevelopment there is an opportunity to increase the number of units to enable the property as a transit-oriented development — near major bus routes and SkyTrain’s Commercial-Broadway Station.

The proposal is being considered under the municipal government’s Grandview-Woodland Community Plan. 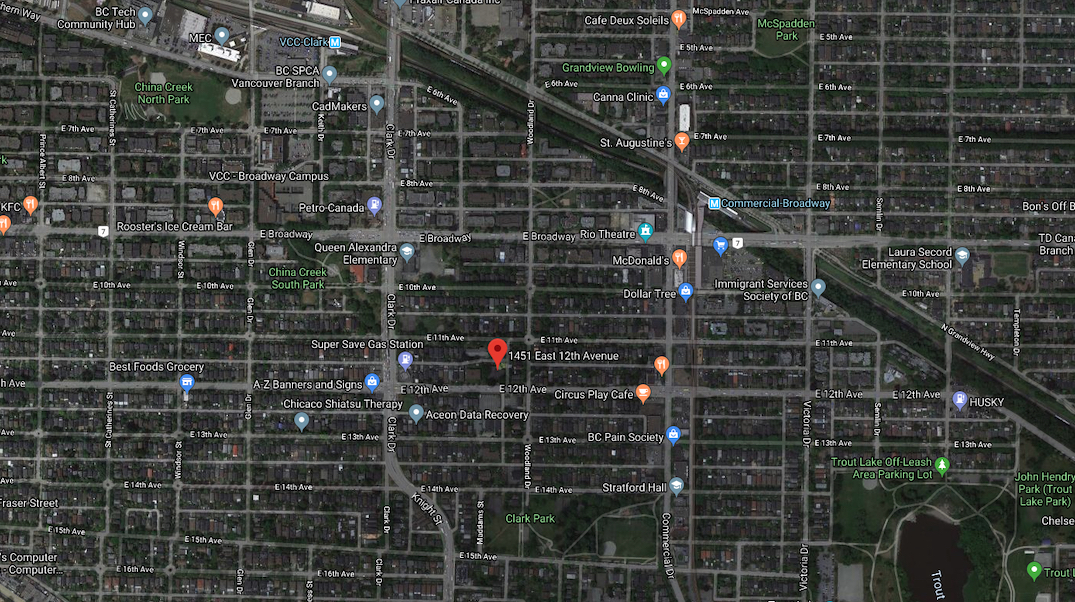 According to the application, the redevelopment would create a pair of 68-ft-tall, six-storey buildings, containing a total of 157 senior social housing units — a net gain of 100 units over the existing structures.

The unit mix is 99 studio units and 58 one-bedroom units, 30% of the units secured for households with incomes below housing income limits.

Residents will have access to both indoor and outdoor amenity spaces, including a landscaped amenity central courtyard facing East 12th Avenue. There will also be a “mini central greenway” between both buildings, from the arterial road to the laneway and abutting the courtyard.

“The project is predicated on creation of affordable housing that is focused on livability, is warm and inviting, sensitive to the context, cost-effective to construct and maintain, and is highly energy efficient,” reads the design rationale by Ryder Architecture.

“Located on a busy south facing arterial, the proposed project design responses are simple, rationalized and well resolved forms that respond to contextual constraints and opportunities.”

A single underground level for both buildings will create a combined total of 33 vehicle parking stalls and 175 bike parking spaces.