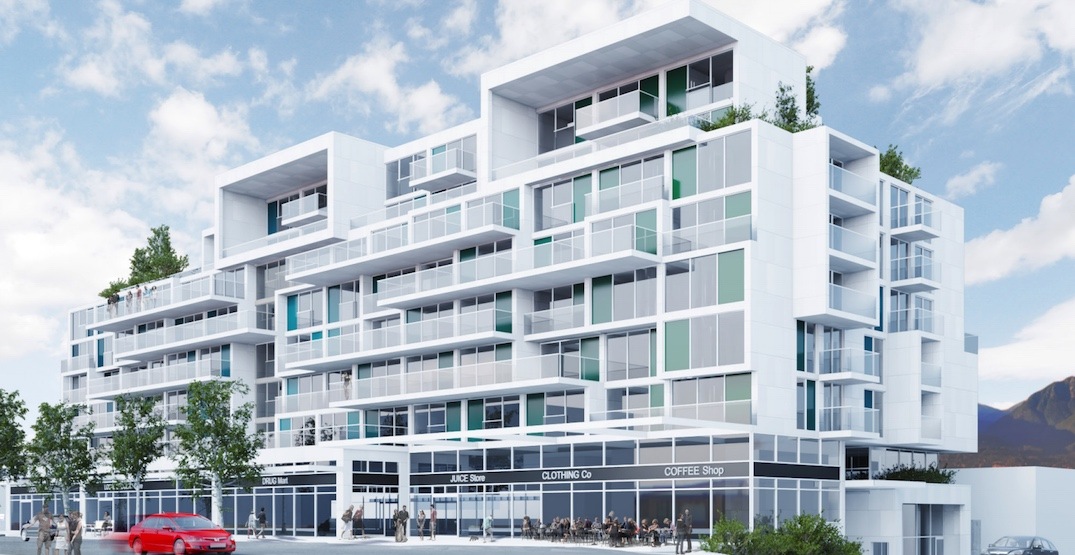 A new mixed-use redevelopment could provide a segment of East Hastings Street in Vancouver’s Grandview-Woodlands neighbourhood with a much-needed boost. 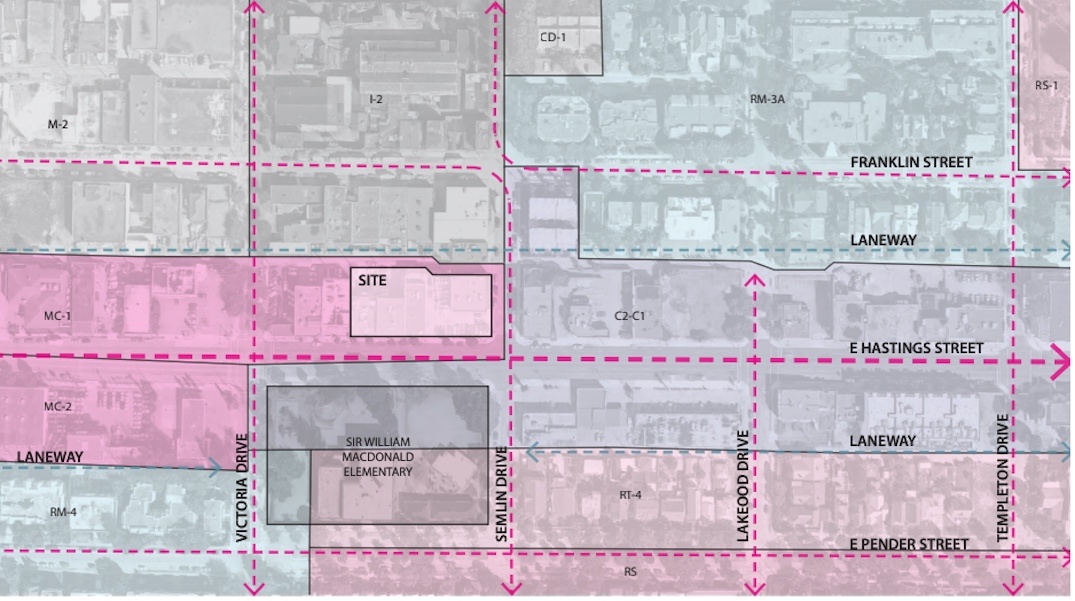 Another two units are located on the northeast corner of the building, with street front access from Semlin Drive to enable the units to be used for live-work purposes.

Residents will have access to a shared outdoor amenity terrace, with views of the North Shore mountains and downtown skyline. Additionally, balconies are shaped by the undulating form of the facade, which “responds to the dynamism of East Hastings Street and improves the environmental performance of the building.” 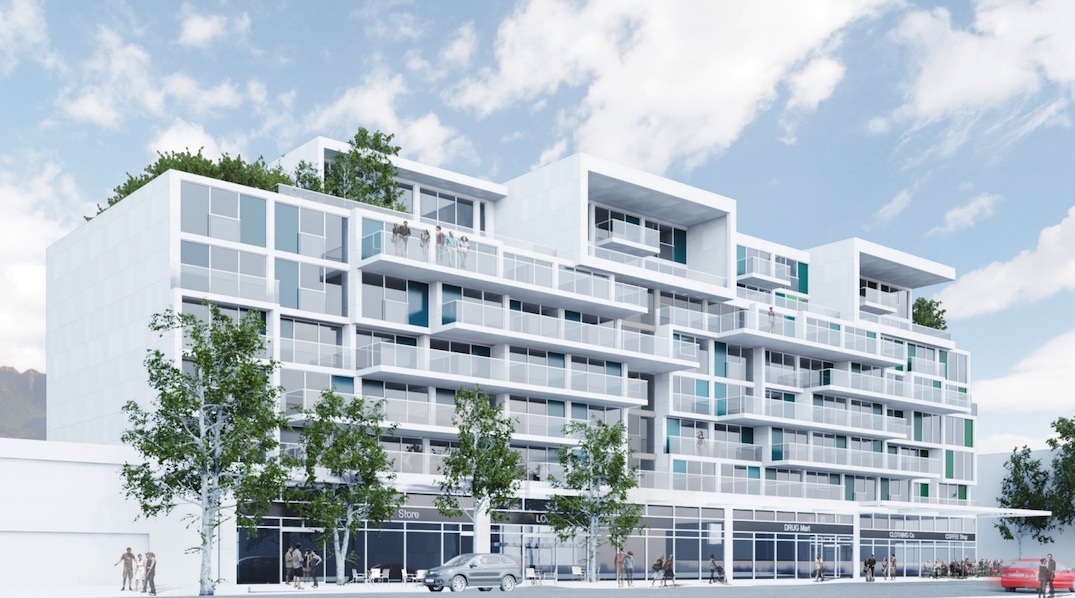 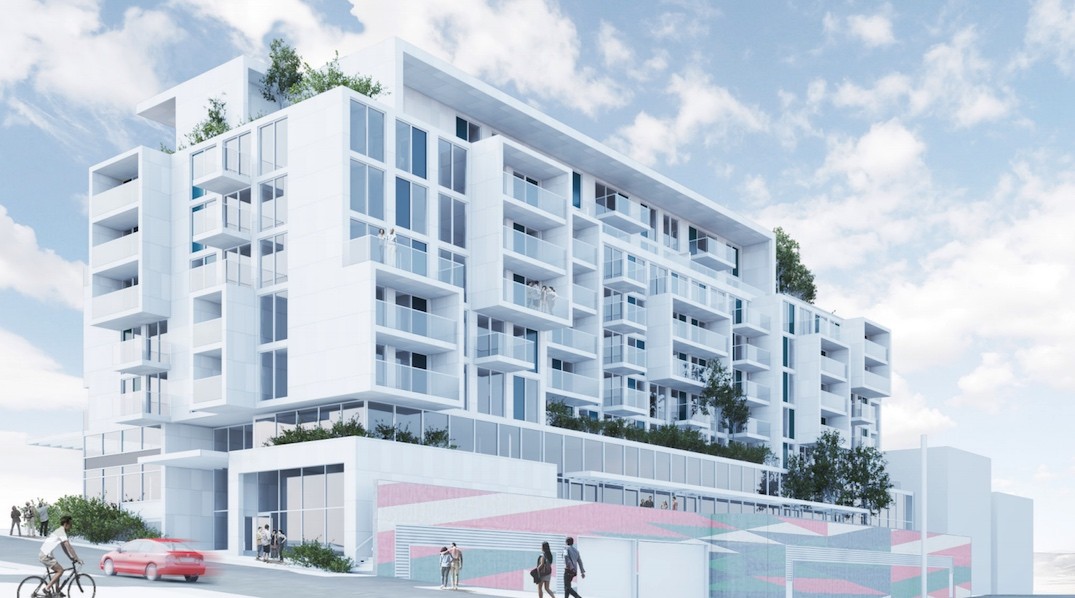 Significant commercial spaces totalling over 18,000 sq. ft. of floor area are slated for the ground level to help activate the street front, including a 9,300-sq-ft retail unit that is suitable for a drug store.

“The proposal responds to the Grandview-Woodland Community Plan guidelines for building heights by its massing and material palette. The six-storey podium mass provides a strong street wall along Hastings, and its horizontality is emphasized by its façade language of rectangular panels,” reads the design rationale by local architectural firm DIALOG.

“This is emphasized further in the neighbourhood skyline by the expression of north-facing balconies as horizontal bands on the mass. In contrast to this base, the topmost two storeys manifest as a smaller mass, sitting on top of the base, in response to the ‘saw-tooth’ pattern of building heights envisioned for the Hastings streetscape by the Community Plan.”

A significant public art mural opportunity is provided along the lower length of the building’s laneway. Green roofs are also envisioned for the building.