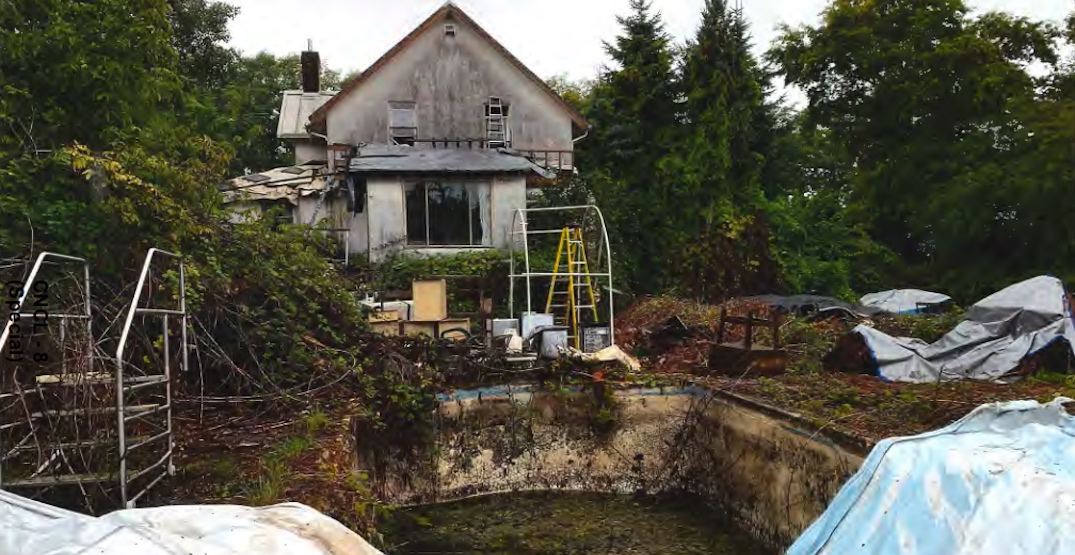 Richmond city council is expected to approve city staff’s recommendation next week of ordering the demolition of a dilapidated residential structure on a 10-acre farm property, located near the southern end of No. 3 Road.

According to a city staff report, the residential structures — a vacant 1918-built house and associated sheds and outbuildings — at 12620 No. 3 Road have faced severe deteriorating conditions for at least 10 years.

The municipal government has received a wide range of complaints over the property, ranging from rat and squirrel infestations, and more recently a complaint that the property contained abandoned boats, trailers, cars, and overgrown bushes and shrubs, as well as an abandoned in-ground swimming pool and broken windows in the house.

A subsequent inspection of the property by city staff over the summer also found tires, appliances, storage containers, tarps, metal panels, scraps of wood and lumber, chairs, and visible mould.

It even has a tree resting precariously against the front of the house, after falling from a recent windstorm.

City staff have inspected the property several times since 2011, as a result of the complaints. 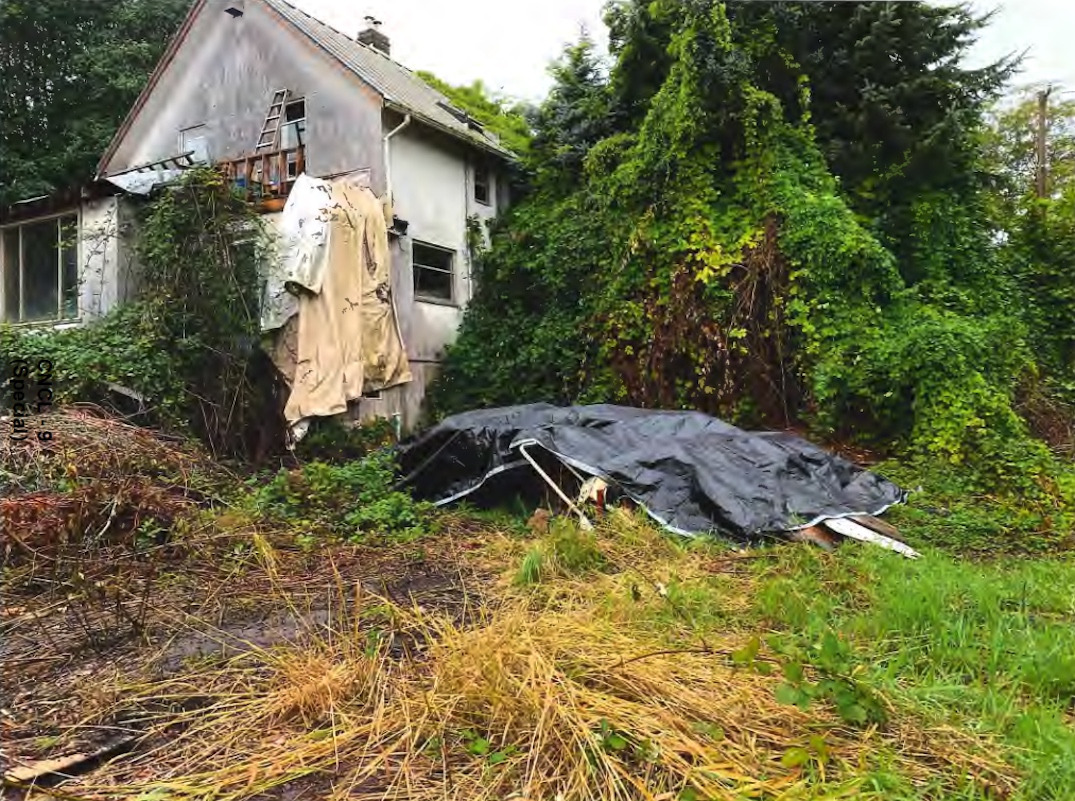 “In consideration of the history of this file, it is recommended that the vacant house and residential sheds and outbuildings on this property be declared a nuisance as they interfere with the public’s reasonable use of the neighbourhood and are of such condition as to be offensive to the community,” states city staff.

This past July, city staff issued to the owners an Order to Comply with the Unsightly Bylaw, mandating that a number of specified steps be taken to bring the condition of the property into conformity.

The owners made initial progress in cleaning the site, and this resulted in city staff’s leniency of providing an extension to comply with the order. 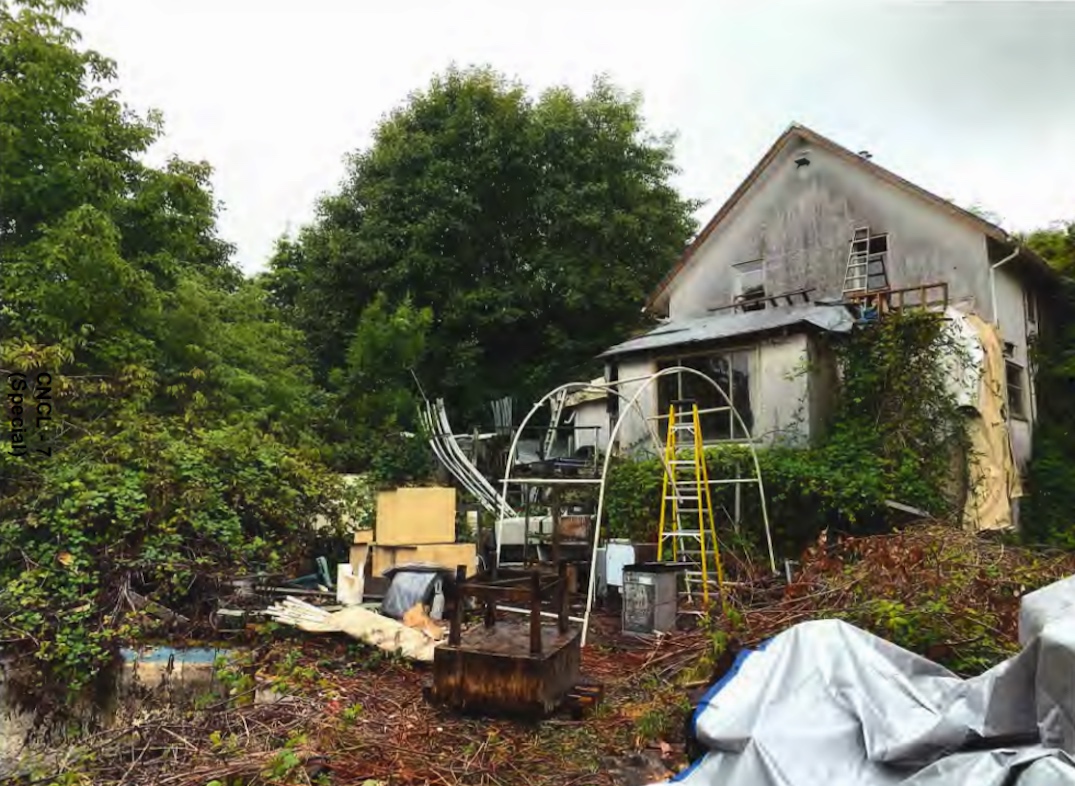 But inspections in August and again in October “confirmed that the site has not been cleaned up and remains in non-compliance.”

The owners appealed the municipal government’s order, with the owner claiming that “he has made significant progress on cleaning the site but that he will never be able to meet the City’s expectations and have the site cleaned up to the point that it complies with the Unsightly Bylaw.”

“In consideration of the conditions of the site and [the owner’s] claims that he won’t be able to meet the City’s expectations, it is recommended that the appeal is denied and the Order upheld.”

If city council approves the motion, the owner will be required to demolish all structures within 60 days of the order, which includes the time to obtain the necessary permits and contractors to perform the work. If the owners do not comply after 60 days, the municipal government will “undertake the work at their expense.” 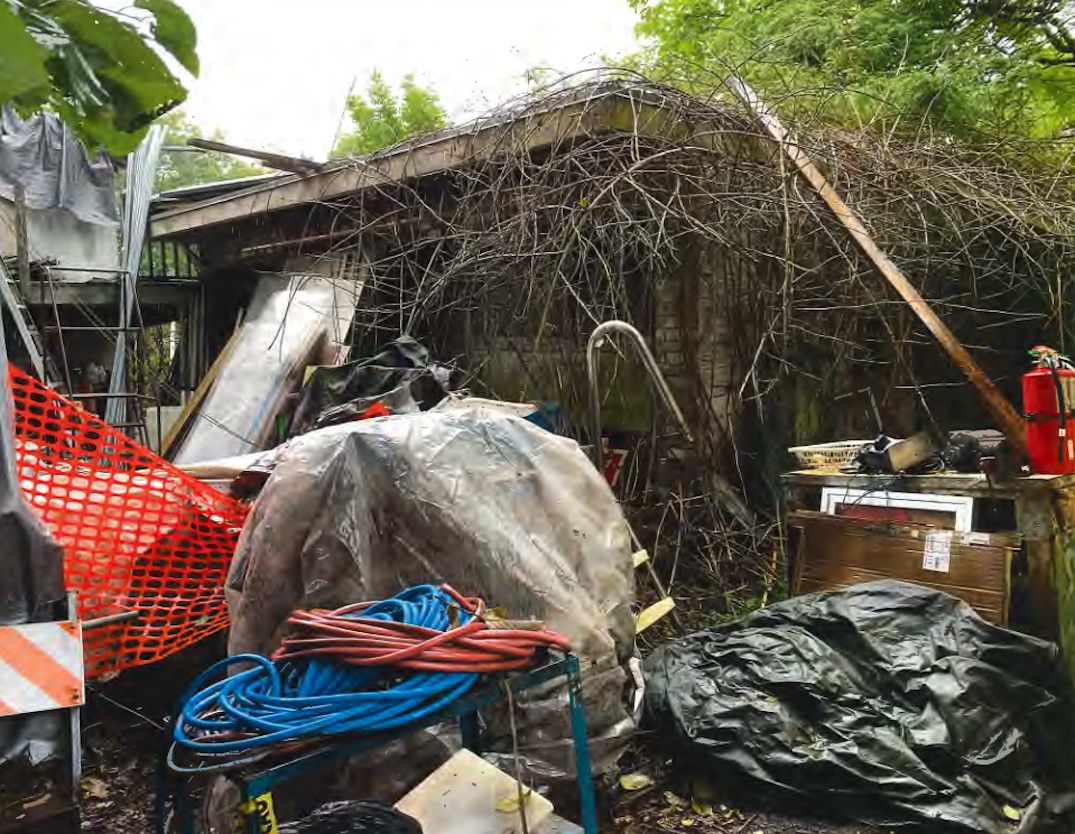