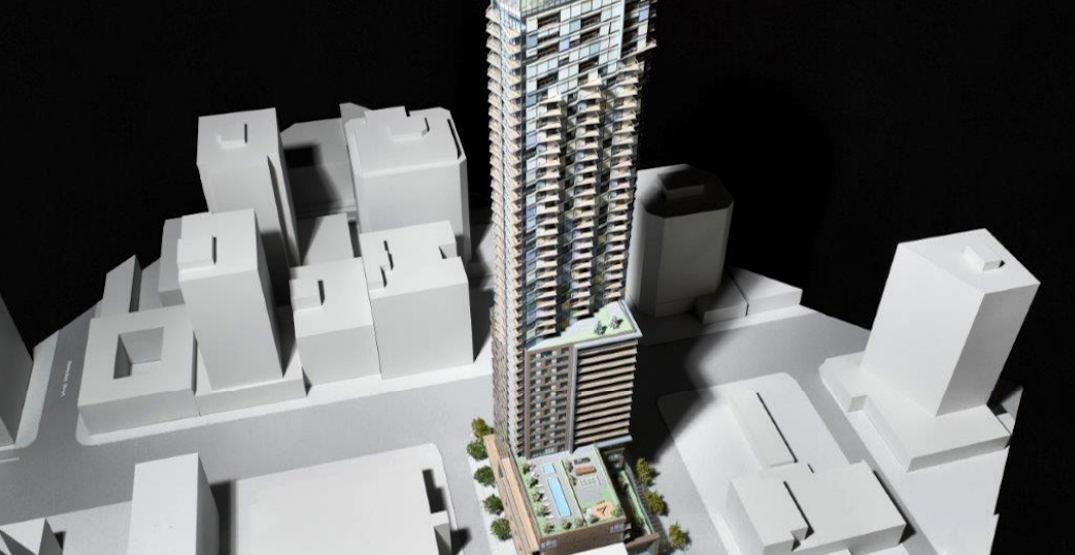 A 47-storey, mixed-use, flatiron-shaped tower will replace the longstanding community garden at the northwest corner of the prominent intersection of Burrard Street and Davie Street in downtown Vancouver.

The site was previously a Shell gas station up until the late 2000s, and then while development plans were being prepared, it saw an interim use as a community garden for more than a decade. 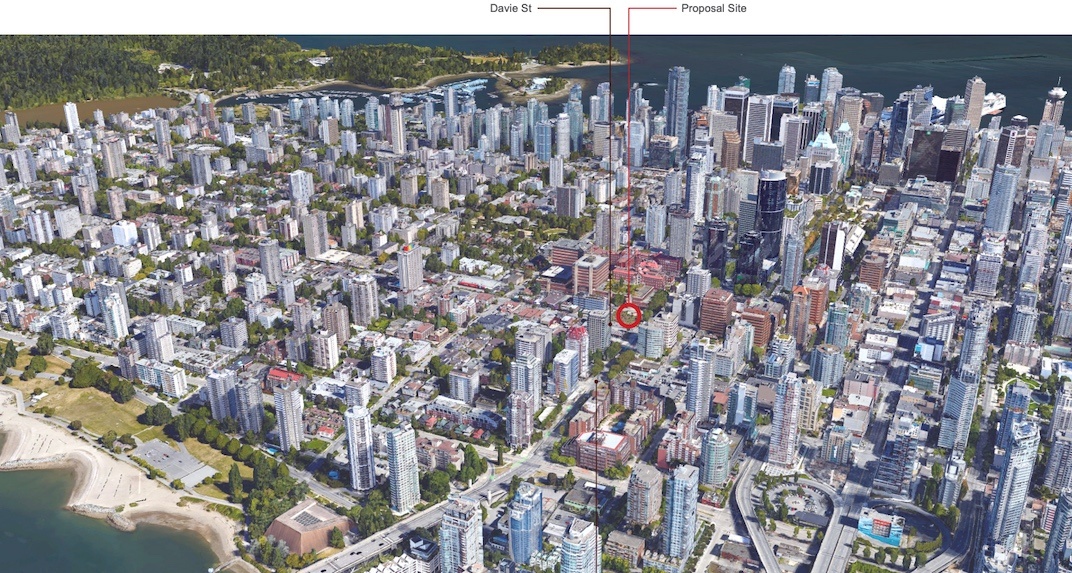 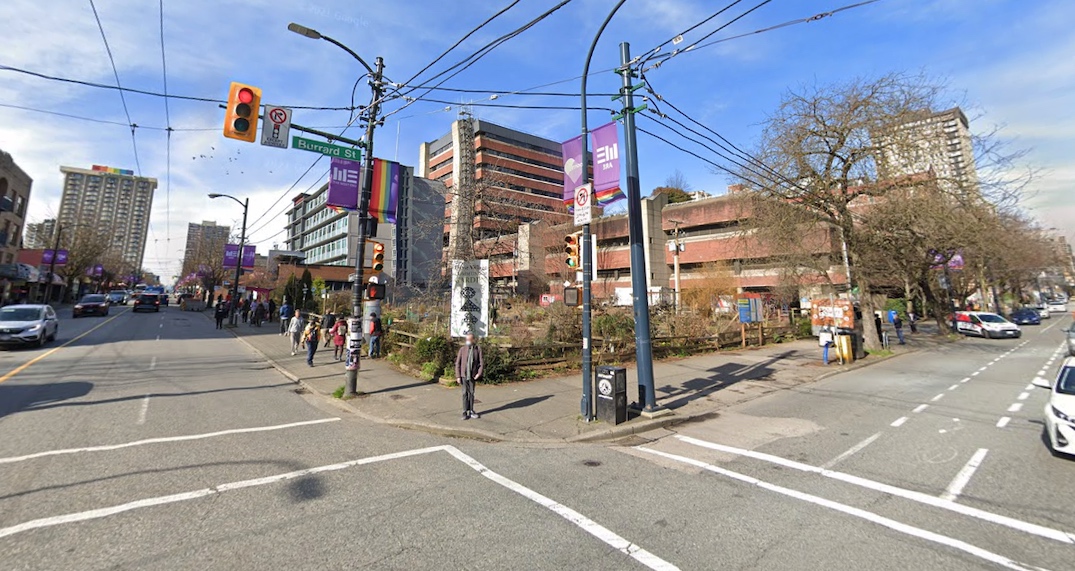 This new tower helps bookend Davie Village, both visually from its height and the various community uses provided.

An early concept included a hotel with 50 guest rooms within the tower’s residential floors within the seven-storey podium, but a decision was later made by the developer to use this space as 50 additional condominium homes instead.

Residents will have access to common amenity spaces on the seventh level, with a 7,000 sq ft indoor amenity space opening up to an outdoor amenity area on the podium rooftop, where there is a swimming pool and hot tub fed by rainwater. 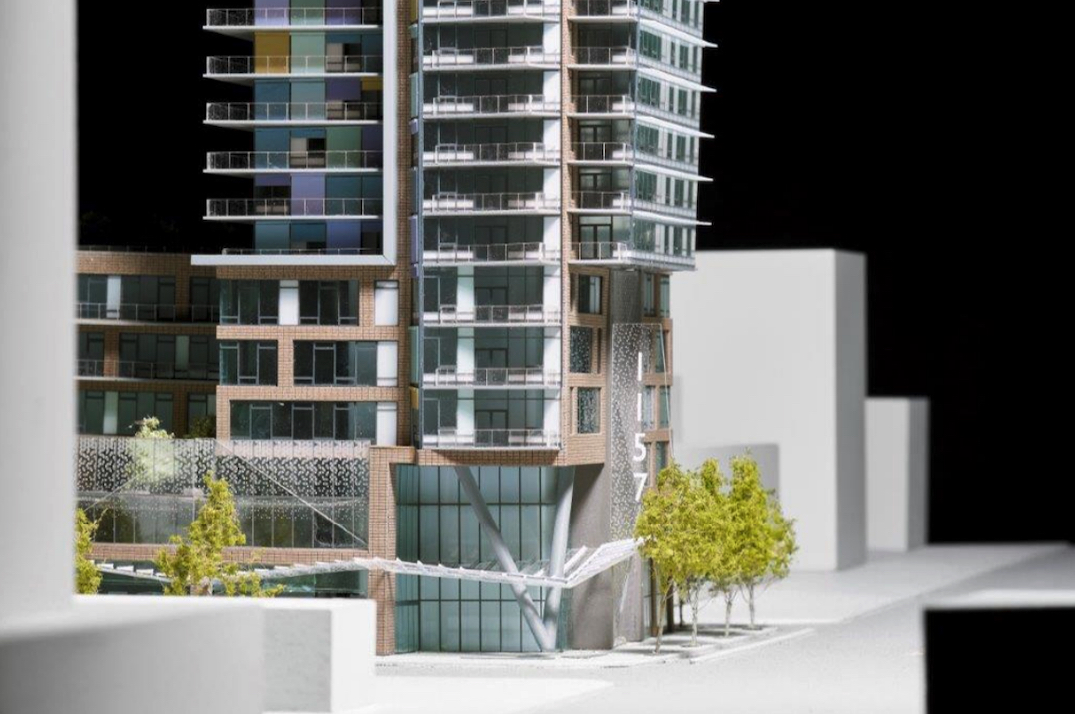 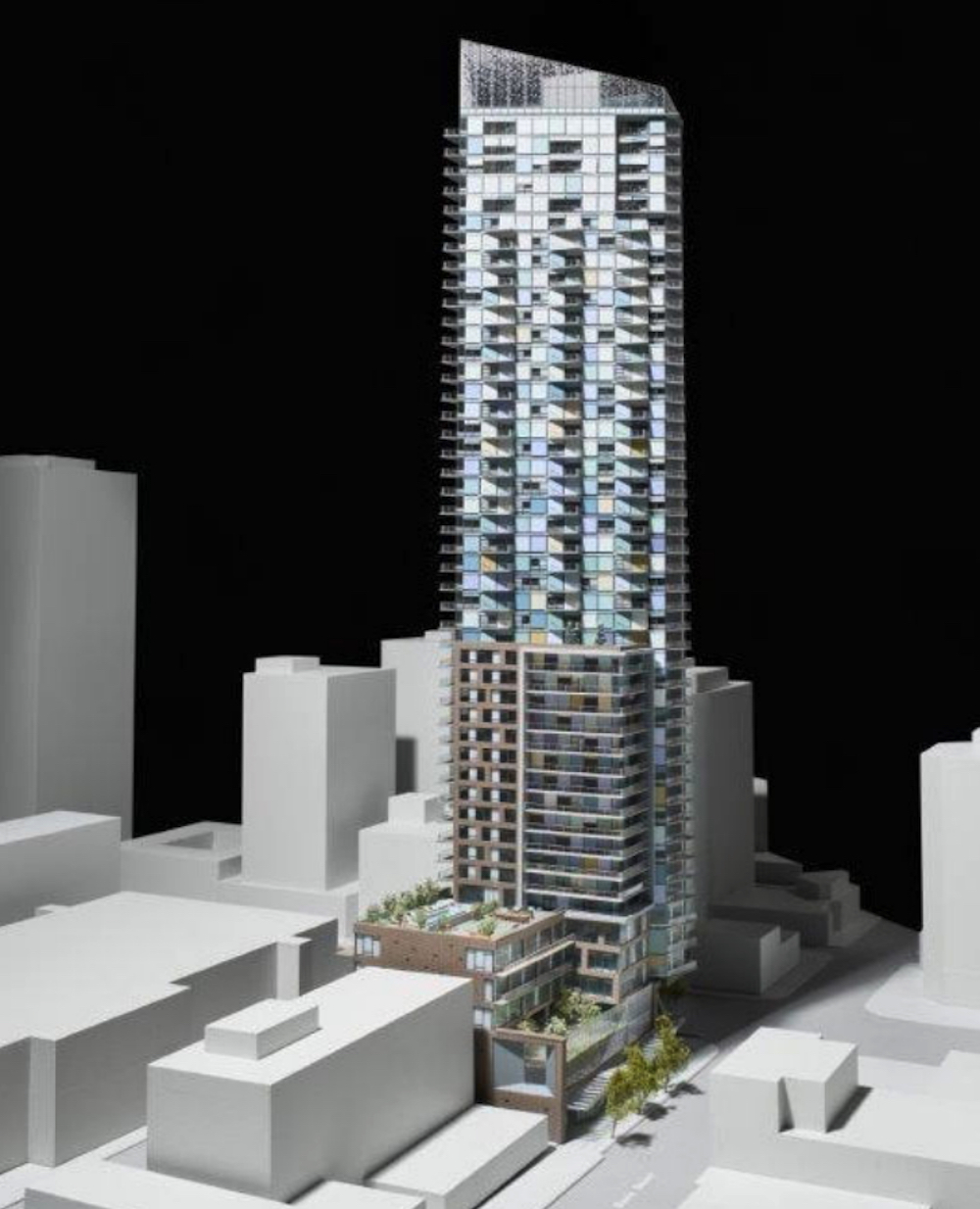 On the ground level, 12,500 sq ft of retail and restaurant space fronting Davie Street will help improve the vibrancy of the retail village.

As an in-kind value community amenity contribution (CAC), the podium’s third level will contain a childcare facility with 7,200 sq ft of indoor space, providing a capacity for up to 37 kids, as well as 5,500 sq ft of partially covered outdoor play space. The entirety of the second level and a portion of the fourth level are also dedicated as a CAC, with a total of 15,800 sq ft of office space set aside for non-profit arts organizations.

The developer’s total public benefits package to the City of Vancouver is worth $41.2 million, including $10.6 million in cash to the city towards the West End Community Plan’s public benefits strategy, and $22.27 million from the turnkey readiness of the arts/culture office space and city-owned childcare facility. Other requirements include $8 million in development cost levies, and a $572,000 public art contribution.

Swanson opposed the project on the basis that it will not provide any affordable housing, and could lead to the gentrification of the neighbourhood.

“This decision isn’t easy. Its arts and culture, and childcare are both good. But in the end, to me this is going to be a very gentrifying project. The condos at the top are going to be very pricey, it will gentrify the neighbourhood, and there’s nothing in it that’s affordable,” said Swanson.

“My fear is that we’re changing the whole nature of our city to serve people who have above average incomes in order to get amenities that, in this case, like childcare, is going to make the condo units more valuable, so they’re actually an asset for the developer. We have a building that’s mostly going to serve above average income renters.” 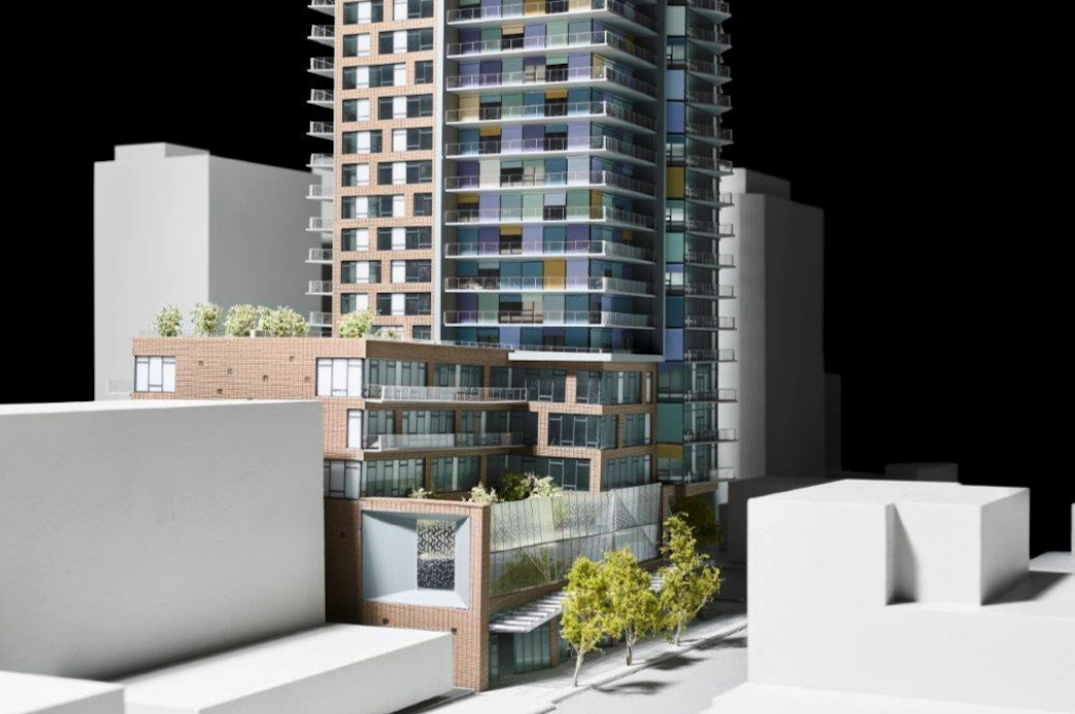 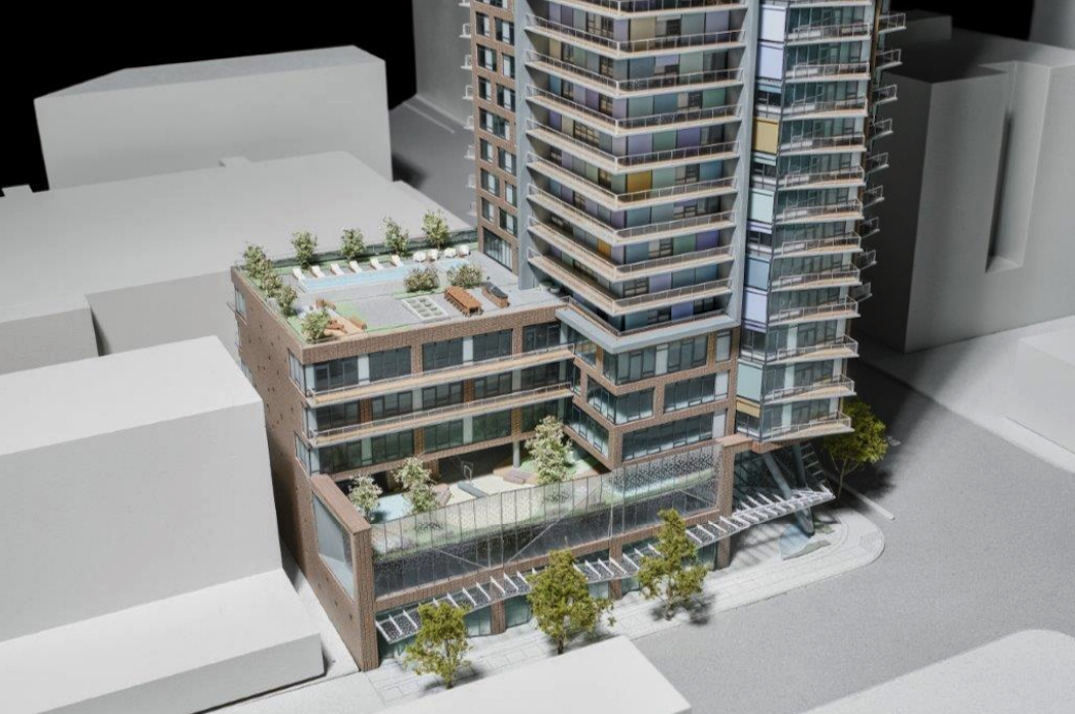 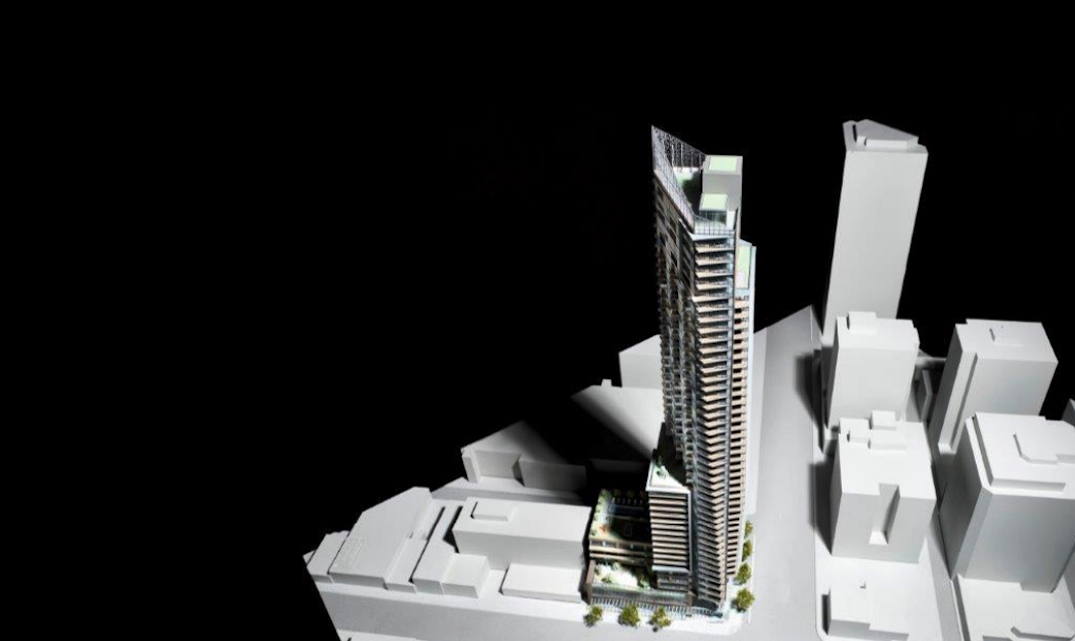 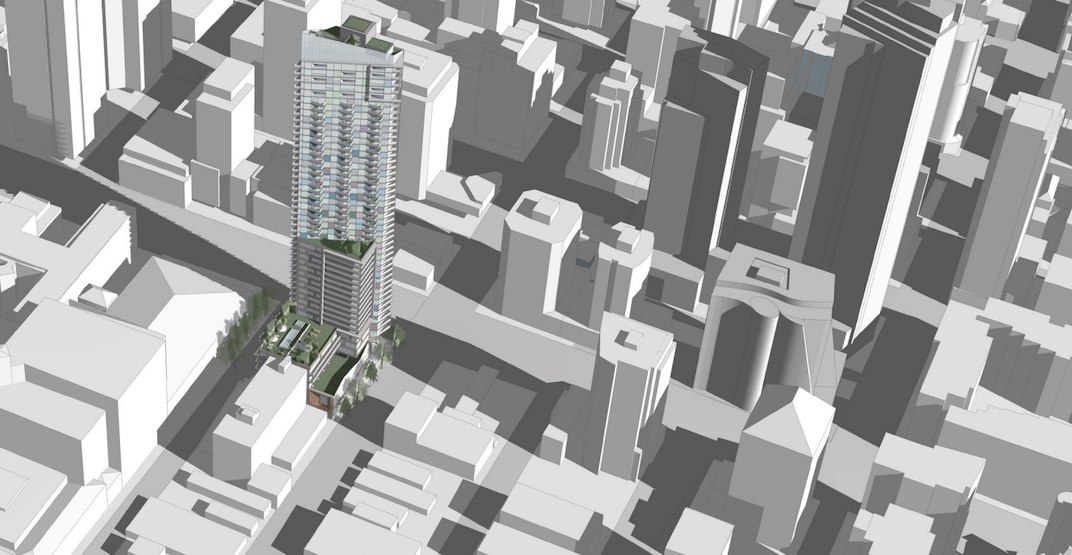 Hardwick had similar concerns relating to the ownership type of housing being provided and potential land inflation in the area as a result, along with construction impacts.

However, independent councillor Sarah Kirby-Yung suggested “this will bring some additional life and residents into the area.”

“Yes, it is strata housing, but we have some really strong projects with social housing and rental housing coming into the area as well.” This was specifically a reference to city council’s approval this past summer of the 17-storey tower for 1190 Burrard Street, which will have 154 units of social housing and a new 13,400 sq ft location for the QMUNITY LGBTQ community and social service centre.

Several councillors also brought up the potential need for a replacement community garden in the area. 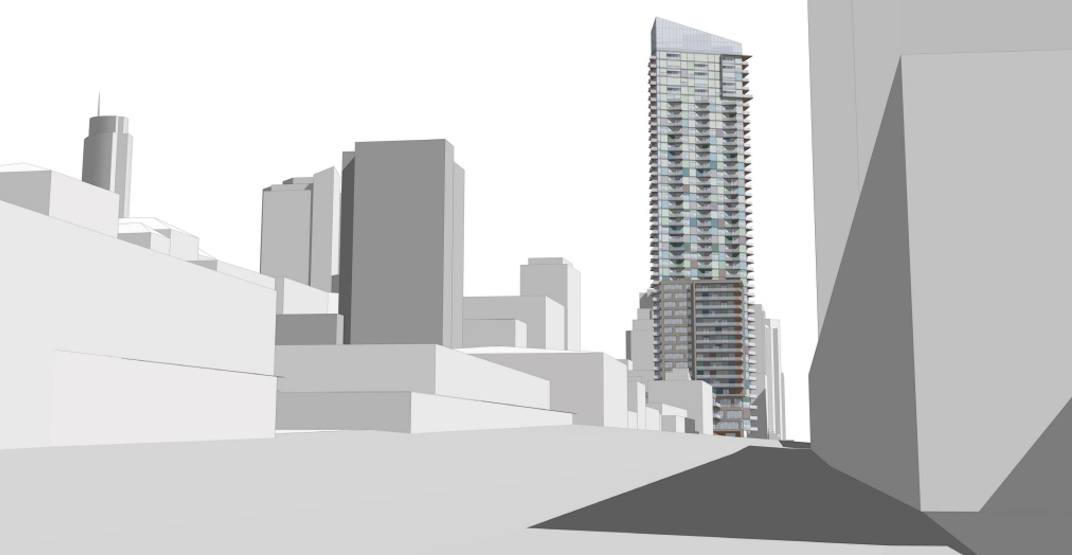 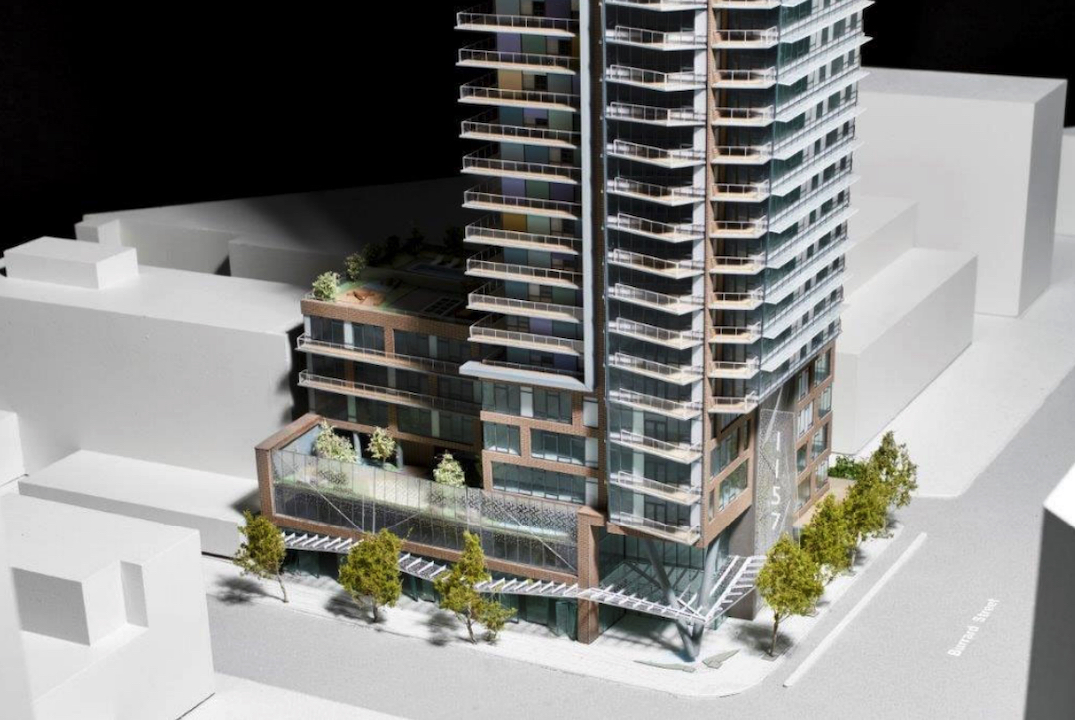 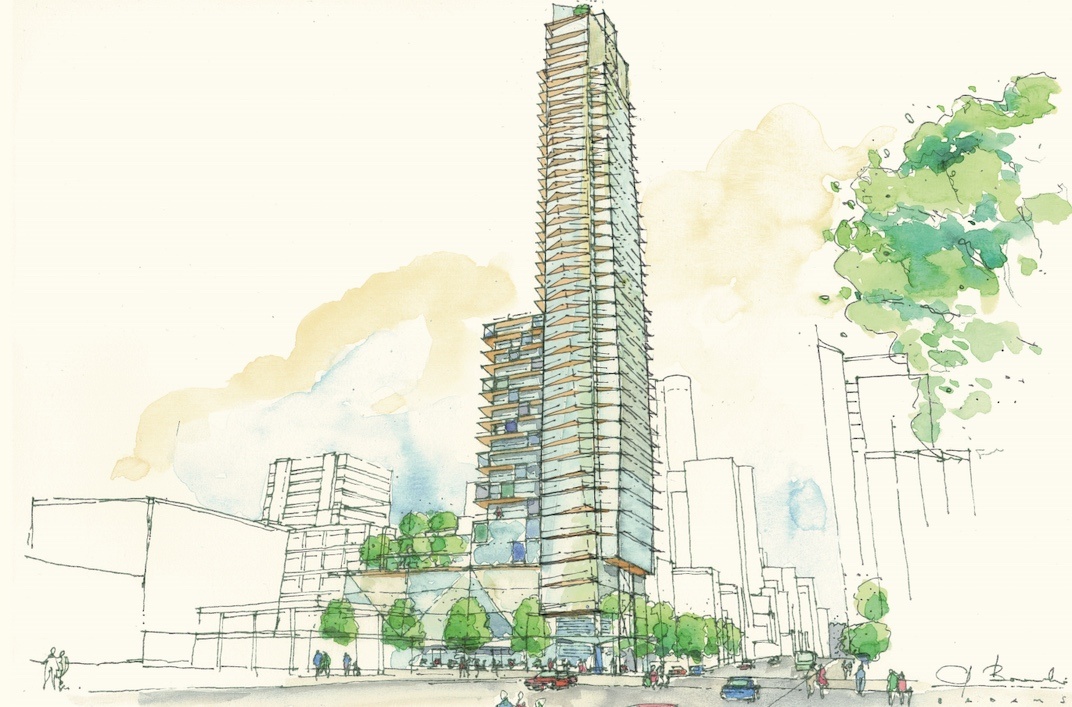 The tower’s flatiron shape is inspired by the “West Coast” environment and the nearby Electra tower — the former BC Hydro building.

According to the architect, an ever-moving system of sun shades on the tower’s western facade provides the tower with a unique exterior look; solar control blinds “respond dynamically to the movement of the sun and lower to form a pixilated evocation of the ground, sea, forest, mountain peaks and sky. As the sun sets they open again to reveal a glowing glass skin below.”

The tower’s height of 469 ft (143 m) is permitted under the city’s General Policy for Higher Buildings, which allows the building to extend into the View Cone 3 emanating from Queen Elizabeth Park, if the design meets a standard of architectural excellence. The property is also affected by View Cone 12 from the deck of the Granville Street Bridge, and View Cone B1 from the Charleson Park seawall in False Creek South.

Over the next 20 years, the area will also see immense change from the closure of St. Paul’s Hospital, which will relocate to a new hospital campus in the False Creek Flats in 2027. The existing 6.6-acre Burrard Street hospital site was acquired by Concord Pacific last year for its redevelopment potential.