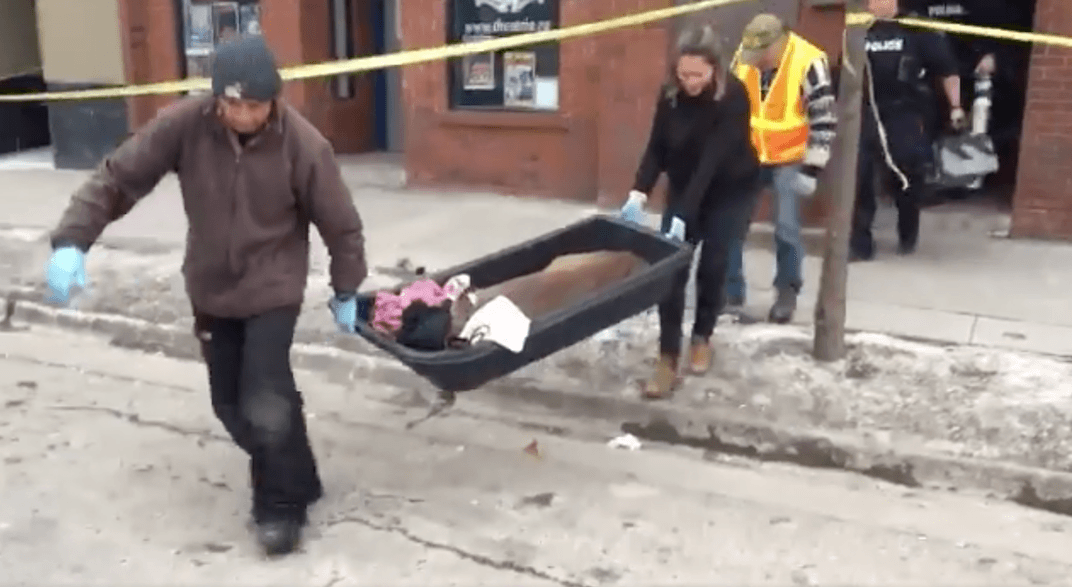 A young deer is making headlines after it smashed through the front window of a downtown Oshawa bar Sunday morning.

According to Durham Regional First Responders, the small deer ran across King Street before smashing into the front window of Atria Bar and Grill at around 11 am.

Local police responded to the location after receiving a phone call from employees of the bar after the deer went inside the establishment.

Police say the deer is believed to be approximately 75 pounds and possibly 1-year-old.

The deer sustained minor injuries in the incident and is believed to be fine, according to Natural Resources Canada.

Animal control officers waited for a veterinarian to tranquilize the deer before he could be removed from the establishment.

In a video shared on YouTube by Durham Regional First Responders, the deer looks a little banged up, but authorities say he will be released away from the city after he is treated for a minor cut.

Two other deer were spotted in downtown Oshawa over the weekend but they have not yet been located by officials.

Local NDP member of the legislature Jennifer French said in a Facebook post that her community office was also damaged by a deer on Sunday.