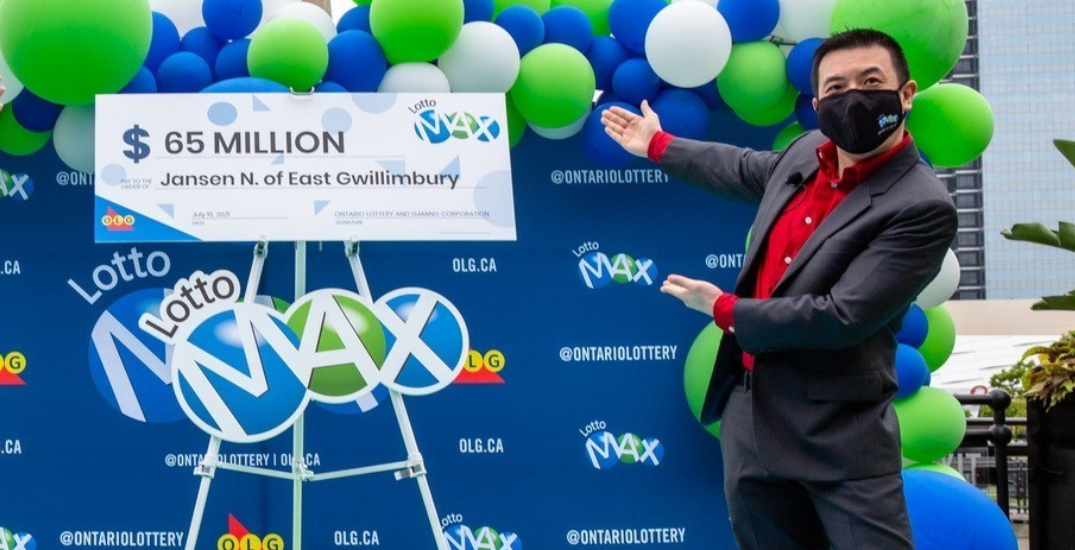 When Jansen Ng of East Gwillimbury found out he’d won the $65 million jackpot in the July 6 Lotto Max draw, his first thought was, “Thank God. This is a huge blessing!”

“I felt the responsibility of this win immediately. I wanted to be sure to use this money responsibly,” he said. “This is such a humbling experience.”

While picking up his winnings on Thursday, Ng, 41, revealed that a traumatic brain injury had led to his retirement from the military and nearly left him homeless.

Ng was out playing Pokémon Go last week when he decided to pick up a lottery ticket at Marina’s Express Mart, a local gas station.

He heard that the jackpot had been won in York Region, but it “didn’t really click” that it could be him.

When he checked his ticket on his lottery app a few days later, “‘Big Winner” flashed across the screen. He didn’t believe it and kept checking the ticket on different mobile devices.

It wasn’t until he had a retailer check his ticket and heard the telltale “Winner/Gagnant” chime that he “truly got excited.”

Ng plans to use his windfall to buy a new electric car to replace his current hybrid model. His newfound wealth won’t change him, he insists.

“I’m still going to be the guy who donates blood every two months and cuts his own hair,” Ng said, noting he’s been doing it for the last 10 years and does “a pretty good job.”

Moreover, though, Ng will use his newfound fortune to help others and “make the world a better place.”

He’ll continue to support the charities he’s already involved with and perhaps set up a not-for-profit of his own. He’ll also help other veterans who have suffered non-visible injuries.

By using his winnings “strategically and intentionally,” he said he’ll be able to impact the community “far beyond just a simple donation.”

Ng, who describes himself as a spiritual person, has some wise words for anyone dismayed by the 1 in 33,294,800 odds of winning the jackpot.

“People buy lottery tickets because of hope. Hope has been diminished a bit for some because of the pandemic, but I want to encourage everyone to hang in there,” he said.

“I’ve gone through a lot of hardship, but hope helped me to get up every time I’ve fallen. Look forward to tomorrow. Who knows, you might win the lottery as well.”