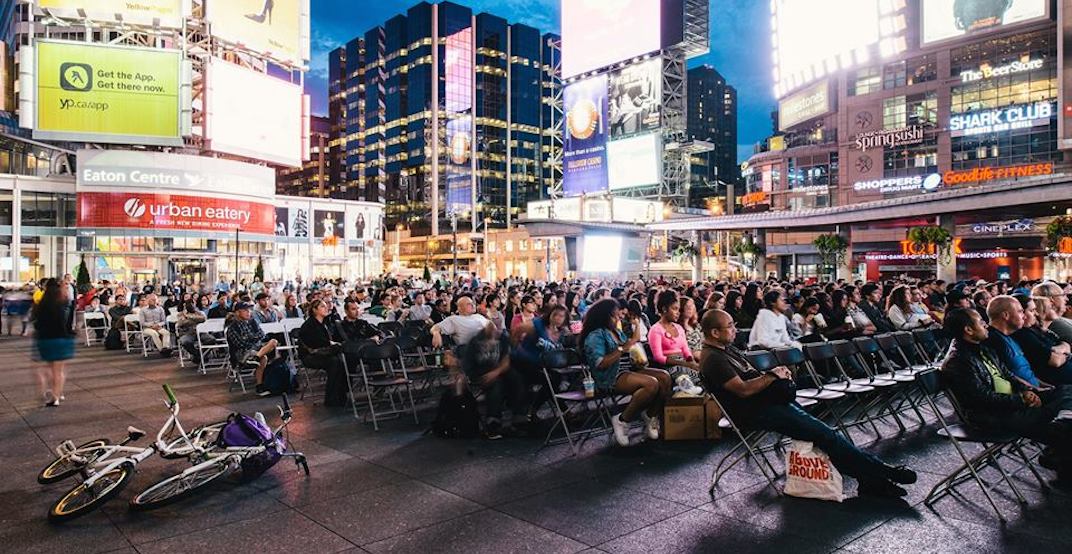 This summer, you can enjoy free weekly movies in the heart of downtown Toronto at Yonge-Dundas Square.

From June 25 to August 27, Yonge-Dundas Square will once again bring an outdoor film series, City Cinema, but this time, with a hilarious live twist.

The Second City will bring the Square to life with hot improv sets all summer long to warm up the audience before each screening! The cast includes Alan Shane Lewis, Natalie Metcalfe, Christian Smith, Matt Folliott, Clare McConnell, and Jillian Welsh.