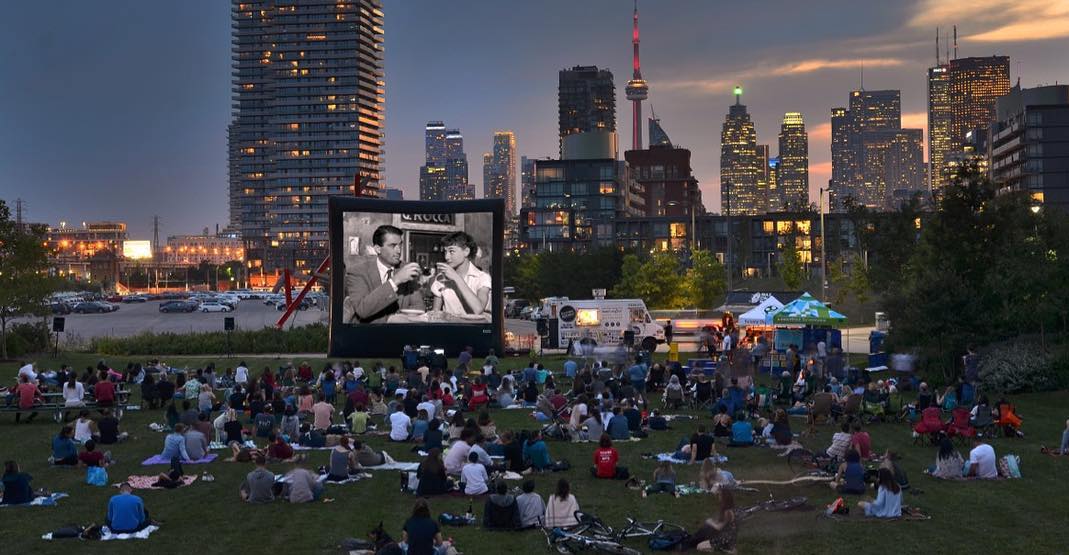 Not much can compare to being nestled on a blanket on the grass with some popcorn, stars glimmering above you and a movie playing on a giant screen in front of you.

With the warm weather kicking in, the time for outdoor movies is just around the corner. This summer, the Toronto Outdoor Picture Show (TOPS) is inviting movie aficionados for another year of outdoor films at Corktown Common Park on a brand-new 12 m screen. The park is one of four locations where TOPS is screening outdoor films all summer long.

This year’s screening programme is Dynamic Duos, so bring along your special someone to watch feature-length and short films about classic cinematic pairs, exploring themes like friendship, couples, rivalry and doppelgängers.

The Corktown Common series will be held on Thursdays in July, and will debut on July 4 with the iconic movie duo in Steven Spielberg’s E.T. the Extra-Terrestrial, a film about a young boy and his gentle alien friend. The last screening will be on July 25 with Billy Wilder’s Some Like It Hot, about a pair of male musicians who witness a murder and flee the state disguised as women in an all-female band.

Thursday, July 11: Feature: Hunt for the Wilderpeople, Short: The Guest

Thursday, July 25: Feature: Some Like It Hot, Short: Switch

Screenings will begin at sundown, or approximately 9 p.m., and there will also a rain date scheduled on Thursday, August 1, just in case.

There will be food, drinks and merchandise available for sale, and while admission to each event is free, there is a recommended donation of $10.

Time: Food service begins at 7 pm and screenings begin at sundown (about 9 pm)