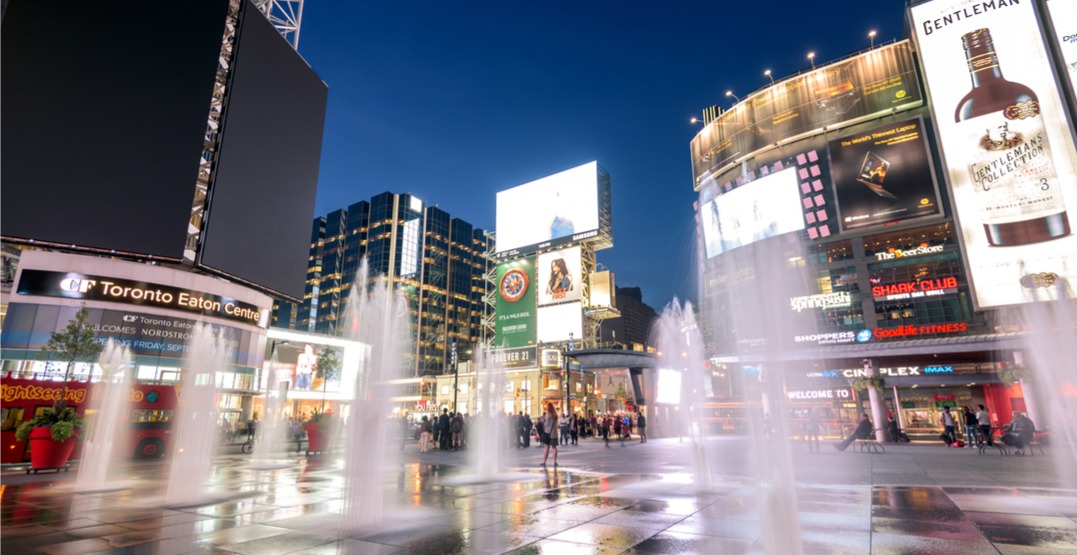 To ensure everyone feels welcome in Toronto this holiday season, whether they live here or are just visiting, Mayor John Tory has launched a new coordinated cleanup effort throughout the Yonge and Dundas neighbourhood.

Starting immediately, there will be a significant increase in street and laneway cleaning in this area, in addition to more outreach to vulnerable populations in the area to help them get help, and increased Toronto Police foot patrols focused on community safety.

“We live in an extremely safe city and an extremely clean city but that doesn’t mean there aren’t sometimes problems,” said Mayor Tory.

“And when those problems pop up, I believe it is my job as Mayor, working with the team from City Hall and anyone else whose help we need, to work as quickly as we can to fix them.”

The idea for the cleanup blitz came after the Mayor’s recent meeting in the neighbourhood with the Downtown Yonge BIA, Ryerson University and other local stakeholders who expressed concerns about increased litter and other issues.

“As Mayor, I want a clean city that we all can be proud of. Whether you live in this downtown area or are just visiting from another part of the city or out of town, I want everyone to have a good experience in downtown Toronto,” said Mayor Tory.

The blitz will run for a month, after which the project will be assessed to determine next steps and City staff have assured the Mayor that this work will be done with existing resources and have no additional budget impact.