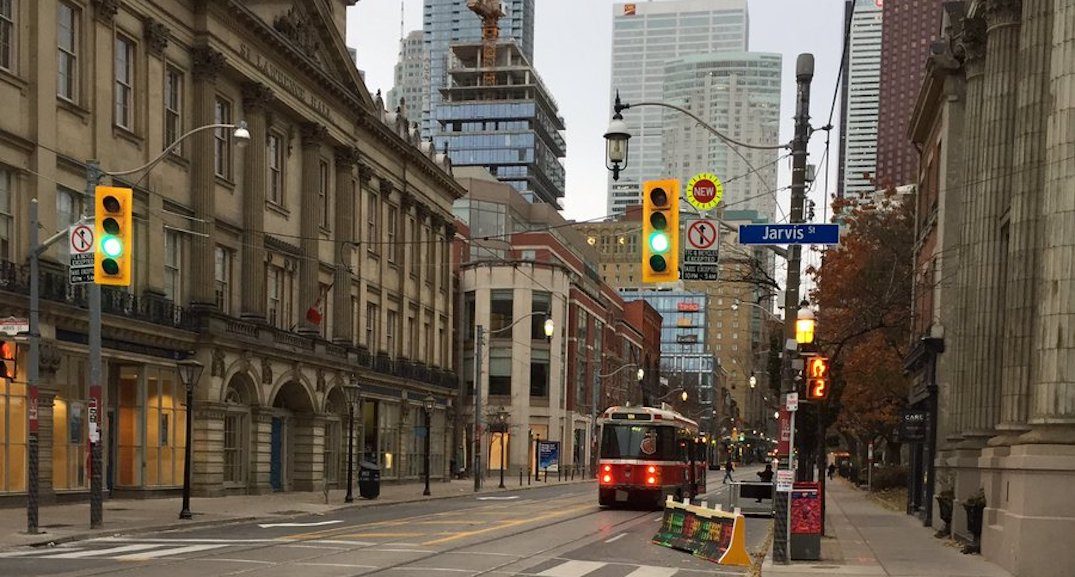 According to Spatial Analysis of Urban Systems at the University of Toronto, travel time along King Street between Bathurst and Jarvis has decreased for transit users since the pilot began.

The researchers at U of T accumulated 27 days of pre-pilot data, as well as 16 days post pilot. Over the course of the study, researchers said that mean travel appears to be falling, especially during peak times of King Street travel. 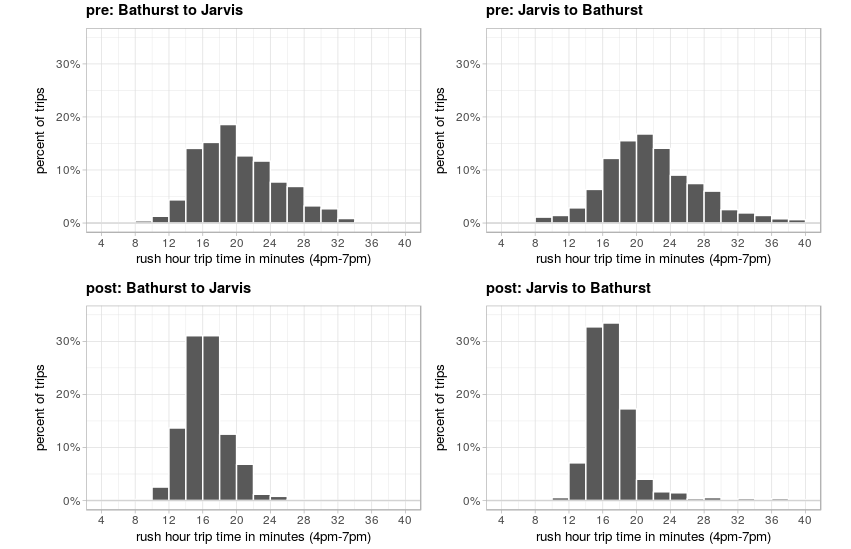 The data also points out that prior to the pilot, 19% of trips during that evening peak were taking longer than 25 minutes to cover the 2.5-kilometre stretch, compared to just 1.3% after.

The City of Toronto and the TTC are also collecting data during the duration of the pilot. The one-year project, which began last month, is intended to change the way cars travel on King Street, the busiest surface transit route in the city, with some 65,000 transit users commuting daily.