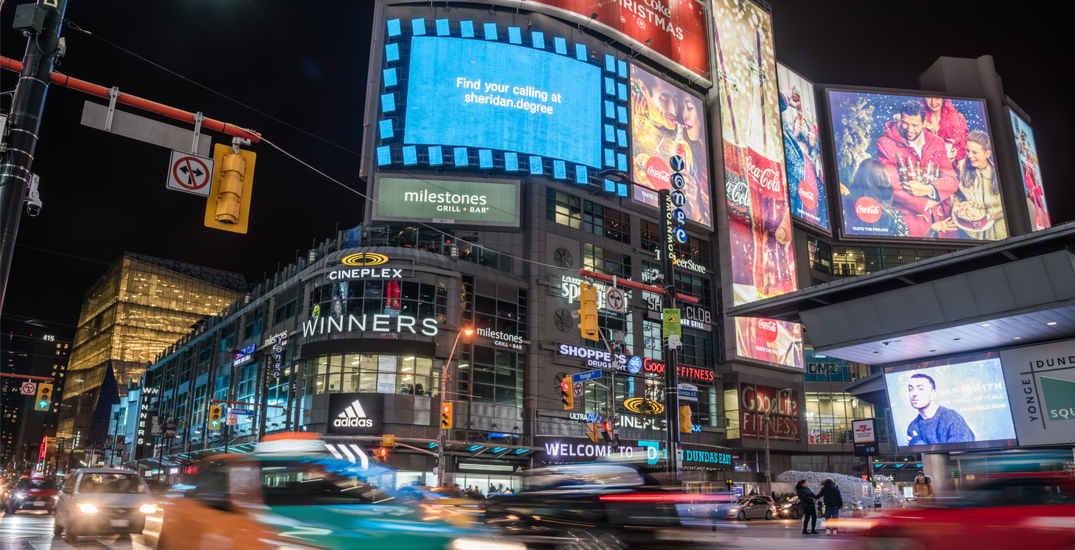 Toronto Public Health has flagged another screening at Yonge-Dundas Cineplex Cinemas for a COVID-19 exposure.

The exposure took place on November 30 between 9 pm and midnight in the VIP section of cinema three, according to Toronto Public Health.

Anyone in attendance of that screening is asked to self-monitor for symptoms of COVID-19 for 10 days after the exposure date. Anyone who develops symptoms should get tested and isolate immediately.

This is the second exposure documented at the theatre since Toronto Public Health began making the notices public on December 2.

On December 3, cinema four’s VIP section at the Yonge-Dundas Cineplex was flagged for an exposure dating back to November 28 from 3:25 to 6:45 pm.

In addition to the new theatre exposure, a branch of the Royal Canadian Legion has been added to the list. Branch 266, located at 3591 Dundas Street West, is asking anyone who attended the branch on December 2 or 3 between 12 pm and 11:30 pm to self-monitor for symptoms for 10 days past the exposure date. If symptoms develop, get tested and isolate immediately.