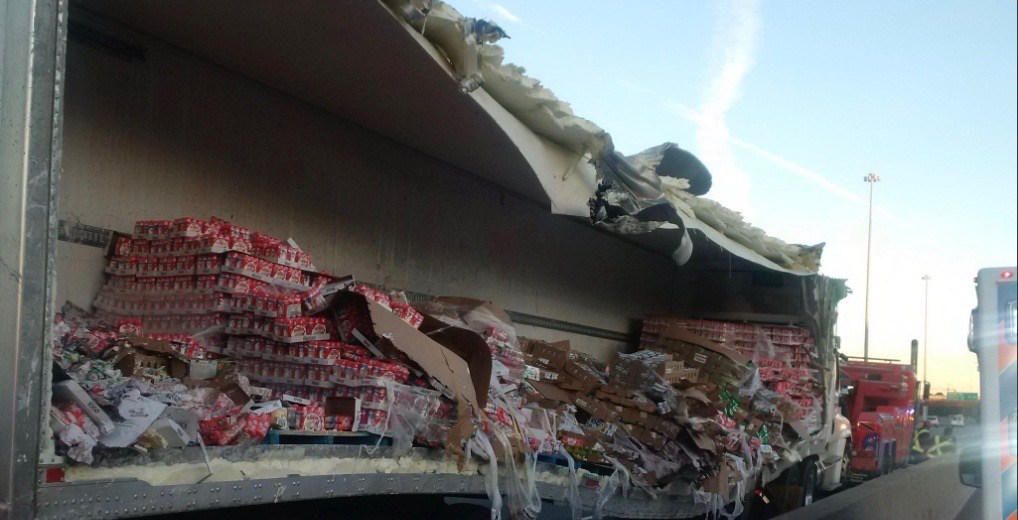 According to Sgt. Kerry Schmidt of the OPP, in the early hours of June 22, a transport truck carrying a full load of yogurt collided with a roadside electronic sign causing the truck to be ripped open and yogurt to be spilled across multiple lanes of the 401.

While Sgt. Schmidt originally reported the accident taking place at Morningside Avenue in Mississauga, OPP GTA Traffic have confirmed that it was in fact in Toronto’s east-end, at Meadowvale:

In total, 5 lanes were blocked off due to the spill. As of 9 am, westbound lanes are still closed while crews work to remove debris from the highway.