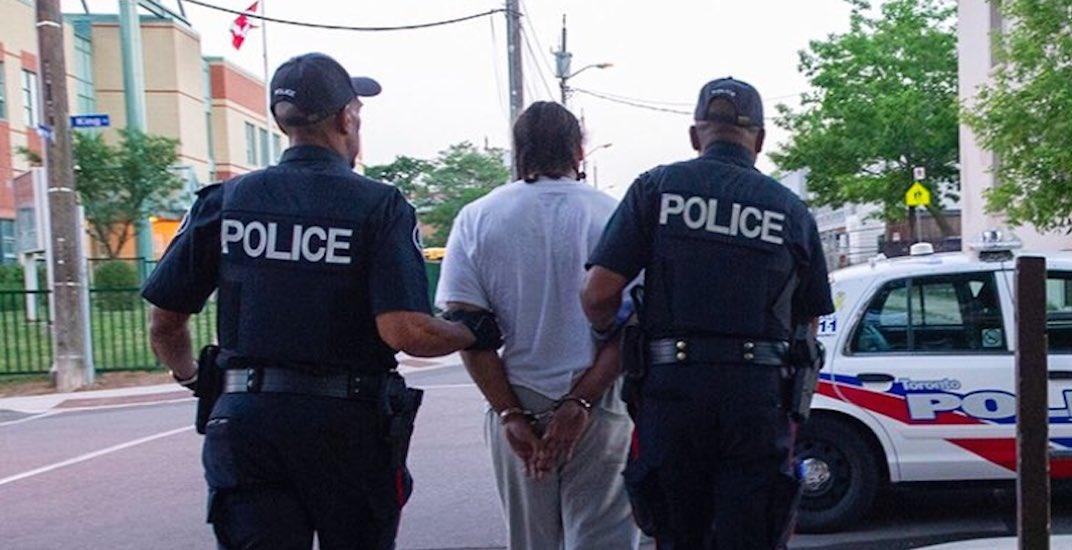 On Thursday, June 21, Toronto police along with more than 800 officers from surrounding police agencies executed over 50 search warrants in Toronto, Durham, York, and Peel.

The raid was part of an extensive nine-month police investigation called Project Patton, which targetted individuals affiliated to a number of street gangs.

Following the raid, police were able to make 70 arrests and seize a significant number of firearms and a large number of narcotics.

Great work by @torontopolice and other GTA services arresting 70 people and seizing guns & drugs as part of #ProjectPatton pic.twitter.com/E7aJYFmBYx

According to police, the raids took place early Thursday morning throughout the Greater Toronto Area (GTA).

“This investigation was based on intelligence that led investigators to suspect that the Five Point Generals were operating as a criminal organization and that they were involved in illegal activities that posed a direct threat to community safety,” he said.

“We allege that the Five Point Generals are a dangerous street gang that, while having roots in the area surrounding Weston Rd. and Lawrence Ave. W., its criminal activities extended throughout Toronto and the Greater Toronto Area and into other parts of the country, the United States and even as far away as the Caribbean.”

Chief Saunders told reporters that investigators are confident “the project has effectively disrupted and dealt a significant blow to the gang’s hierarchy and operations.”