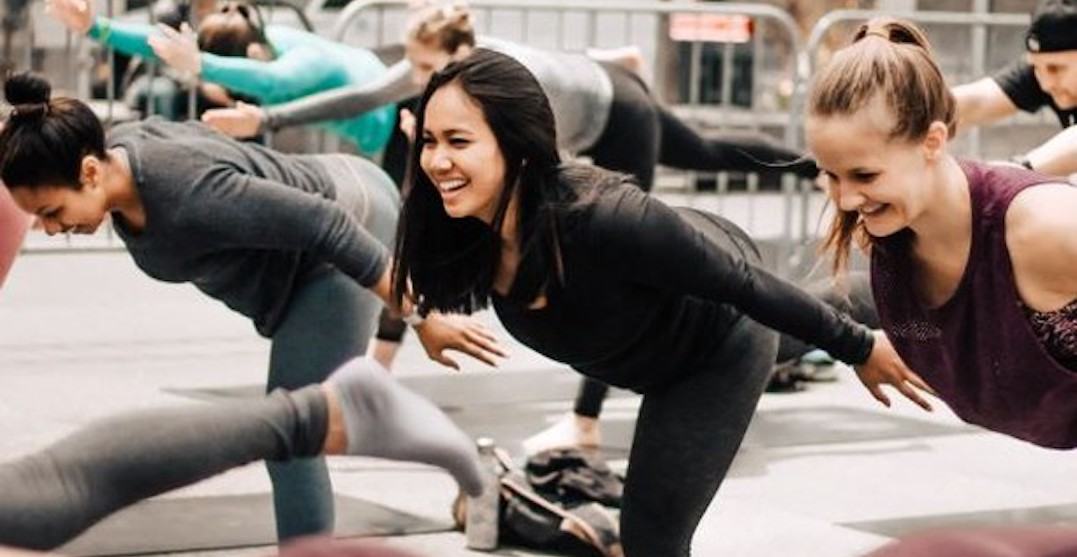 It’s almost time to get your stretch on.

Because Yoga in the Square is officially returning to Yonge-Dundas square in June.

The popular downtown Toronto hub is teaming up with lululemon for the second year in a row to bring the city free, weekly community yoga sessions.

Starting June 10, classes will be offered in the square on Mondays from 12 pm to 1 pm.

Save for July 1, you can count on Yonge-Dundas transforming into a haven for relaxation and rejuvenation every week until September 2.

Torontonians of all ages, sizes, and experience levels are invited to strengthen their bodies and minds in the heart of the concrete jungle.

According to Yonge-Dundas Square, over the course of twelve weeks, an empowering slate of instructors will lead yoga sessions that encourage newcomers to lean – or lunge – into a fresh routine, while also reinvigorating seasoned yoga fans on the core principles.

Instructors are all Toronto-based, with hundreds of hours of training as leaders in health and wellness, bringing with them a diverse range of styles in yoga from across the globe.

Where: Yonge-Dundas Square
When: Mondays between June 10 and September 2 (except July 1)
Time: 12 pm to 1 pm