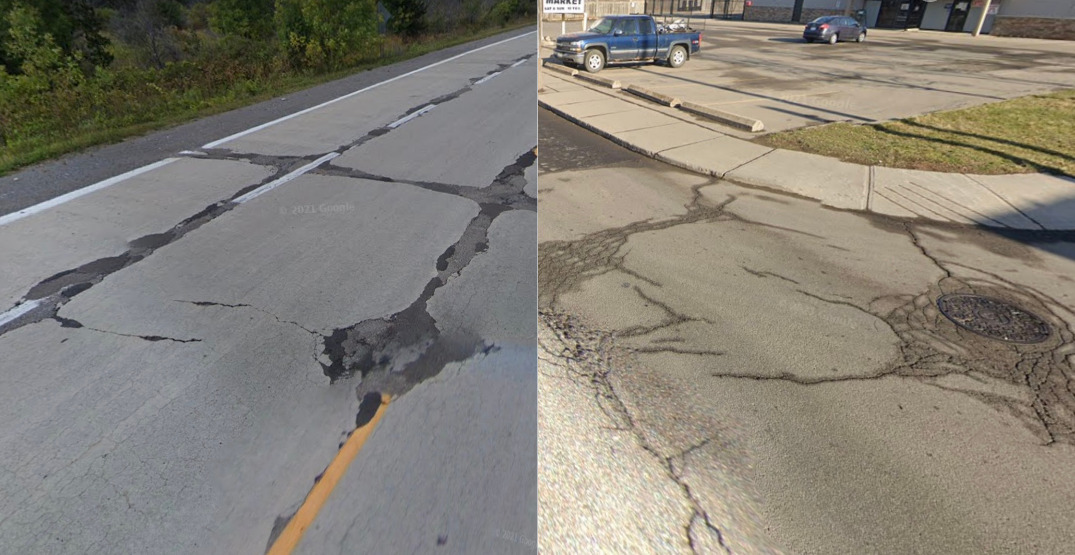 CAA has released their latest report on the worst roads in Ontario, something they’ve been doing since all the way back in 2003.

“Poor roads affect us all,” notes CAA on their website.

Poor roads can make you late, cause delays to deliveries, exacerbate congestion and can also obviously endanger drivers.

Poor roads can mean potholes, poor signage or other concerns. CAA puts out the annual listing to put a spotlight on the roads that need extra work. 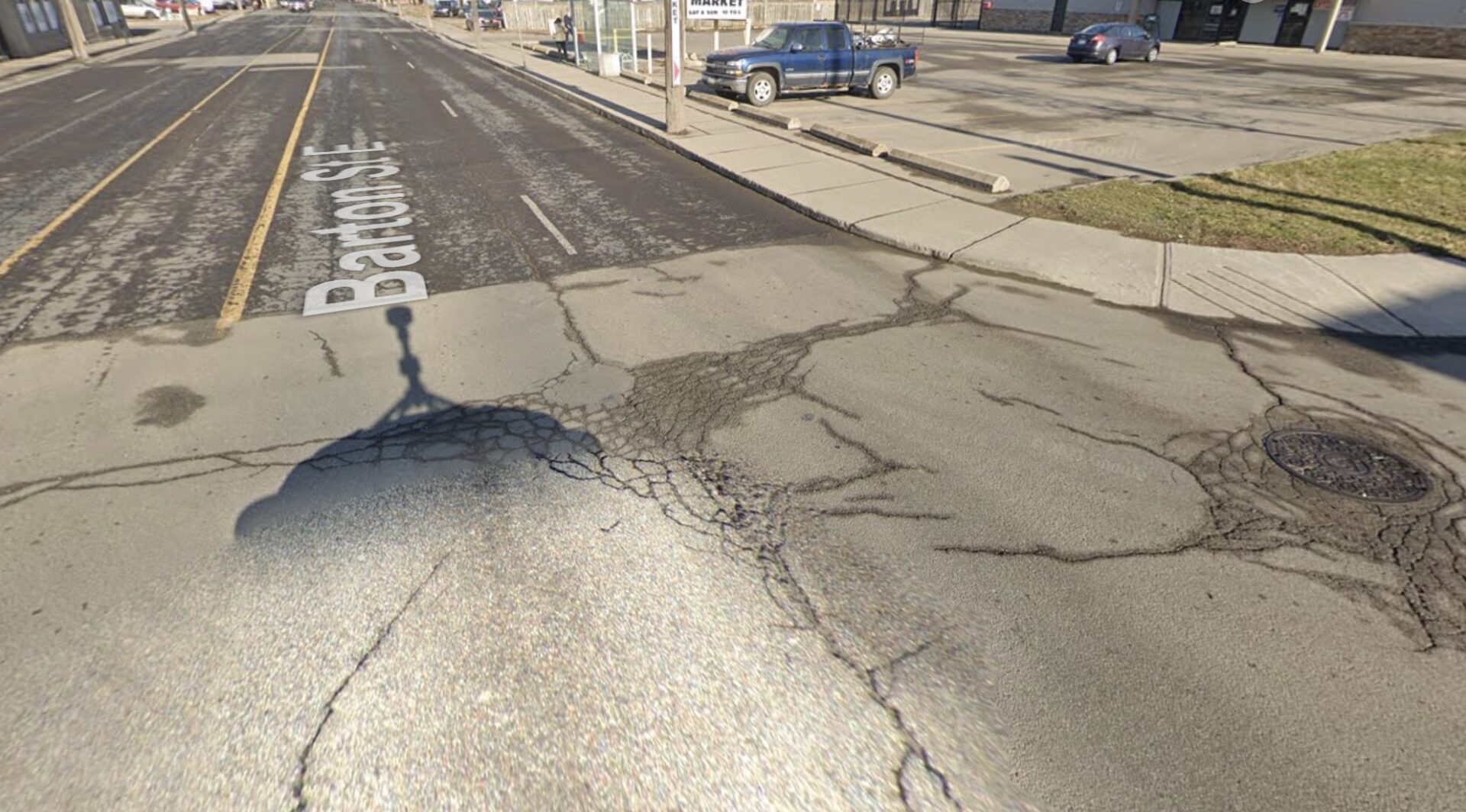 Google Maps Street View only tells part of the story about Barton Street East as of 2019, we can only imagine how much worse it has gotten since then.

In any case, the condition of the road is bad enough for it to be named the worst street in all of Ontario.

Google Maps Street View data is a bit more recent for Eglinton West, and a quick tour via Google suggests that there has been a ton of road work, but clearly not enough to escape being named the second worst road in Ontario.

Barker Street in Prince Edward is in really rough shape. It doesn’t help that the road gets excessively narrow in certain residential areas where cars are parked. 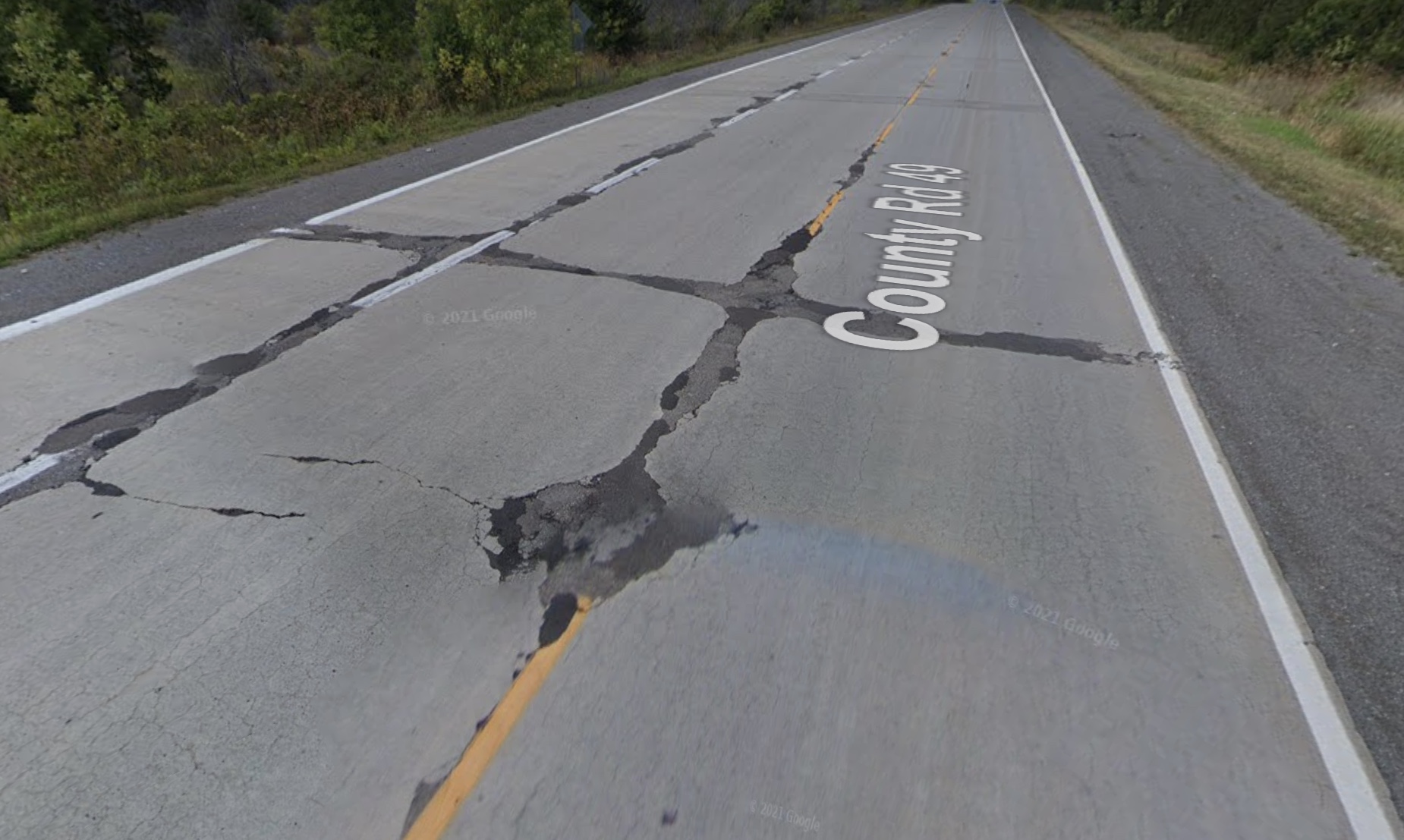 That’s right. Prince Edward gets two entries in the 10 worst roads in Ontario.

County Road 49 is a long road in a rural part of Prince Edward. You can see cracks every metre or so using Google Street View. 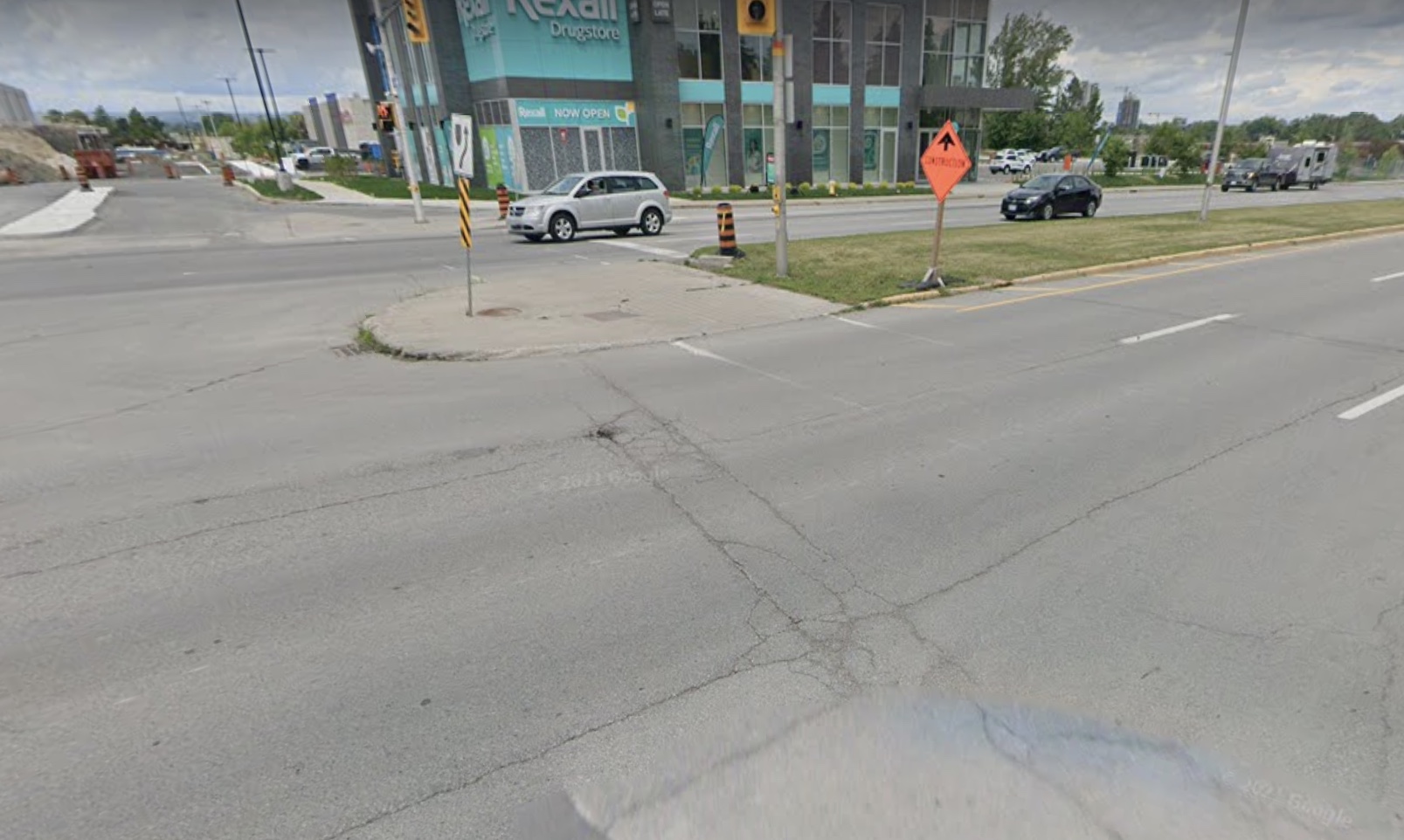 Carling Avenue is a bit of a mixed bag. Long stretches of this road seem perfectly fine as of mid-2021, but other areas seem to be in much worse shape.

While not to be outdone by Eglinton Avenue West, the East side of the same road has its share of issues.

Many portions of Eglinton Avenue West have gone through various phases of road work but clearly not enough to keep it off of this list. 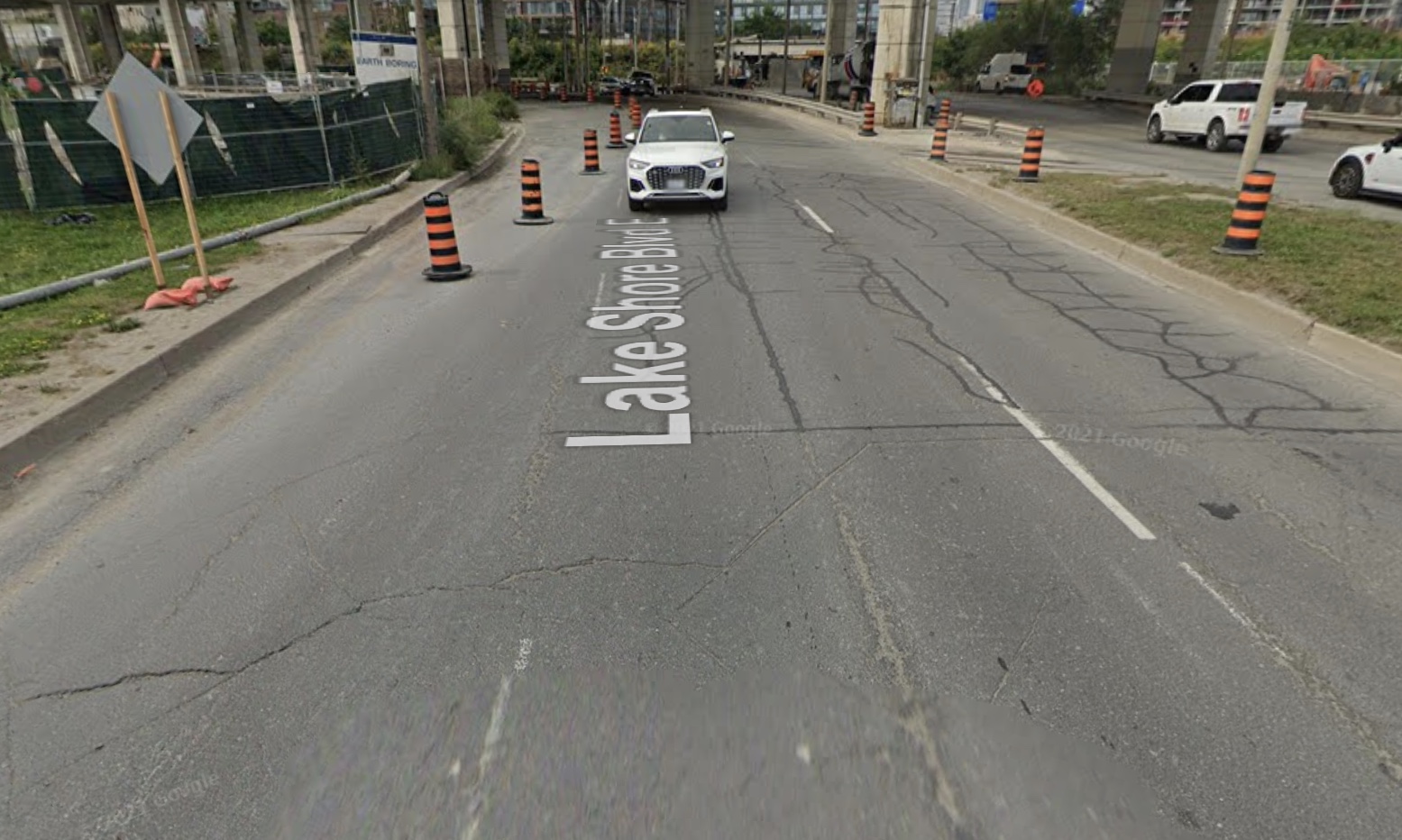 Like many of the roads on this list, there are portions of Lake Shore Boulevard East that seem decent, but other areas seem like they could cause major issues to drivers.

Many portions of the road are also used heavily by trucks which isn’t helping.

Finch Avenue West is another road that has seen its fair share of road work based on snapshots on Google Street View alone, but it stretches so far that more resources need to be put in to maintaining the entirety of the roadway. 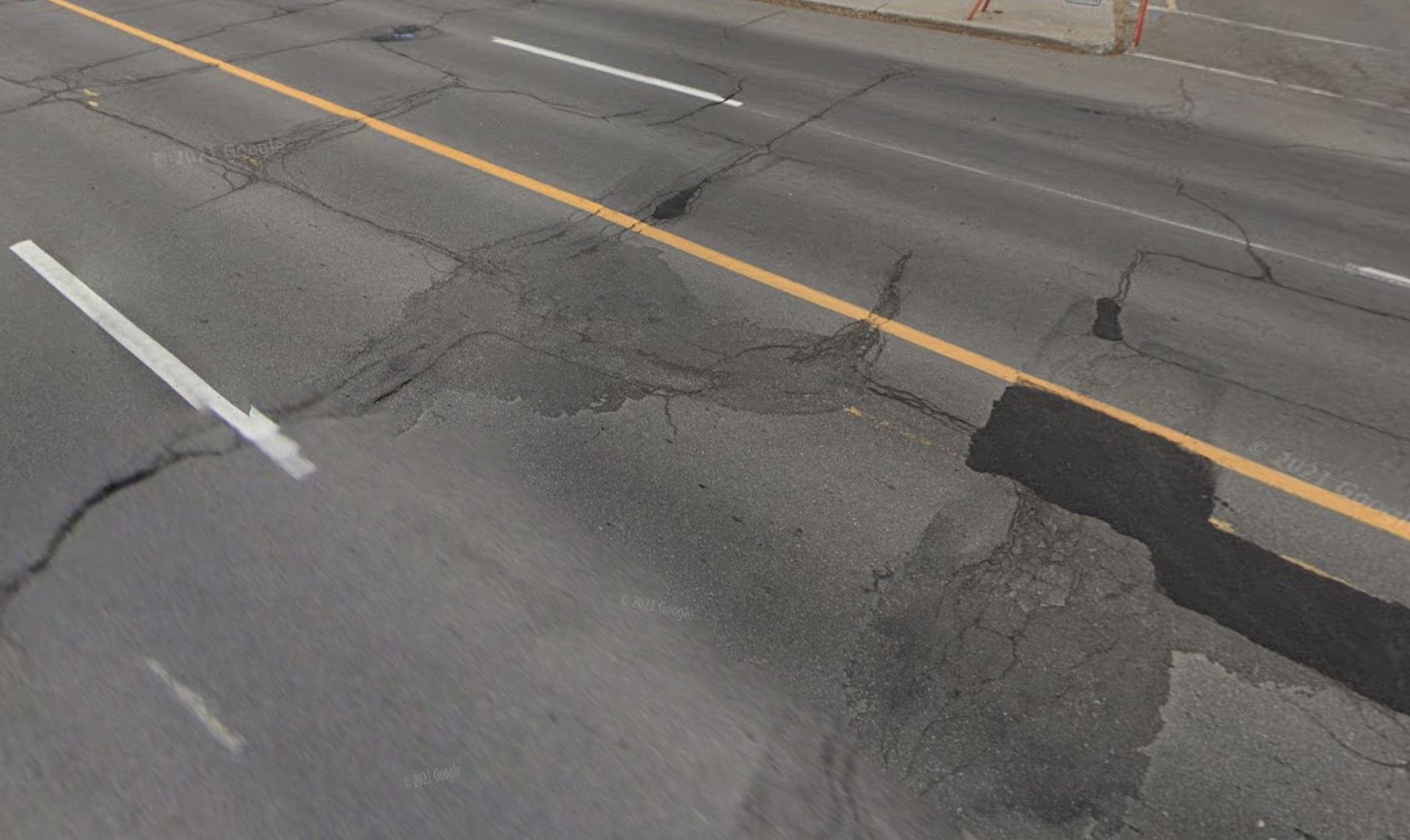 Bronson Avenue seems to be in visibly rougher shape than some of the other entries on the list presented by CAA.

There are some very thick cracks and areas that look like a nightmare for drivers.

Rounding out the list is Queen Street in Kingston.

Portions of this roadway look to be a bumpy ride to say the least.

CAA has also done a breakdown of the worst roads in different regions in Ontario. Click here for the full report.