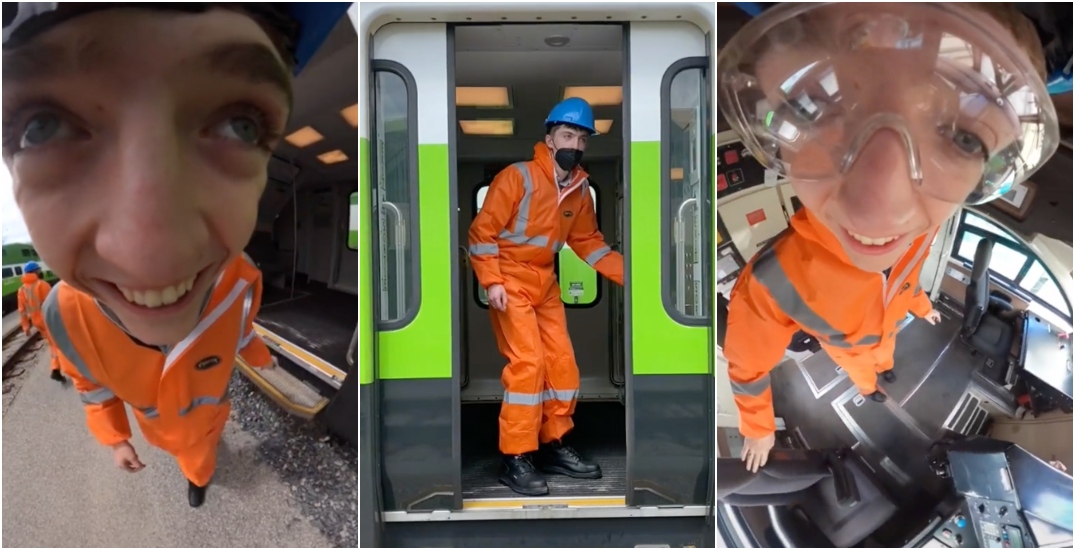 From the UP Express to the GO Train, people have been loving trainspotter Francis Bourgeois’ reviews as he checks out Toronto trains — and this time we’re getting the behind-the-scenes tour.

“I couldn’t resist taking a closer look at the locomotives in the @GoTransit fleet,” he states in the caption of the sponsored post.

In a previous video, Bourgeois hopped on the GO Train from Union station to Rouge Hill, marvelling at his first experience aboard a double-decker train.

He was impressed by the free WiFi, the great service, and the size of the locomotive.

“The trains in Canada are HUGE!” he exclaimed.

This time, decked in orange coveralls, Bourgeois gets the VIP treatment with ultra exclusive access to a part of the train that few have seen before.

“Whilst on a tour of the GO Transit train depot, I decided to take a closer look at the beastly locomotives,” he said. “I climbed up into the helm of locomotive 634, looked in the cab, and made a beeline for the engine room.”

“That’s an EMD 710 power unit,” he observes before getting excitedly pushing the ‘engine start’ button.

“Don’t worry, I was allowed to start the engine!” he stated in the caption.

Viewers are delighted by his enthusiasm for trains that, let’s be real, most of us Ontarians take for granted.

“The GO train used to fly past daily and I have never thought so in depth about it until watching these videos,” said one commenter.

“My man named that engine like it was the Supra of the train world,” one quipped.

“I’m so curious which gen z staff member of the GO marketing team pushed for this to happen,” mused another.

“Whoever it was they deserve a raise,” another replied.

With current gas prices, that might not be such a bad idea…