As we near the start of Scotiabank’s new naming rights deal for the home of the Toronto Maple Leafs and Raptors on July 1, we’re beginning to get a sense of what the change will look like.

Scotiabank Arena (get used to it), will include more changes than just replacing the old Air Canada Centre signage.

That’s happening too, of course, as “Scotiabank Arena” and the Scotiabank logo will be featured prominently outside of the stadium, as the designs below from Kramer Design Associates illustrate.

But most notably, Maple Leaf Square is getting an upgrade.

A new, larger, outdoor video screen will be installed in place of the old one at Maple Leaf Square. 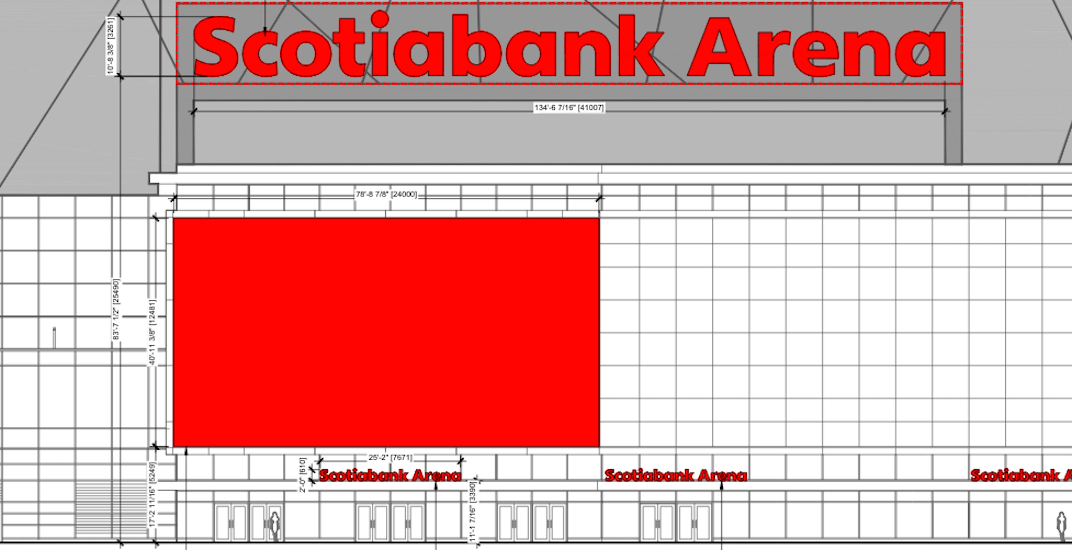 The current 30 x 50 foot screen will be replaced by a 40 x 78 foot one – more than twice as large in area – which is great news for the many fans that watch playoff games outside of the arena each spring.