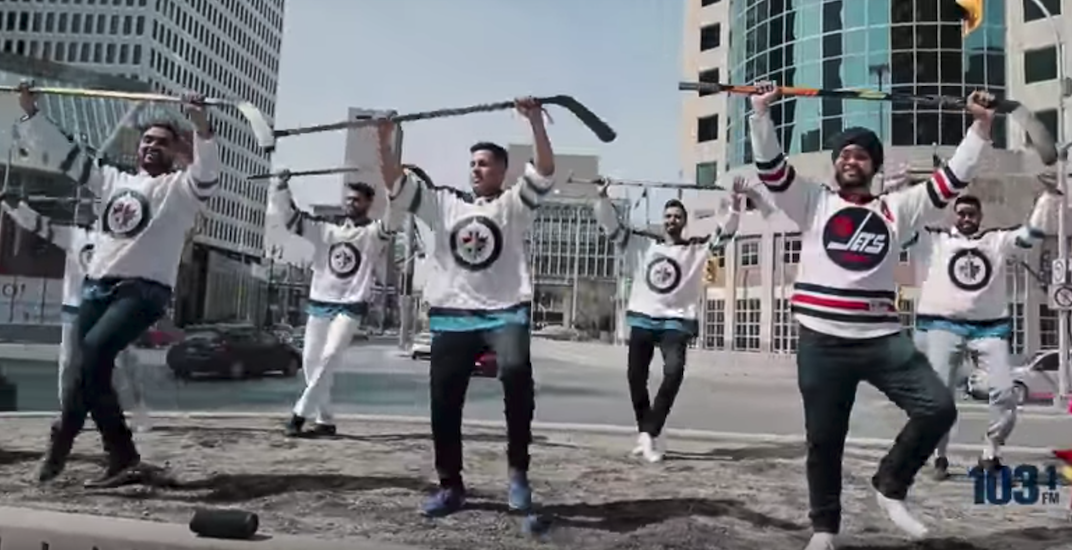 What a time to be a Winnipegger.

Just one game away from reaching the Conference Final for the first time in Jets history, Winnipeg is ready to explode. Despite cold weather, outdoor viewing parties had to be expanded, and that was in the first round.

Now in the second round, improving weather (a high of 31°C is in today’s forecast), organizers are expecting 23,000 people to show up to tonight’s viewing party – which doesn’t count the 16,000+ people attending the game at Bell MTS Centre. The Jets can punch their ticket to the third round with a win in Game 6 against the NHL’s best team, the Nashville Predators.

Do that, and they’ll be dancing in the streets.

Check that, they’re already dancing in the streets, thanks to this new Bhangra remix of Winnipeg vs Everybody. Enjoy:

The Jets are Canada’s last chance to end a 25-year Stanley Cup drought. The Flames, Oilers, Senators, and Canucks (twice) have all made it to the Finals since then, but failed to lift the Cup as the Montreal Canadiens did in 1993.