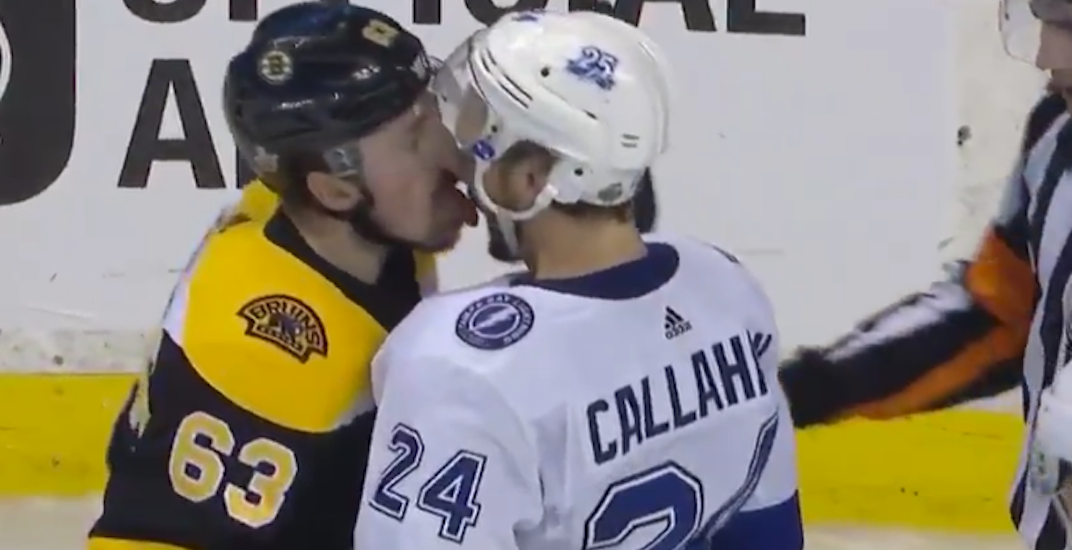 When the Boston Bruins were eliminated from the Stanley Cup playoffs on Sunday, everyone was getting their licks in.

That’s what happens when you’ve got a serial smoocher on your team, one who was already the most hated player in the league. Not long after he got up close and personal with Leo Komarov during Boston’s first-round series with the Toronto Maple Leafs, Brad Marchand drew headlines after he licked Tampa Bay’s Ryan Callahan in the face, grossing everyone out on Friday.

The NHL actually had to warn Marchand to stop licking opponents – a first for any player in league history. So when the Lightning ended the Bruins’ season in five games, the internet had plenty of material to work with.

The Bruins weren’t really worth a lick this series.

Finally it’s the Bruins who get licked.

Did we do this already? I’m sure but here goes:
Guess the Bruins got

Also getting in on the fun? The Montreal Canadiens:

Without naming names, just a reminder that licking is frowned upon on the golf course as well.https://t.co/UOYGLsr013

If you thought that the licking bandit would let this go from Boston’s biggest rival, then you don’t know Marchand.

Of course, he fired back:

Even in defeat, Marchand somehow found a way to get the last laugh.