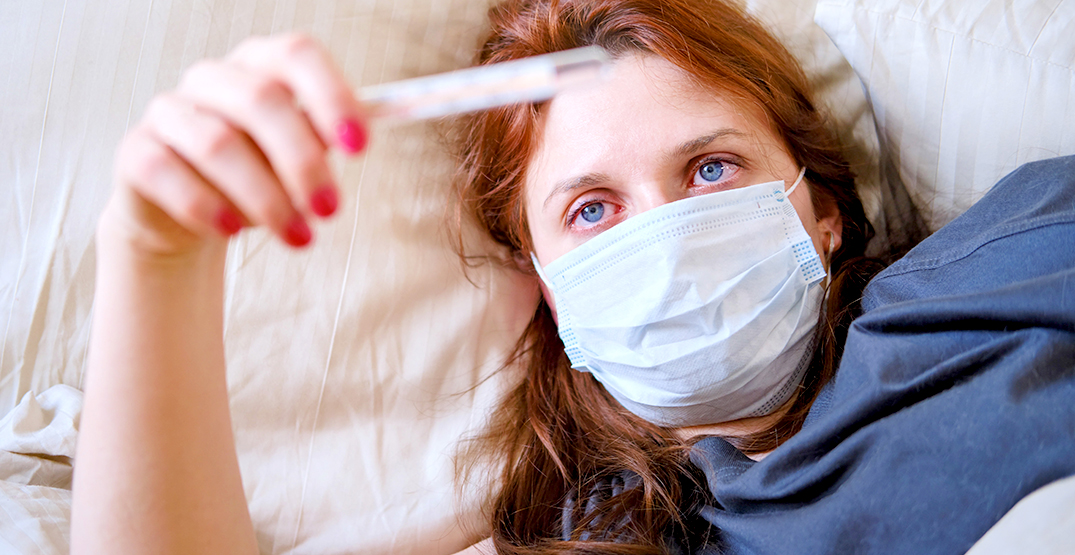 With Omicron being the pervasive COVID-19 variant across Canada right now, you probably know someone (or are someone) who’s experiencing its milder symptoms.

However, Chief Public Health Officer Dr. Theresa Tam says that, while the risk of being hospitalized is lower for Omicron, the surge in cases is driving hospitalizations and ICU admissions.

“While surveillance/recent studies indicate that risk of hospitalization is lower for Omicron compared to Delta, sudden acceleration [of] Omicron with an enormous volume of cases is driving up severe illness trends,” Tam tweeted on Sunday.

1/3 #COVID19 key concerns 🇨🇦: while surveillance/recent studies indicate that risk of hospitalisation is lower for #Omicron compared to Delta, sudden acceleration Omicron with an enormous volume of cases is driving up severe illness trends. https://t.co/1rATbJjmHd

Dr. Shazma Mithani, an emergency doctor in Edmonton, has seen an increase in both children and adults who are coming to hospitals and testing positive for COVID-19.

“I’m definitely seeing a big spike in people who are coming in with respiratory virus-type symptoms,” she told Daily Hive. “So, cough, runny nose, fever, sore throat. And a lot of those swabs are coming back positive for COVID.”

Mithani, who works in the adult and pediatric emergency departments at the Royal Alexandria Hospital and Stollery Children’s Hospital, warns not to ignore those milder symptoms.

If you think you’ve been exposed to Omicron, here’s what you should do based on expert advice.

First off, what symptoms should you be looking out for?

Cold-like symptoms like a sore throat, feeling of fatigue, runny nose, coughs, fevers and body aches could all be signs of a case of the new variant.

“Even a tiny sore throat like a little scratch in your throat, don’t ignore that,” stressed Dr. Mithani.

She added that the loss of taste and smell is less common in Omicron cases and for people to not be “falsely reassured” if they still have those senses.

Dr. Mithani says the first thing to do is isolate yourself.

“As long as you’re feeling well and don’t think that you need hospital care, isolate yourself,” she said.

If you start feeling symptoms in a public setting like at work or a social gathering, Dr. Mithani says not to be embarrassed to excuse yourself from the situation, because the most important thing is to minimize contact with people.

Some provinces, like Quebec, BC and Ontario, have decreased their self-isolation requirements to five days for people who are fully vaccinated and have tested positive. If the symptoms have resolved after those five days, they are allowed to go back to public activities.

For those who are fully vaccinated and have been in contact with someone who tested positive, there is no legal requirement to isolate for most provinces, but Dr. Mishani says that, in her opinion, the right thing to do is to still self-isolate for five days and monitor for symptoms.

The second thing you should do is get tested.

Depending on your eligibility in your province, rapid antigen tests are usually available for people who are both asymptomatic and symptomatic.

However, it may be hard for you to get a rapid test as they’re in high demand, so much so that people were reselling them in Ontario.

Dr. Mithani also acknowledges that they’re seeing a large number of false negatives with rapid tests. In December, the US Food and Drug Administration warned that these tests may not always detect when someone is positive with Omicron.

“We’re seeing with Omicron in particular, it’s taking longer for the rapid test to convert to a positive test result, even with symptoms,” she explained. “Just because your rapid test is negative does not mean you’re in the clear.”

She adds that you should continue to isolate while you have symptoms and get a rapid test every 24 to 48 hours while symptomatic.

You can also get PCR test, although provinces like BC were urging people without symptoms to skip PCR tests due to long lines.

How can you treat Omicron at home and how do you know if you need to go to the hospital?

Dr. Mithani says to drink lots of fluids and get rest.

Jennifer Jackson, a registered nurse at the University of Calgary, also advises people to monitor their breathing.

“So most of the time we breathe, and don’t even think about it,” she explained. “If it rises to the level where you’re thinking about it as you’re doing it, you want to keep an eye on that.”

If it’s becoming difficult to do everyday things like take a shower or cook food, Jackson says you should seek out medical attention.

Dr. Mithani adds that you should watch for signs of dehydration as well. She says there can be symptoms of vomiting and diarrhea with COVID-19, which she’s seeing in a lot of pediatric patients.

“If you’re not able to tolerate fluids and keep anything down, and you’re feeling worse, rather than kind of getting better over the course of your illness, that would also be a reason to seek medical attention,” said Dr. Mithani.