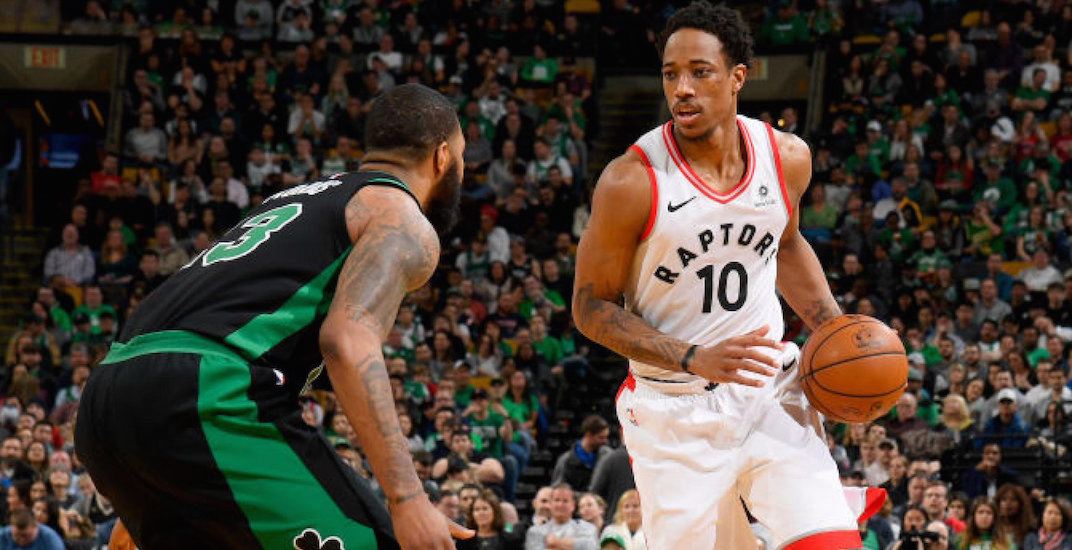 You can breathe again, Raptors fans.

There were more than a few nervous people heading into the Air Canada Centre for a meeting of the Raptors and Celtics – the top two teams in the NBA’s Eastern Conference this season – on Wednesday.

Having won just three of their last eight and coming off a loss in Cleveland the night before, Toronto was in danger of letting first place slip.

An emphatic 96-78 win by the Raptors solved that though, matching their franchise wins record, improving their record to 56-22.

Instead of having the Celtics breathing down their necks the rest of the way, Toronto’s got a three-game lead over Boston with just four games left. The win also ensured that the Raptors would win any potential tiebreaker with the Celtics. 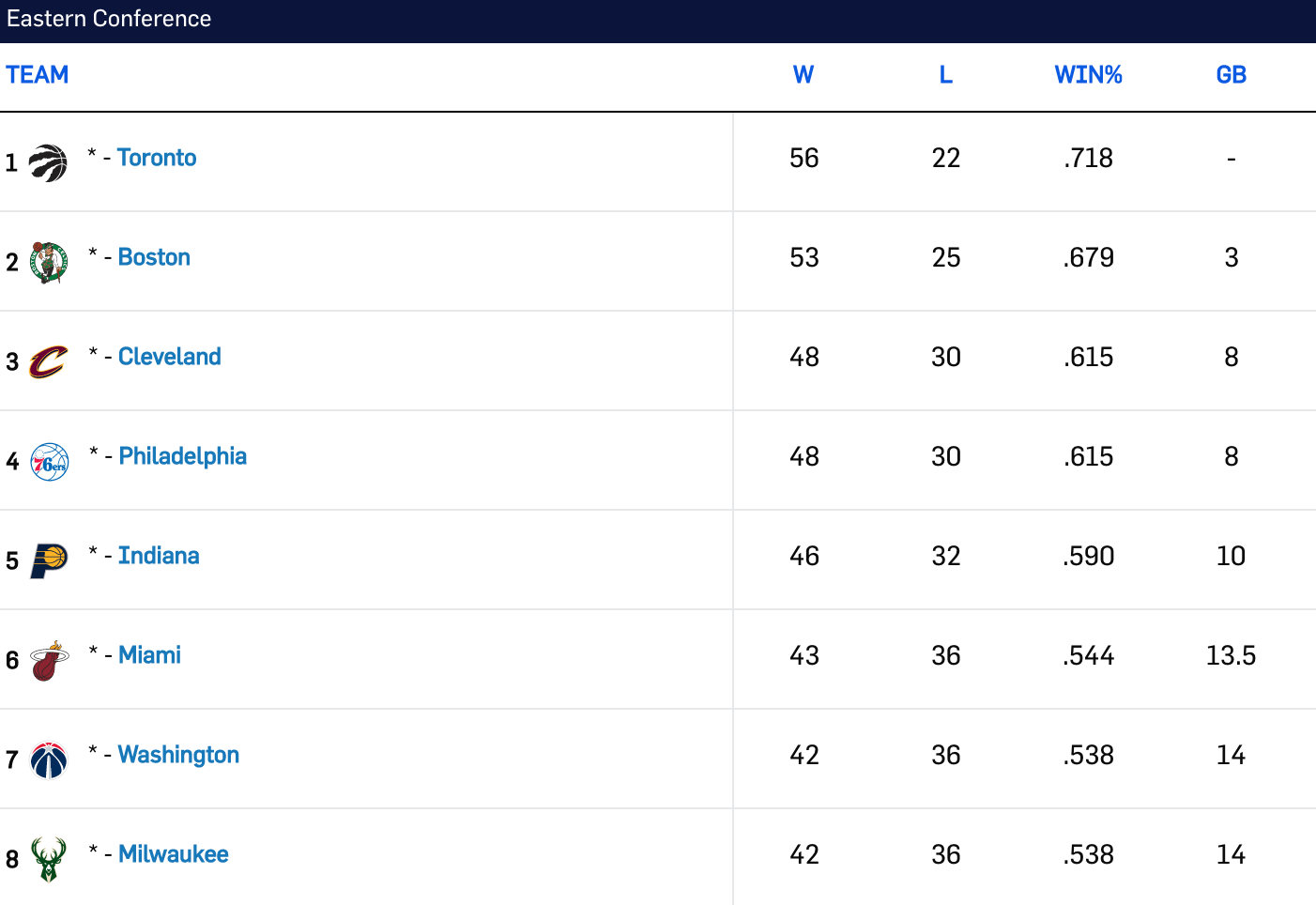 A single win by Toronto or a single loss Boston in the next week would clinch first place in the Conference for the first time in Raptors history. That could come as soon as Friday, as the Raptors host the Indiana Pacers, while Boston heads home to play the Chicago Bulls.

Here’s how the remaining schedules look for both teams:

Also worth checking out is where the Cleveland Cavaliers finish up. Nobody wants to face LeBron James if they can avoid it, but if the Cavs slip to fourth place, they’ll be a likely second-round matchup for Toronto.

Cleveland is tied with Philadelphia for third/fourth at the moment, so you should be cheering hard for LeBron the last four games.

They have similar schedules, and actually play each other once.

Getting the Cavs – a team some consider the most dangerous team in the East – in Round 2 would be a cruel reward for winning the Conference.

But the Raptors have a lot of work to do before then. They’d like to clinch first place as soon as possible, then focus on their first round matchup – likely against Milwaukee, Washington, or Miami.