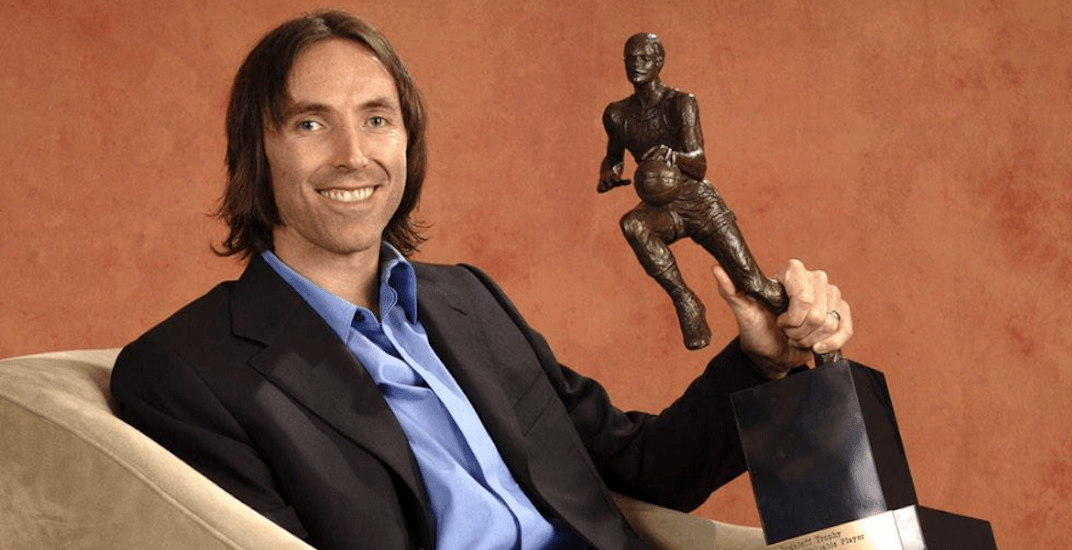 What Steve Nash was able to accomplish during his NBA career was unprecedented for a Canadian basketball player, nevermind a skinny kid from Victoria.

On Thursday, a report from basketball insider Adrian Wojnarowski confirmed what most expected: Nash will become a Hall of Famer.

Grant Hill, Jason Kidd and Steve Nash have been notified that each will be inducted into the Naismith Basketball Hall of Fame's Class of 2018, sources tell ESPN. Formal announcement comes at Final Four weekend.

Nash will be joined by a couple of former teammates, as Grant Hill and Jason Kidd will also be inducted this year.

After an 18-year career that included back-to-back NBA MVP Awards, Nash is quite clearly the best basketball player to ever come out of Canada. Though the Naismith Basketball Hall of Fame is named after the Canadian that invented the sport, Nash will become just the second player from our country to be inducted.

Nash will join Vancouver’s Bob Houbregs, who was inducted in 1987, as Canadian basketball players in the Hall.

Known best for his days with the Phoenix Suns and Dallas Mavericks, Nash retired as a member of the Los Angeles Lakers in 2014.

Inductees will officially be revealed during the Final Four this weekend, with enshrinement taking place in Springfield, Massachusetts in September.