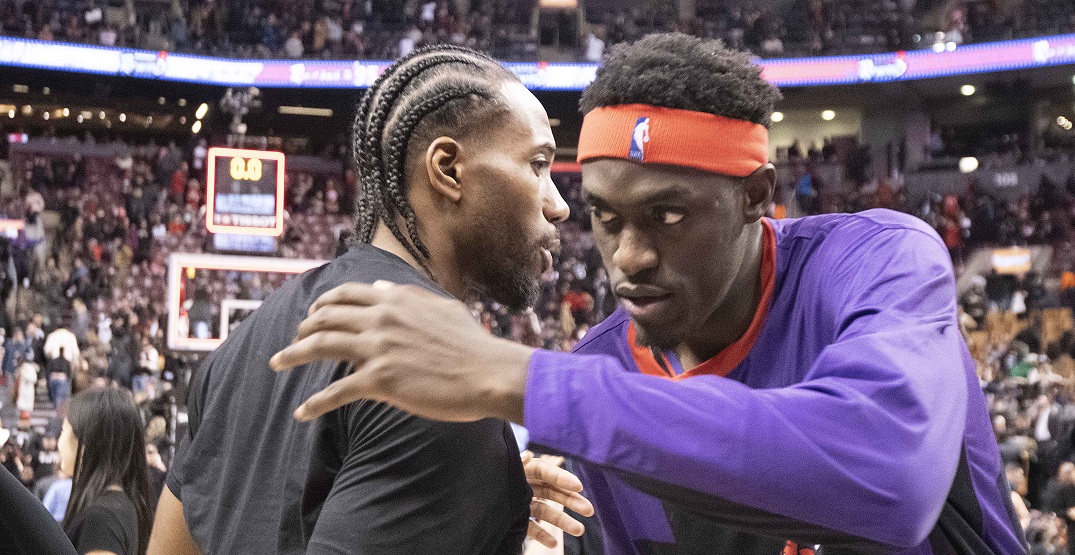 For fans of the Toronto Raptors, it’s hard to forget the Kawhi Leonard era.

Though “the Klaw” spent less than a calendar year as a member of the Raptors organization, the 2018-19 championship-winning season will forever sit as a favourite memory of just about any Toronto fan.

Many have described Leonard as a one-of-one talent, unique in both his approach to the game, invariably calm demeanour, and the skills and physical attributes he possesses on the basketball court.

So when it comes to finding a comparable for him, it hasn’t always been easy. Current Raptors OG Anunoby and Scottie Barnes have often been compared to Kawhi for their two-way games and positional versatility, but it’s still not quite a perfect fit.

“He surprised me a lot this year,” Nurse said of Siakam at Monday’s end-of-season media availability. “Some of the nights, he’d have a 43-minute night, 30 points, 10 rebounds, and I’d roll in here at 8:15 am [the next day], and he’d be out here at 8 in the morning, and it would make me tired seeing him out there. It shows that he understands — you guys know that I used to say this about Kawhi — he understands what a day looks like to be a great player.”

Siakam won the 2018-19 NBA Most Improved Player while playing alongside Leonard but has continued his growth in the following seasons.

Siakam averaged 22.8 points, 8.5 rebounds and 5.3 assists in 68 games this season, the latter of which were both career highs.

Nurse said that “it’s super impressive” to see Siakam’s dedication to his craft.

“I always thought that it never fazed Kawhi at all, and with Pascal, it’s almost enjoyment, right?” Nurse added. “You see him coming in, and he’s out there with a smile on his face going into work, putting in a day’s work. And some people are like, ‘Oh jeez, I don’t know if I can do this again today,’ but not Pascal. He was out there doing it with enjoyment and love of the game and understanding what it takes to reach a level of great play that he was able to reach.”