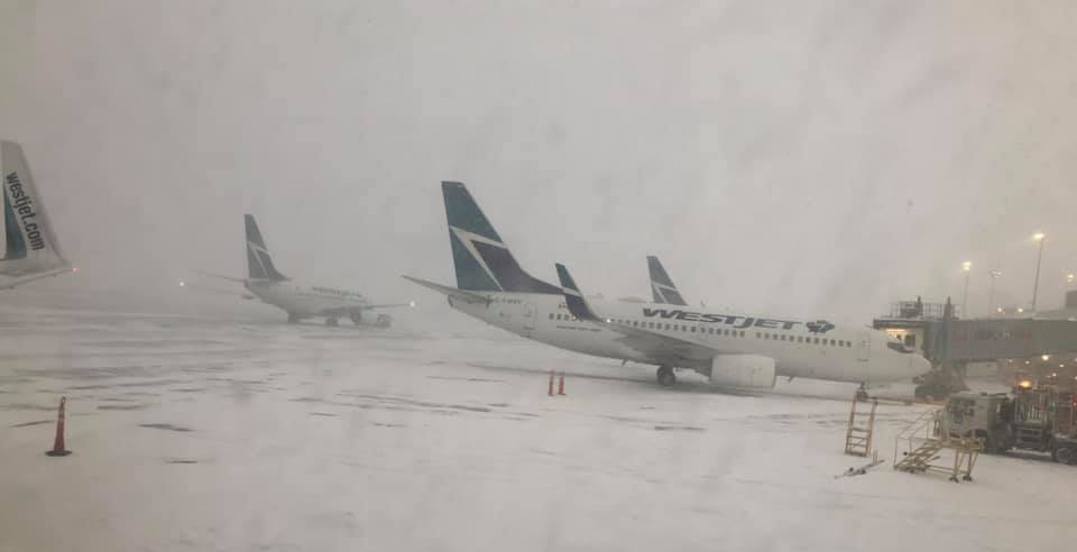 After a long flight, all you want to do is get home to your bed.

But unfortunately, for over 100 passengers and crew members on board a WestJet flight from Calgary to Toronto late Wednesday evening, that couldn’t happen.

After landing at Toronto Pearson Airport, a WestJet aircraft became stuck in the snow, leaving passengers stranded until the plane was towed to safety.

There were 123 guests and six crew members on flight WS670, which flew in from Calgary, according to a WestJet official.

After landing at @TorontoPearson, upon turning off the runway onto the taxiway, one of our 737-700 aircraft became stuck in snow. All 123 guests and six crew on flight WS670 are uninjured and emergency crews were on scene to ensure the continued safety of all.

Emergency crews were called to the scene, and initial reports from Peel Regional Police indicated the nose of the plane had slid off the taxiway but authorities later said that was not the case.

Update: After examining the aircraft it has been determined that the nose gear did not in fact leave the taxiway but was instead stuck in snow. The aircraft was freed from the snow and taxied to the gate on its own power.

According to WestJet officials, the 737-700 aircraft was freed from the snow and was able to taxi itself to the gate “under its own power.”

No injuries were reported, according to the airline.