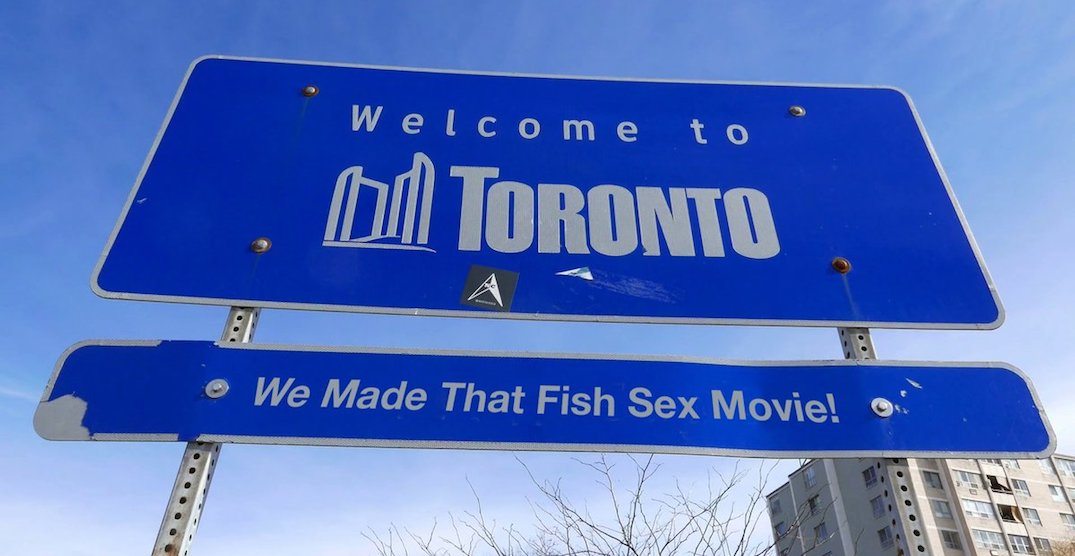 Toronto film makers were extremely proud of the recent Oscar wins for The Shape of Water.

Canada’s own Paul Austerberry, Jeffrey A. Melvin, and Shane Vieau won an Oscar for best production design for their work on the movie, which was filmed in Toronto and Hamilton and had a largely Canadian crew.

So when the movie became the biggest winner of the night, Toronto reacted accordingly.

We made That Fish Sex Movie! ~ our new city motto #Toronto #Oscars https://t.co/DcVAPa3B3w

A day after Andras’ tweet, Dan Seljak delivered what we have all been waiting for.

No word on whether or not the City of Toronto will be endorsing the new motto.